Rayshard Brooks told police he thought he was in Clayton County 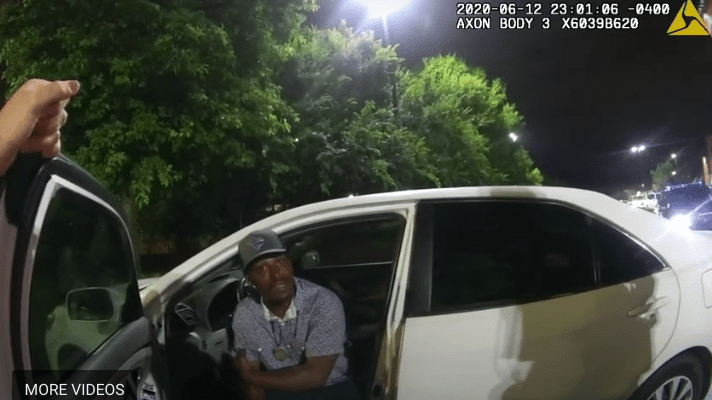 Atlanta Police Department bodycam video obtained by CBS46 shows Rayshard Brooks, 27, telling officers Friday that he was coming from Jonesboro and that a woman in a black Volvo had dropped him off from the Home Lodge motel at the Wendy’s on University Avenue in Atlanta.

One officer asked Brooks if he knew where he was.

Brooks: “The Home Lodge is there, right–right here,” (pointing behind him). “Subway, it’s a Subway right here. I’m cool.”

Officer: “So you think that you’re in Forest Park right now.”

Officer: “No. Quite a ways away from it.”

Officer: “You’re not even in Clayton County.”

Officer: “Old Dixie Highway is not in Atlanta.”

Officer: “Right, this isn’t Forest Park. This is Atlanta.”

Officer: “Anyway, how much have you had to drink today?”

After Brooks failed a field sobriety test, officers began handcuffing him. Brooks struggled to escape, grabbed an officer’s Taser, ran away, then turned and fired on one officer. At that point, an officer shot and killed Brooks.

Brooks’ Facebook profile shows he attended the Forest Park Street School. A check of Clayton County court records shows Brooks had a string of convictions for family violence, child cruelty, theft, drug charges, and obstruction of officers, as well as probation violations, between 2011 and 2016.

Attorney L. Chris Stewart, who represents Desmond Marrow in his suit against Henry County for allegedly covering up a police chokehold incident during Marrow’s arrest, is representing Brooks’ children in this case.

Brooks had been celebrating his eight-year-old daughter’s birthday before his fatal encounter with police.

The Wendy’s where Brooks was shot was burned down during overnight protests. Police eventually used tear gas to disperse the crowd early Sunday.