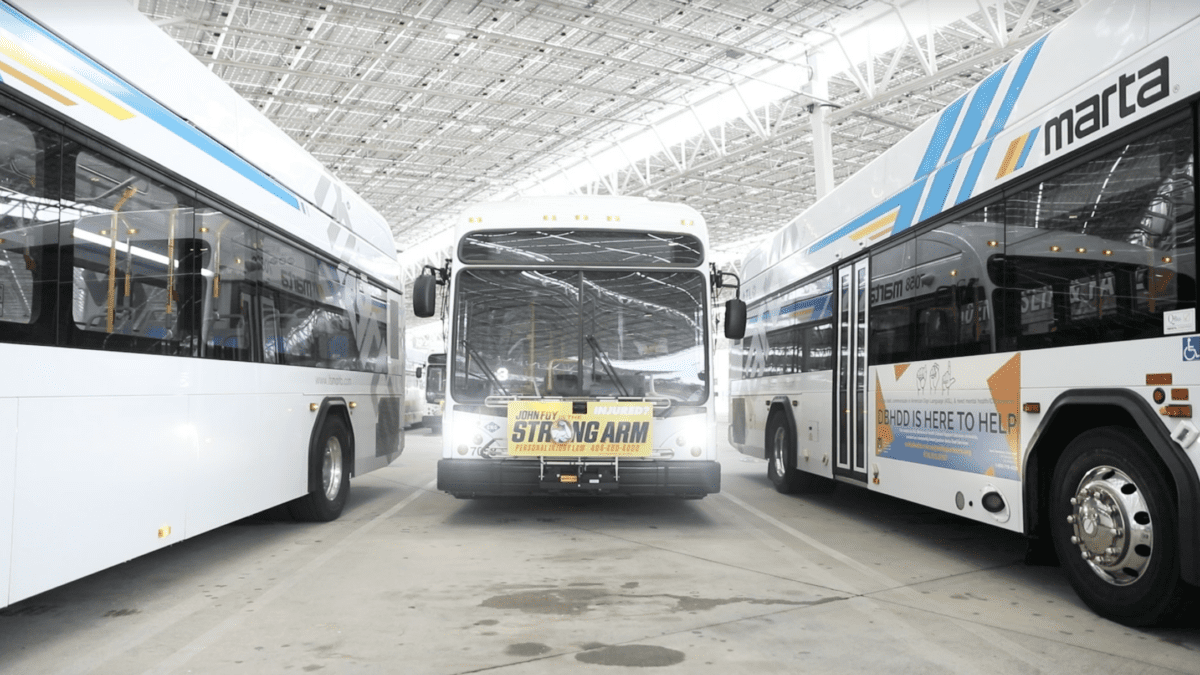 Clayton County residents will see a new MARTA service facility and police station in Forest Park, as well as pedestrian improvements, the new station at the Justice Center, and ongoing installations of bus shelters, as the transit authority widens its local presence.

This week, MARTA announced $13 million in funding from the Federal Transit Administration for the Operations and Bus Maintenance Facility, which will be built in Forest Park. MARTA says the facility, slated to open in 20206, will cost $116 million to build and will cut “deadhead costs,” which are the costs of running empty buses.

The site, which Chairman Jeff Turner said is in the process of being nailed down, will include garages, a MARTA Police precinct, offices, training and maintenance areas, and multi-fuel point, inspection, and wash stations. It also will use a solar canopy and recycle rainwater and rinse water from the bus wash.

In a press release, MARTA noted that “(t)he project recently received a categorical exclusion determination under the National Environmental Policy Act (NEPA), because no negative environmental impacts are expected from repurposing a mostly empty industrial property.” However, MARTA did not specify the exact location under consideration, citing ongoing negotiations.

“The overwhelming majority of Clayton County voters who supported MARTA did so with the understanding that jobs and economic development were part of the equation,” Turner said. “This is an important step–and one we must celebrate–on the path to this project becoming reality and bringing 650 jobs and vibrancy to Forest Park.”

According to a MARTA press release, the county will use the funds “to build a decision support system for transport project prioritization to promote mobility and equity, and to identify smart technologies to support walkability throughout the community,” adding, “MARTA’s role in this project is still being discussed.”