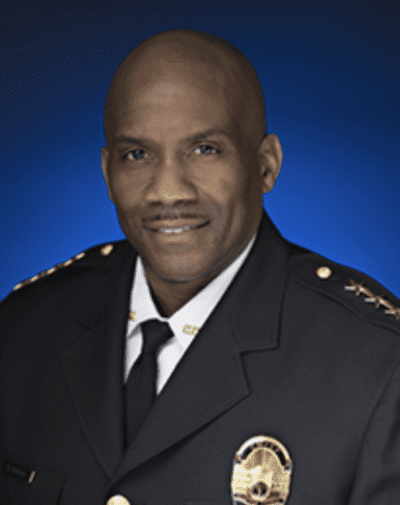 The Clayton County Police Department says it is no longer providing support to the Atlanta Police Department for the demonstration against a Minneapolis Police officer who killed George Floyd by kneeling on his neck until he died while other officers stood by.

The move comes amid reports of multiple agencies leaving the operation after Fulton County District Attorney Paul Howard filed criminal charges against six officers involved in Tasing a Morehouse and a Spelman student, then pulling the students from their car. Atlanta Police Chief Erika Shields fired two of the officers involved.

In an e-mail to APD staff leaked to WSB-TV’s Nicole Carr, Shields called the charges against the other officers “political” and that she had been “blindsided” by them. Howard is running for re-election and the Georgia Bureau of Investigation is looking into whether he allegedly improperly redirected $140,000 from a nonprofit to his own salary.

According to WSB, Shields also said the officers she fired were “good people and good cops” who made “multiple mistakes in a heated moment.”

A CCPD spokesperson told The Clayton Crescent that the decision to pull out came on Monday, which would include both SWAT and all specialized units, who were pulled from regular duties in Clayton County.

Law enforcement and fire departments often share interagency agreements, which are approved by the city or county governing body with jurisdiction, to assist each other in times of crisis.

“The Clayton County Police Department has been assisting APD as per their request, for the past few days. It was decided yesterday (Monday) that our department needed to ensure that we didn’t continue to exhaust and/or deplete our resources,” according to the spokesperson. “Chief Roberts wants to assure that we have the resources necessary to respond to any incident that could possibly take place within our jurisdiction. Additionally, Chief Roberts wanted to ensure that the officers had the opportunity to rest prior to returning to their regular assignments.”

However, CCPD did not rule out going back to Atlanta if needed.

Asked on the record whether the decision had anything to do with either Shields’ firing the two officers or Howard’s charging the six officers, CCPD resent its previous statement verbatim.