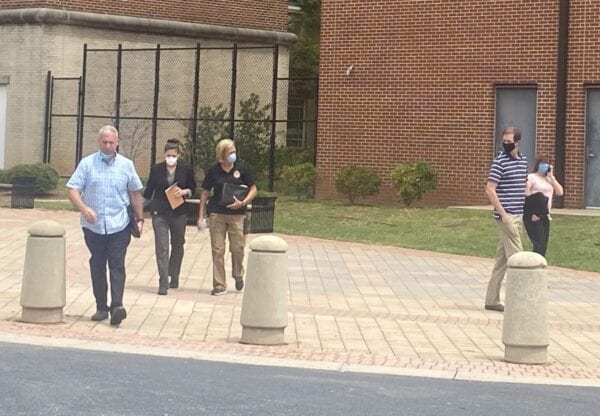 Update: a source tells us Hill’s home is also being raided. No activity could be seen from the road. An older model SUV drove out of the property at moderately high speed.

Numerous sources are telling us the FBI has raided the Clayton County Sheriff’s Office. An unconfirmed report says Sheriff Victor Hill is in custody. The Clayton Crescent has not confirmed this to be the case.

A CCSO deputy at the courthouse referred inquiries to the public information officer, Philip Price. Price did not answer repeated calls.

News crews have staked out the rear entrance, where several people who appeared to be with the FBI declined to identify themselves. One appeared to be wearing an FBI logo shirt.