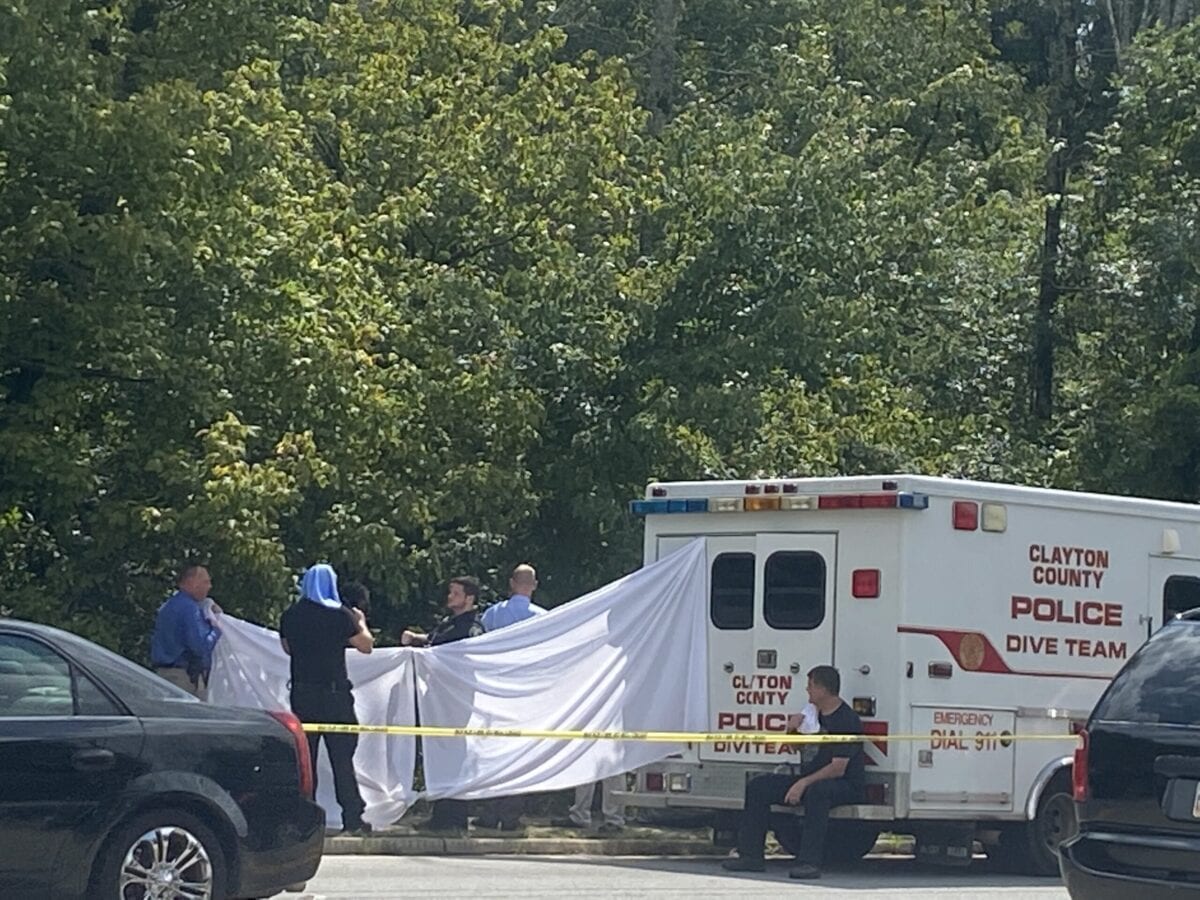 The Clayton County Police Department Dive Team has recovered a body from the Flint River at the Upper Riverdale Road bridge.

CCPD Capt. Jodi Turnipseed said the body was that of an adult male and that the person appeared to have been in the river “for a while.”

“It was not an active drowning,” she said.

Police responded Monday, Aug, 31 to a call of a possible drowning in the river where it passes under Upper Riverdale Road near Southern Regional Medical Center.

Clayton County Police and the Georgia Bureau of Investigation at the recovery of a man’s body from the Flint River at the Upper Riverdale Road bridge on Aug. 31, 2020.
A flash flood had hit the area overnight. (Photos: Robin Kemp)

“Obviously, it was determined that there was someone deceased in the water, and the dive team responded to recover the victim from the water,” she said. Because of where the body was found, she added, it was most likely a pedestrian who spotted it.

A Georgia Bureau of Investigation medical examiner was on scene and the GBI will conduct an autopsy, Turnipseed said. CCPD detectives and the GBI are investigating.

“With the flash floods that we had last night, we had heavy rains in the area,” Turnipseed noted, adding that the area floods heavily. Grass along the riverbank was still flattened out from the previous night’s flood.

How the man’s body wound up in the river is under investigation, she said.

“Basically, it’s turned over to the GBI and the CID unit–our detectives–to determine what, after an autopsy is done, to determine if there’s any foul play or what the circumstances were in the situation.” Homeless people are known to frequent the general area, she added.