Right now, Georgia veterans pay taxes on their military retirement benefits. But there appears to be bipartisan support at the Gold Dome for lifting that burden from those who served their country.

The bill also would end taxes on military survivor’s benefits.

At Wednesday’s “Eggs and Issues” breakfast, a Chamber of Commerce event kicking off each legislative session, Republican Gov. Brian Kemp also said he wants to wipe out taxes on veterans’ retirement benefits. 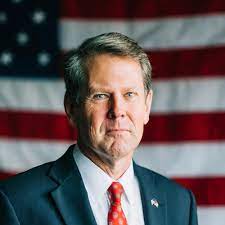 On his 2022 gubernatorial campaign website, Kemp lists “eliminat(ing) the state income tax on military retirement income” as his first priority for veterans. Kemp also says he wants to “(s)ecure funding for Veterans Career Transition Resource Center (VECTR) satellite services at all 22 Technical College System of Georgia campuses” and create a senior-level position in his office “to defend our nine military installations and strengthen the communities and local economies they support.”

Scott, herself a veteran, said Friday, “I am truly grateful that HB252 may make it to the Governor’s desk for signature. Let’s start a writing campaign this weekend in support of HB252 becoming a law in 2022. We have waited a long time for our retirement benefits to be tax free.”

Critics of the tax say it’s one reason why some Georgia veterans retire to neighboring states like Florida that don’t tax their benefits.

See all veterans-related bills pending in the state House and Senate.