Fatal wreck shuts down I-75 S at Tara Blvd. 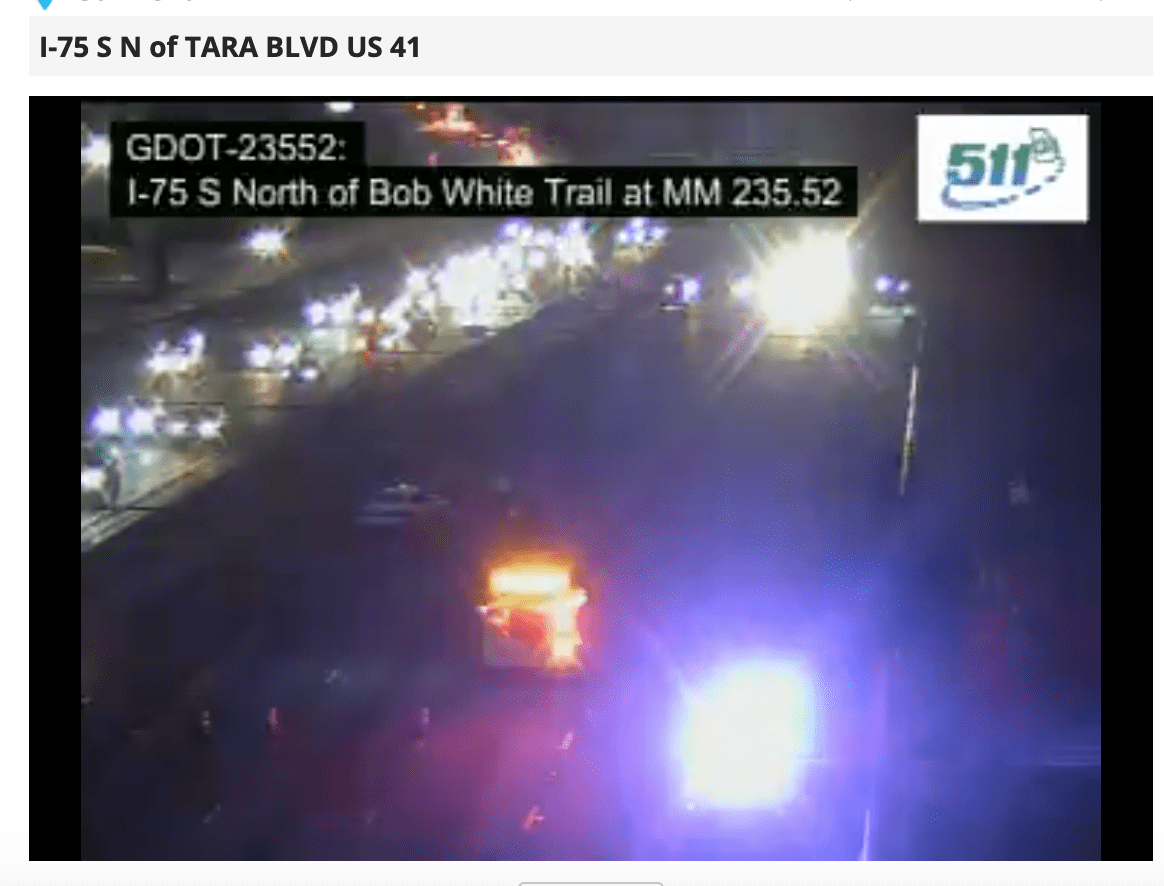 Clayton County Police say two motorcyclists are dead and another is hospitalized in critical but stable condition after a wreck shut down I-75 S before Exit 235 at Tara Boulevard in Jonesboro Sunday afternoon.

In a statement released just before 8 p.m., CCPD said it had responded to a call of “multiple motorcycles” in an accident. When they arrived, they found two motorcyclists unresponsive and citizens were giving them CPR until EMS arrived. One motorcyclist was pronounced dead at a local hospital. Another died at the hospital. A third is hospitalized and at last check was in critical but stable condition. A fourth motorcyclist was treated by EMS at the scene for non-life-threatening injuries.

Drivers are being diverted to Exit 237 at Forest Parkway. From there, you can pick up I-675, I-285, or Moreland Avenue if you need to get out of Clayton County, or take Jonesboro Road (Ga. Highway 54) to get around inside the county.

Traffic was snarled along Old Dixie Highway and surrounding roads near Tara Boulevard before 5 p.m. Several police units running lights were parked along the southbound shoulder of I-75 before Exit 235 shortly after 4 p.m. A Clayton County Sheriff’s deputy car was on the bridge coming from Bob White Trail over I-75 to Lee’s Mill Road and a CCPD cruiser running lights and sirens sped up the northbound side of I-75.

As of 5:16 p.m., Georgia DOT posted a major traffic alert, warning drivers to avoid the area: “All lanes of I-75 south are blocked just before (Exit 235) Tara Blvd in Clayton County. There is no estimated time of clearance. All southbound traffic on I-75 is being diverted off at (Exit 237) Forest Pkwy until further notice. Motorists are advised to use alternate routes to avoid long delays.”

And here is I-75 S just north of Tara Boulevard:

CCPD says the incident is under investigation and that no names have been released as of press time.