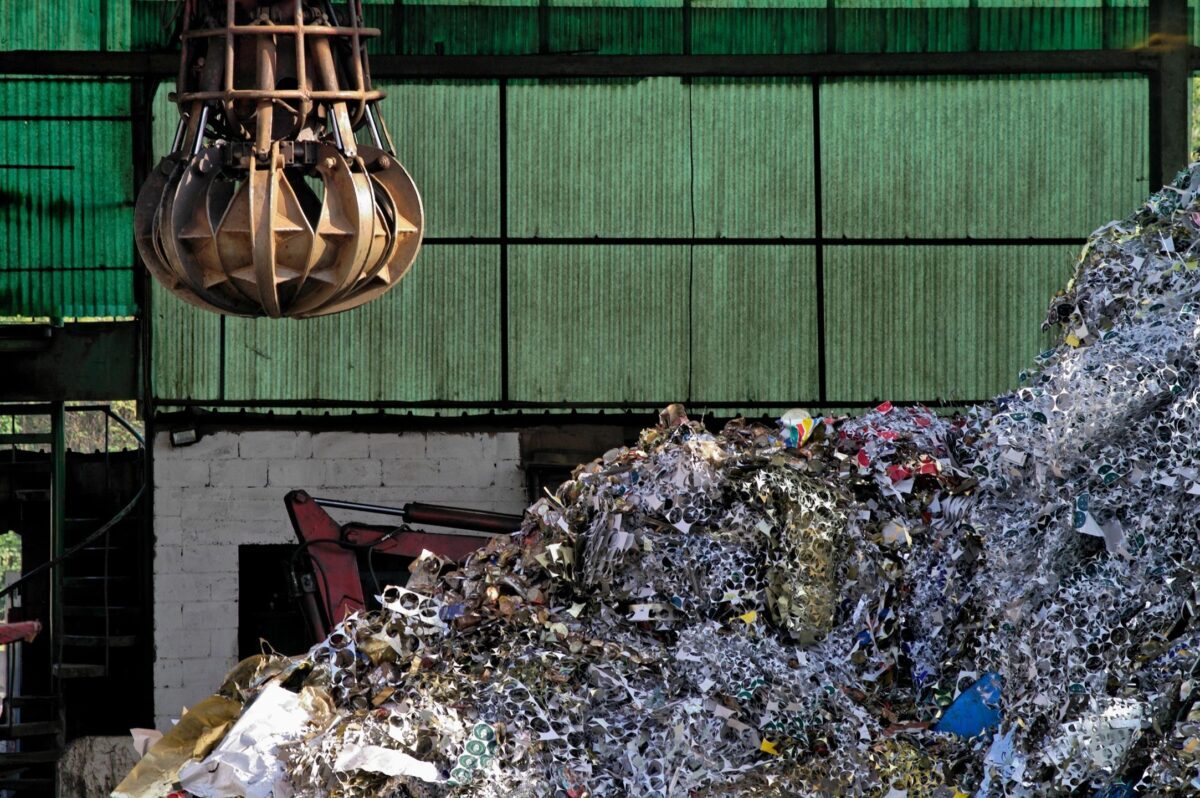 Where would a second transfer station go?

The Clayton County Board of Commissioners voted Tuesday night on a resolution making trash pickup mandatory in unincorporated Clayton County within the next two years.

Commissioner DeMont Davis said he thought the effort was rushed and that citizens should have had more input before the item was put on the agenda.

Chairman Jeff Turner told The Clayton Crescent that, if approved, the request for proposals “would go out as soon as possible” and that “The trash would go to whatever landfill the providers currently use.”

The resolution, 2021-286, would authorize the Solid Waste Management Authority to “enter into agreements in furtherance of a project granting, directing, or providing for an exclusive right or rights to collect, acquire, receive, transport, store, treat, process, utilize, sell, or dispose of discarded solid waste.”

The county’s Commission District Delivery Plan for Curbside Collection would require residents of unincorporated Clayton County to use a curbside garbage and solid waste collection and disposal service of the county’s choosing.

Turner said he wasn’t sure whether there would be any informational sessions for residents to ask questions. “I personally believe that informational hearings should have been conducted before it was placed on the agenda for a vote,” he said. “If sessions are held, I’m sure someone from the industry or Jacobs would be present to answer questions.” He added that such sessions might take place at the district level. “Usually the commissioners would discuss the topic during their monthly town hall meetings, but I can’t speak for them as to whether or not they intend to conduct any.”

Right now, people living in unincorporated Clayton drive their recyclables to the recycling center near Clayton County Police Headquarters, burn their garbage, pay one of several companies working the area for pickup–or dump it illegally in commercial dumpsters or on the side of the road. In one case, employees of the Range, Guns and Safes shooting range in Forest Park had to run off someone they said regularly puts household trash in their dumpster. The trespasser drove off, clutching a bag of garbage on the roof of their compact car.

The move to mandatory trash pickup comes after the county used an online survey, by ZenCity, that critics say was not statistically valid. Oakwood Trails Neighborhood Watch’s Carol Yancey told The Clayton Crescent that she was able to enter and fill out the survey repeatedly, which means the results could be skewed by anyone. Yancey said she sent e-mails to BOC members pointing out the flaw but was brushed off. She then filed two Open Records Requests about ZenCity.

Asked who chose ZenCity for the survey, Turner told The Clayton Crescent, “Staff.”

The resolution refers to the ZenCity survey: “the County performed a survey via ZenCity (‘the Survey’) to gauge citizen interest in a mandatory curbside collection plan and the results of that survey was [sic] previously presented to the Board; and…the [Solid Waste Management] Authority has provided a Commission District Delivery Plan for Curbside Collection (‘the Plan’) based on feedback from the Survey as well as ongoing input from the Board and members of the community.”

Yancey said the county owns the data from the survey and that ZenCity claims, “Although all of the data we collect is public data, we never share the data with anyone but your city [in this case. Clayton County] and it’s up to them to decide what to do with the data and how they want to share it.”

Under Georgia’s Open Records Act, that data and the data fields are public record and the public has a right to see them. A private company might have collected the data, but they did it for a public entity–and that makes those records public.

The Georgia First Amendment Foundation explains in The Red Book: “Public records include records prepared, maintained, or received by an agency or a private person or entity in the performance of a service on behalf of an agency. Such documents are also public if they have been transferred to a private person or entity by an agency for storage or future governmental use. Records prepared or maintained by a private entity in cooperation with public officials or records that document contemplation of the use of public resources and funds are considered public records and are subject to the Open Records Act.”

The mandatory pickup plan, at least partly based on those survey responses, was created by Jacobs Engineering Group, Inc.

What does it say?

The resolution states that “there exists an urgent need in the County to develop and promote more efficient and environmentally safe collection and disposal of garbage and solid waste by various means” to protect “public health, safety, and well-being of the Citizens of the county.”

According to the resolution, the plan would create weekly household trash collection with four collection districts (one per commission district). The company that hauls the trash would be responsible for billing, collection, and customer service. The company also would collect “any administrative fee imposed by the County.” The ordinance also provides for Code Enforcement to go after anyone who doesn’t pay.

Additional services would cost more, but include:

The resolution does make an exception for “certain agricultural uses of a certain size,” specifically more than three acres.

Not in my backyard

It’s not clear where a new transfer station might go. In November 2020, according to SWMA’s minutes, the “majority of the Board of Commissioners desired Option #4: Mandatory Transfer Station, which would be a county contract with 3rd part[y] billing, as well as Option #3–but to pursue the transfer station.” The minutes did not detail what options were under consideration.

At the time, Turner said he was worried about possible illegal dumping. Commissioner DeMont Davis “expressed major concerns with billing and possible placement on the tax bill….it was decided that the Board of Commissioners would continue to move forward with the development of a transfer station. Ms. [Antonese] Dees reminded the board that all parcels previously discussed are still available” at an average cost per acre of $172,692.

A look at minutes from the January 28, 2020 meeting indicate several locations in Ellenwood and Forest Park–which already has a transfer station run by Waste Management at the foot of Cash Memorial Boulevard. Those included:

One concern with the 2733 Forest Parkway site was “trucks in and out.” Baskin made a motion, seconded by Carp, to look into that location and Dees was tasked with contacting the Scotts.

An aerial image on the county tax assessor’s website shows a wooded lot behind the Waffle House and McDonalds, next to the QuikTrip and across the street from East Clayton Elementary School.

During the February SWMA meeting, members “discussed the advantages and disadvantages of having two districts as well as potential alternatives and disposal options….In reference to flow control to the planned new transfer station, more revenue would result, and it would be franchise free.”

The board did note “possible homeowner concerns.” Residents near the Forest Park transfer station have complained on social media about rat infestations and offensive odors over the past several years. The city has told residents to call Public Works with any issues and that the city will talk to Waste Management.

In Lovejoy, on the other end of the county, is the Clayton County Landfill at 11678 Hastings Bridge Road. Some Google reviews indicate the price to drop off a load allegedly has doubled in recent months and that either inmates from the Clayton County Correctional Institute do the unloading.

The BOC took up the proposed resolution at Tuesday’s 6:30 p.m. meeting at 112 Smith Street in Jonesboro.