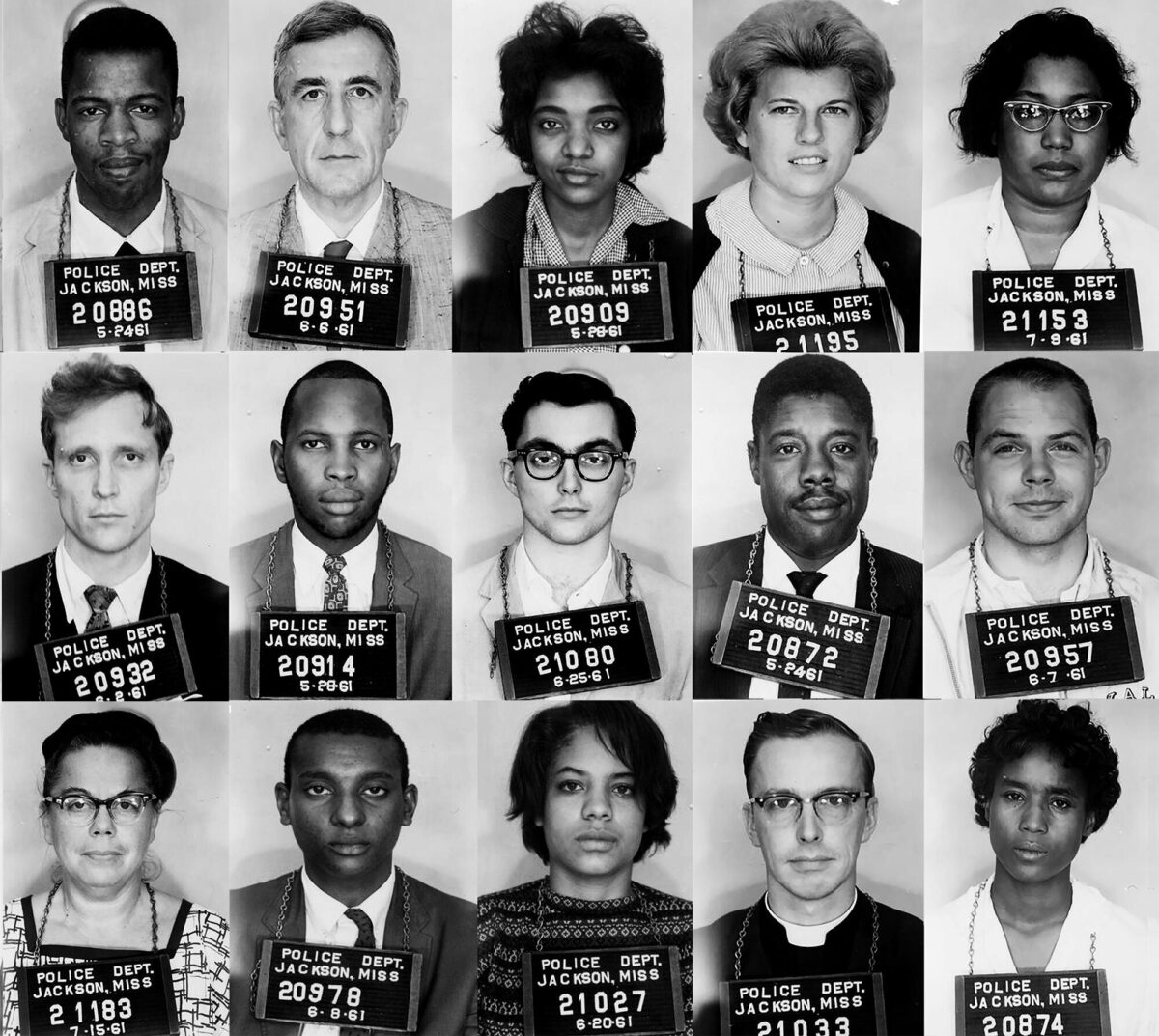 U.S. Senators Reverend Raphael Warnock (D-GA) and John Kennedy (R-LA) have introduced a bill to award the Congressional Gold Medal to the Freedom Riders. Only two of the civil rights activists, both metro Atlanta residents are still alive–Hank Thomas of Stone Mountain and Charles Person of Atlanta.

The Freedom Riders were an integrated group of Black and white civil rights activists who would pair up and ride buses across the South in the early 1960s to test the landmark Supreme Court decision Boykin v. Virginia. In that case, a Black law student from Howard University, Bruce Boynton, was convicted of trespassing when he sat in a whites-only restaurant in a Richmond bus station. The Supreme Court ruled that racial segregation in interstate travel–including bus stations–was unconstitutional.

The simple act of the Black and white activists riding a bus across state lines in the South put their lives at risk. When the buses got to Alabama, one was firebombed and the Ku Klux Klan beat up the Freedom Riders on the other.

The late Rep. John Lewis and 12 others from the Congress of Racial Equality (CORE) formed the original Freedom Riders on May 4, 1961. Warnock’s office noted in a press release, “Throughout their travels they encountered clashes with other travelers, several large mob-style attacks and attacks at the hands of law enforcement, which jolted America to recognize the segregation that persisted in the nation’s transit systems – particularly in the South. As a result of their persistent, valiant efforts, five months after the first Freedom Riders embarked on their historic ride, the Interstate Commerce Commission in conjunction with the U.S. Attorney General Robert Kennedy issued a Federal order banning segregation in all interstate passenger buses and bus terminals based upon ‘race, color or creed.’ The order became effective on November 1, 1961.”

Warnock said, “The Freedom Riders literally put their lives and limbs on the line in order to bring about an America that lives up to its own stated ideals. They are nothing short of American patriots, and honoring them more than 60 years after their historic acts is the least we can do. Their stories from those dark days and learning from the late Rep. John Lewis — my parishioner — has been a well of inspiration. I know I would not be serving in the Unites States Senate if it were not for the courage of these American heroes, so I am deeply honored to join with Senator Kennedy to introduce this bill.”

Kennedy added, “Sixty years ago, the Freedom Riders started a courageous journey that took them from our nation’s capital to New Orleans. Their brave actions supporting civil rights richly deserve the Congressional Gold Medal. I’m happy to partner with Senator Warnock to honor the legacy of the Freedom Riders and recognize the heroic members of this group who are still with us.”

Earlier this year, Person told PBS’ Michele Martin about the day he almost was killed:

Listen to Thomas describe his experience as a Freedom Rider in this TIME Magazine documentary:

A single medal would be awarded collectively to all the Freedom Riders in recognition of their unique contribution to civil rights, and would be displayed in an “appropriate” Smithsonian Museum, possibly the National Museum of African American History and Culture.

You can visit the relatively-new Freedom Riders National Monument, which includes both the old Greyhound Bus station at 1031 Gurnee Avenue in Anniston, AL and the site of the bus firebombing about six miles away near Old Birmingham Highway and Alabama State Route 202. However, the bus station may be temporarily closed and under renovation, and no one is allowed to park or walk on the road near the bus bombing site–meaning you’ll have to drive past it.