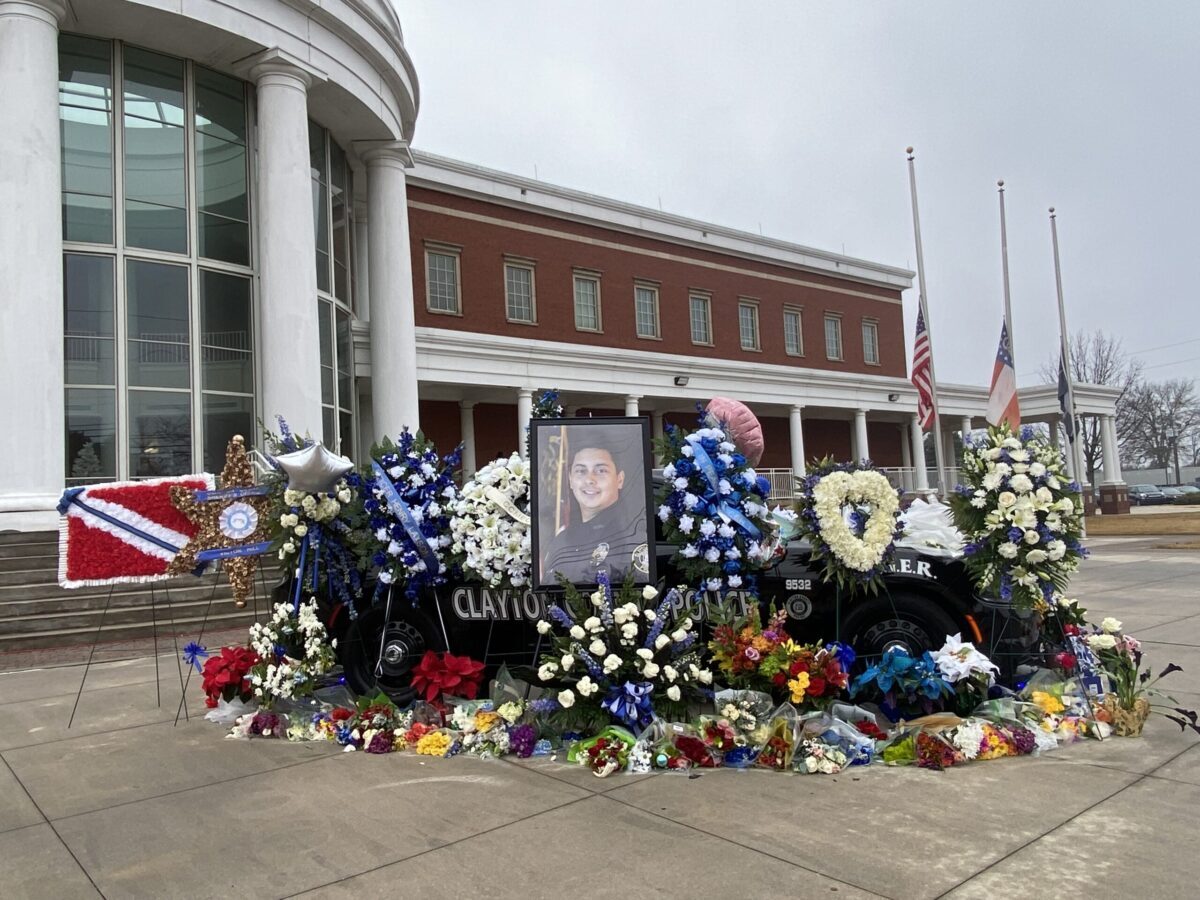 2 in Clayton, 1 a Riverdale college student in Florida

Three Clayton County residents have died in officer-involved shooting incidents this week. One shooting took place in Melbourne, FL on the campus of Florida Institute of Technology. In all three cases, police say the person shot had shot, knifed, or brandished weapons at others.

The Georgia Bureau of Investigation has identified a man who Clayton County Police shot after they say he pointed a gun at them during a dispute with a Rex resident Sunday.

According to the Georgia Bureau of Investigation, the man was Miguel Eduardo Perez Gonzalez, 38, of Morrow. Shortly after 2 p.m. Sunday, Clayton County Police responded to a report that a man was brandishing a gun at neighbors at 6965 Maddox Road. When police arrived, they said Perez was not armed.

While a neighbor was talking with police, Perez allegedly went inside a house across the street and came back out with a gun, according to CCPD. Officers said Perez fired the gun and that they believed he was shooting at them.

Roberts added that, on a previous occasion, Perez allegedly had gone up to a neighbor’s security camera and pointed a gun directly at the lens.

The incident comes as CCPD and area residents mourn the death of Field Training Officer Henry Laxson, who was killed in the line of duty Nov. 30 while responding to a reported domestic shooting. Arthur Allen Gilliam, 35, was shot dead after police say he apparently shot and killed Mary Gilliam, 70; Dominique Bibbins, 32; and Laxson. Police say Gilliam apparently also shot a 12-year-old boy was shot in the face, who was hospitalized in critical condition, and another CCPD officer, Alex Chandler, was shot in the hand.

The third incident, involving a Riverdale college student, took place Friday, Dec. 3 at the Florida Institute of Technology in Melbourne, FL. Melbourne Police say Alhaji M. Sow, 18, a sophomore in aeronautical science, allegedly had attacked three other students in Roberts Hall, a dormitory there. Police say Sow then went into Campbell Hall, another dorm. When Melbourne Police and FIT Security found Sow inside, he allegedly attacked them and they shot him dead. One officer suffered unspecified injuries.

The Clayton Crescent has filed an Open Records Request with Florida Tech Security for more information about the incident.

Clayton County is not alone in a recent series of domestic incident calls. As of press time, police in Norcross reportedly were engaging a barricaded gunman believed to be holding a child hostage. And on December 2 in Bartow County, a man was arrested and charged with beating a woman to death with a hammer.

The National Domestic Violence Hotline says the holidays can be a dangerous time for people trapped in a cycle of domestic abuse. Add to that the increase in domestic incidents during the COVID-19 pandemic.

Domestic violence experts say friends and family members should be wary of texting and e-mailing offers of help to suspected victims of domestic violence. That’s because their abuser may monitor their phone, computer, or other communications. Learn more about how to help someone who may be in an abusive relationship.

If you have a neighbor or other person who is harassing or stalking you, document everything and file a police report. That way, you’ll have a record if the situation should escalate. Also, install a video doorbell or other security camera, be sure your doors and windows are secure, and add motion-sensor lights around your home. The Stalking Prevention Awareness and Resource Center (SPARC) has resources that can help. “Stalking” means “A pattern of behavior  directed at a specific person that would cause a reasonable person to fear for the person’s safety or the safety of others; or suffer substantial emotional distress.” Two or more incidents constitute stalking. In Georgia, the law includes cyberstalking, which is ongoing harassment of someone by text, phone, social media, or other electronic means.

Men who have trouble controlling their anger can get help from Men Stopping Violence, which helps men understand the messages that society–churches, gangs, sports teams, business, family–sends about what it means to be a man. By learning how to resolve conflict and channel anger appropriately, men can avoid explosive and deadly scenarios like the ones described above.

Women also commit domestic violence. However, they are far more likely to be the victims of abuse, whether their partner is male or female.