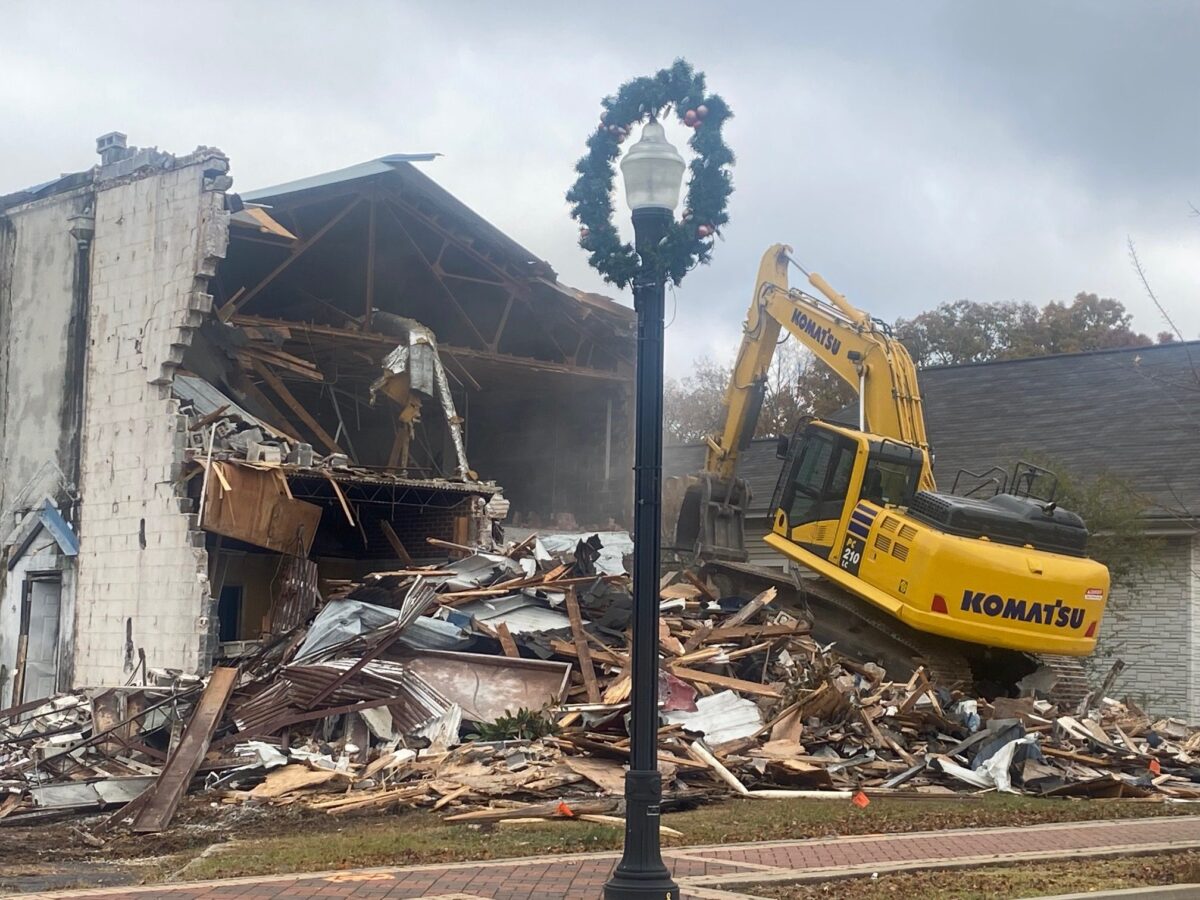 It’s Thanksgiving Week, so this week’s roundup of local government is pretty skimpy, in terms of called meetings. However, there’s always the possibility of a last-minute special called meeting, so we’ll keep an eye out for you.

The Board of Commissioners has a not-very-detailed published agenda for its work session at 5:30 p.m. on Tuesday, November 23. Take a look. (Remember: Just because an agenda has no specifics doesn’t mean something isn’t happening.) The BOC’s next regular business meeting is scheduled for December 7 at 6:30 p.m.

You can explore the many appointed county boards for their agendas, minutes, and meeting schedules at https://www.claytoncountyga.gov/government/board-of-commissioners/county-boards. If you notice that a board hasn’t posted minutes or agendas in a timely fashion, contact them and politely inquire. Sometimes a board might not have met for some time due to a lack of members, or there may be some other legitimate reason why minutes or agendas have not been posted according to the state Open Meetings Act.

Early voting continues in the mayoral runoff between Mayor Angelyne Butler and former Ward 1 Councilman Tommy Smith. On Monday, Butler, along with Ward 5 Councilman Allan Mears and several Forest Park Police officers, handed out Thanksgiving food boxes on Hines Ward Pass. Shortly after The Clayton Crescent uploaded a Facebook Live video of the event, one of Butler’s donors, Bulldog Insurance owner Azfar Haque, whose Maaz Investment donated $1,000 to Butler’s campaign, called to say that Butler had given out turkeys last Thursday and that he could provide video and photos of the event.

Early voting continues 9 a.m. through 5 p.m. Wednesday, November 24, at the Mary Ann Conley Senior Center, 5087 Park Avenue, next to the stadium in Starr Park. That’s also where you can deposit your absentee ballot in the ballot box. Election Day is Tuesday, November 30, 7 a.m. to 7 p.m. at the Elaine Corley Recreation Center, 803 Forest Parkway.

Both campaigns continue to wave at passersby in front of the senior center, where Smith has parked an RV and added banners to the dueling signage in the city right-of-way. Over the weekend, Lawanda Folami and Valencia Stovall rolled through Ward 4 with a bullhorn, urging Forest Park voters to “wake up” and vote for Smith. A sign-waver for Butler was enjoying a cold beer shortly after 4 p.m.

Also Monday, the old movie theater on Main Street was being torn down. The building had no historical or architectural significance, but was the site of many memories for longtime residents. The theater had been open since at least the late 1940s, and apparently was reimagined in the 80s as a jazz/blues venue and seafood restaurant. It has been in serious disrepair for years and had been condemned. Here’s a look at its demise:

In addition, a stand of more than a dozen established and apparently healthy trees on a triangular lot alongside Starr Park were clearcut Monday. Crews were chopping the trees up at 4975 Lake Drive, recently held by the City of Forest Park and now, according to county tax records, owned by Jasber Homes, LLC.

The corporation was established February 19, 2020 with offices at 2045 Mount Zion Rd., Suite 281 in Morrow, which is the address of a UPS Store. Corporate filings with the Georgia Secretary of State’s Office show both the LLC and Akenya Rock listed as the organizer. Both Rock and Jasber Group owner Steve Bernard are also listed as the officers of TPI Construction and Development Group, and the defunct Raleigh Harris Plumbing, whose office was listed as 5656 Jonesboro Road Suite 111, Lake City–also a UPS Store.

Sales data from the Clayton County Tax Commissioner shows that the City of Forest Park acquired the property from Roland Alvarez for $0 in 2010. The next sale, on January 21 of this year, was from the Development Authority of the City of Forest Park to Jasber Homes LLC for $40,000. The sale of the “Triangle Property” was included along with several other properties that the Development Authority approved for sale at a special called meeting on January 20. Other city-owned properties included in the Real Estate Resolution were:

Bernard, who owns Jasber Homes, “expressed interest” in becoming the vice chairman of the Urban Redevelopment Authority one week after the Jasber Homes corporation was formed. According to minutes of that meeting on the city’s website, “Due to a data transfer, the original minutes for the February 26, 2020 URA meeting was [sic] lost.” Those minutes are “a summation of the meeting based on a recording.”

Morrow has no scheduled council meeting this week. Track all Morrow meeting agendas at https://www.cityofmorrow.com/government-mayorcouncil-meetingagendas.asp and meeting minutes at https://www.cityofmorrow.com/government-mayorcouncil-meetingminutes.asp The Planning and Zoning Board meets the thirdrd Tuesday of each month at 6:30 p.m.

Riverdale has cancelled its Monday. November 22 regular business session meeting. Administrative offices will be closed Nov. 22-26 for Thanksgiving. The next scheduled regular business session meeting is Dec. 13 at 6 p.m. Track all Riverdale public notices at https://www.riverdalega.gov/CivicAlerts.aspx?CID=1 and agendas and minutes at https://www.riverdalega.gov/76/Agendas-Minutes

Jonesboro has no regularly scheduled meetings until the Design Review Commission Dec. 1 and the Council meeting Dec. 6. Track all Jonesboro meetings at http://jonesboroga.iqm2.com/Citizens/Default.aspx

Lovejoy holds its City Council meeting every third Monday of the month at Lovejoy City Hall. The business session is conducted at 6:30 p.m., followed by the general meeting at 7 p.m. You can find agendas from January 13, 2020 to the present at https://www.cityoflovejoy.com/164/Agendas-Minutes . Look for special called meeting notices there and on the city homepage at https://www.cityoflovejoy.com/ .

See the Development Authority’s previous agendas and some minutes (ca. 2015) at https://www.cityoflovejoy.com/AgendaCenter/Search/?term=&CIDs=3,&startDate=&endDate=&dateRange=&dateSelector=.

See City Council agendas from January 14, 2013 to April 20, 2020 (no City Council minutes appear to have been posted in Lovejoy for the past nine years) at https://www.cityoflovejoy.com/AgendaCenter/Search/?term=&CIDs=1,&startDate=&endDate=&dateRange=&dateSelector=.

Atlanta Magazine and The KudzuVine podcast [note: correct donation link is https://findyournews.org/organization/the-clayton-crescent-inc/ ]did stories about The Clayton Crescent’s fundraiser, running now through November 30. The Atlanta Press Club board, of which editor Robin Kemp is a member, has expressed dismay at the possibility of The Clayton Crescent no longer providing coverage of Clayton County. (We serve as a de facto bureau for the rest of the metro Atlanta media market.)

Should we not raise enough money from supporters, our board has voted to suspend operations as of that date. We thank everyone who has made their TAX-DEDUCTIBLE donation, which will be doubled if you use our NewsMatch link at https://findyournews.org/organization/the-clayton-crescent-inc/ . As a precaution, we have turned off recurring (monthly) donations. That means you can only make a one-time donation between now and Nov. 30, so please, make it count!

We are continuing to cover the news for you between now and then. Remember, it costs $6,000 per month to run this site. That’s for accountants, rent, etc.–not merely for a (small) salary for the editor and the web address. Newsgathering–real newsgathering, not regurgitated press releases and puff pieces–costs money. We are grateful to everyone around the United States, metro Atlanta, and Clayton (and Henry!) counties who has donated in any amount.

Clayton County, a word: You cannot expect the rest of the country to support this hyperlocal enterprise. Go back through the 1,000-plus stories we’ve written for you here. Ask yourself who would have covered most of those if not The Clayton Crescent.

Ask yourself who went to bat for your right to know, over and over again. Ask yourself who you see sitting in meetings, bringing you useful information you get nowhere else, standing at fires in the middle of the night, keeping watch over elections, covering the whole community and not just part of it. Now ask yourself if that’s something you value. What price do you put on your right to world-class news coverage in a county that desperately needs it?

We pride ourselves on getting out in front of stories, not sweeping up behind them. We want you to have the information you need to hold your elected officials accountable. You can do that by donating (again, TAX-DEDUCTIBLE because we are a 501(c)(3) nonprofit newsroom!) to support The Clayton Crescent–for all of Clayton County and our immediate neighbors– at https://findyournews.org/organization/the-clayton-crescent-inc/ .

Help us grow. Thank you.