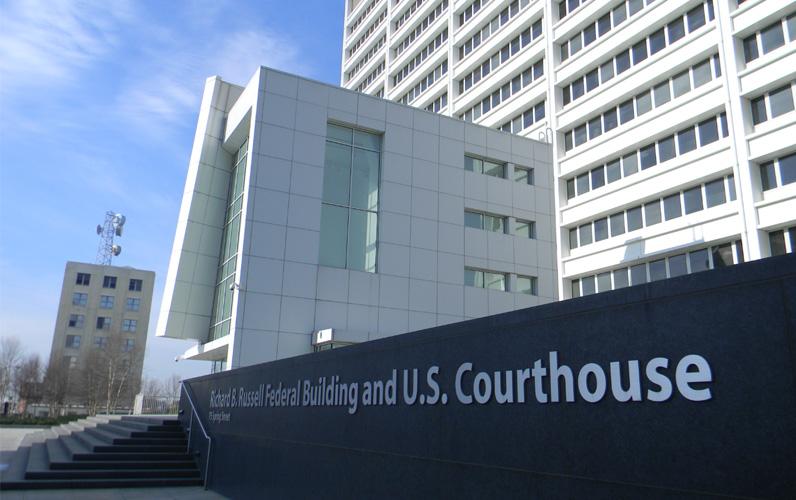 The City of Forest Park, along with its Black elected officials, faces a federal suit brought by a former longtime department head who alleges racial, age, and disability discrimination led to her termination. This is the third such suit by white city employees who say the city, under Mayor Angelyne Butler’s administration, terminated them because of their race. Butler has denied two previous firings were racially motivated. The Clayton Crescent has asked Butler to comment on the latest suit and will update with any response.

Former Director of Support Services Mary Christine Terrell filed suit in the U.S. Northern District of Georgia, seeking a jury trial and demanding compensation and damages. The federal Equal Employment Opportunity Commission declared she had the right to sue under Title VII of the Civil Rights Act of 1964, the ADEA, and the American with Disabilities Act.

The suit names the City of Forest Park, Mayor Angelyne Butler, former City Manager Angela Redding, and Councilmembers Latresa Akins-Wells, Dabouze Antoine, and Kimberly James as defendants, all of whom are Black. It also alleges that Terrell, who is white, was retaliated against “for her protected speech complaining that she was a victim of such discrimination.”

The complaint seeks a jury trial on nine counts of alleged discrimination against the city and/or the elected officials:

According to the 66-page complaint, the Butler administration allegedly wanted to replace older white employees with younger Black ones. In 2018, “the City Council…was for the first time majority-African-American,” and Butler was the first Black and first woman to have been elected mayor. (Sparkle Adams had served as the city’s first Black female mayor when Corine Deyton became incapacitated.)

Changing of the guard

At that time, “the City began efforts to diversify its workforce, and members of the City Council openly complained that managers of the City’s various departments had ‘been there too long’ and stated that they wanted the city management to ‘look more like them.’ The City began terminating older, white employees, like Plaintiff, and hiring younger, African-American employees to replace them.”

Terrell, who had worked for the city for over 29 years, is seeking front and back pay, attorney’s fees and litigation expenses, and “compensatory, liquidated, and punitive damages.”

As director of support services, Terrell’s job was something like a mix of human resources and city management. She ran personnel; made sure the city followed employment laws; supervised staff; was in charge of terminations, exit interviews, and reasons for separation; and interfaced with other departments.

Terrell also approved “all executive summaries, budget amendments, and other documents being presented to the City Council'” consulted with and advised the city manager and council on “department operations and problem resolution;” and served “on City and inter-agency boards and committees.”

So the city, “pursuant to the direction of Butler, James, Wells, Antoine, and the City Manager, Defendant Redding…began terminating or forcing the resignations of white City employees who were over the age of 40 and replacing them, primarily, with substantially younger African-Americans,” the document continues.

The suit lists several white employees in key positions, all of whom were replaced by younger Black hires. These included:

In addition, court papers state, Terrell had suffered a shoulder injury on the job in January 2016. As a result, she required ongoing treatment under workmen’s compensation. However, the complaint alleges, “Throughout 2018 and 2019, when Plaintiff informed Defendant Redding that she needed to take leave to go to doctors’ appointments, Ms. Redding expressed frustration and questioned the need for Ms. Terrell to go to the doctor. After Ms. Terrell complained about the discriminatory treatment of herself and others, Defendant Butler requested and obtained a copy of Ms. Terrell’s workers compensation file, which contained her confidential medical information. Defendant Butler later shared this file, or information she garnered from the file, with Defendants Redding, Wells, James, and Antoine during the October 2019 meeting in which they decided to terminate Plaintiff’s employment.” Terrell argues that her personal medical information was shared with the mayor and council and should not have been.

According to the suit, Redding is alleged to have given four reasons for Terrell’s termination:

The complaint calls those reasons “nothing more than pretexts for discrimination.” Terrell refused to resign. The next day, November 22, 2019, Redding gave Terrell a termination letter, effective December 18. Then-City Clerk Shalonda Brown replaced Terrell and was named Human Resources in April 2020.

The suit demands a jury trial, full front and back pay and benefits, interest, liquidated, compensatory, punitive, and pain and suffering damages, and attorney’s fees and expenses.

On May 26, the city and former Forest Park Police Chief Dwayne Hobbs settled a similar federal suit in which Hobbs had alleged the city had fired him because he is white. Hobbs’ suit alleged the city had “an unofficial government policy or custom which discriminates against Caucasian employees” and that it “continued a pattern of discrimination by terminating Caucasian employees and department heads without cause or reason.” Hobbs also pointed to the fact that the city council had “removed the names of Caucasian employees (Frank Brandon and Elaine Corley) from buildings that had been named after them.” (Brandon died January 22.)

The case was settled and dismissed “with prejudice,” a legal term meaning that Hobbs cannot bring the case back before that particular court.

Another case alleging city officials discriminated against former FPPD Maj. Chris Matson is pending in federal court. Matson originally had filed his case November 2, 2020 in Clayton County Superior Court, also alleging the city had wrongfully withheld his deferred compensation and retirement savings plans, thus costing him interest and preventing him from accessing his money. Matson’s suit alleges he was fired “as part of a larger unlawful employment scheme, policy, and practice for preference of African Americans to the detriment of others,” and that at least eight other white city employees had been terminated “under same or similar pretextual circumstances and unlawful discriminatory reasons.” The case was removed to federal court on December 2, 2020.

Matson’s suit involves an extensive search of city e-mails, resulting in repeated requests by both parties to extend discovery. According to court documents, “The Parties have conferred and agreed to a list of custodians and search terms for a comprehensive review of the City’s electronically stored information (“ESI”) to be conducted through a third-party e-discovery vendor, which the City has retained (i.e., KLDiscovery). The City has worked tirelessly to provide the raw data of over twenty-eight custodians during the time period of January 1, 2015 to present to the e-discovery vendor, which was time-consuming due to the sheer volume of the data and the City’s old email system. The raw data of over 1.3 million documents has resulted in over 100,000 documents with term hits based on Plaintiff’s list of thirty-six search terms. As of this date, the City is still providing the raw data to the e-discovery vendor to upload and promote for review. Once all data has been uploaded, it will need to be reviewed for privilege and produced to Plaintiff.”

On August 12, attorneys for both sides filed a motion for a protective and confidential order because “certain discovery materials in this litigation will contain sensitive and confidential personal, financial, and business information and records. These documents are likely to include: details regarding Plaintiff’s medical history; correspondence between the City and third parties, which may be subject to confidentiality; sensitive financial documents not shared with the general public; sensitive communications with other government agencies; and other documents related to criminal matters regarding citizens/residents of the City or State of Georgia.” In addition, depositions would be considered “confidential information” for the first 30 days after they were delivered. During that time, each side would be allowed to determine which parts of those transcripts should be marked “confidential.” Either party also could ask the court to seal certain documents. U.S. Magistrate Judge Regina Cannon granted the motion on August 13.

On September 17, both sides asked the court to stay discovery through November, citing pending mediation. Should no settlement be reached, discovery would resume on December 1. Cannon issued the stay, directing both parties “to file a status report with the Court no later than seven (7) days following mediation, informing it of the outcome of proceedings. If mediation does not produce a settlement, discovery will resume on December 1, 2021.”

The city has consistently denied all allegations that it has fired white employees because of their race.

Only The Clayton Crescent keeps you up to date on what’s happening behind the scenes in Clayton County. Your tax-deductible monthly membership not only brings you the news that you’ll eventually see on the local TV stations and other outlets, but also entitles you to special members-only events. Join now at https://donorbox.org/clayton-crescent, and please choose the monthly recurring gift tab! A good rule of thumb is $20/month but memberships start at $10 per month or $100/year. Your support helps keep everyone informed!