Tributes pour in for Max Cleland 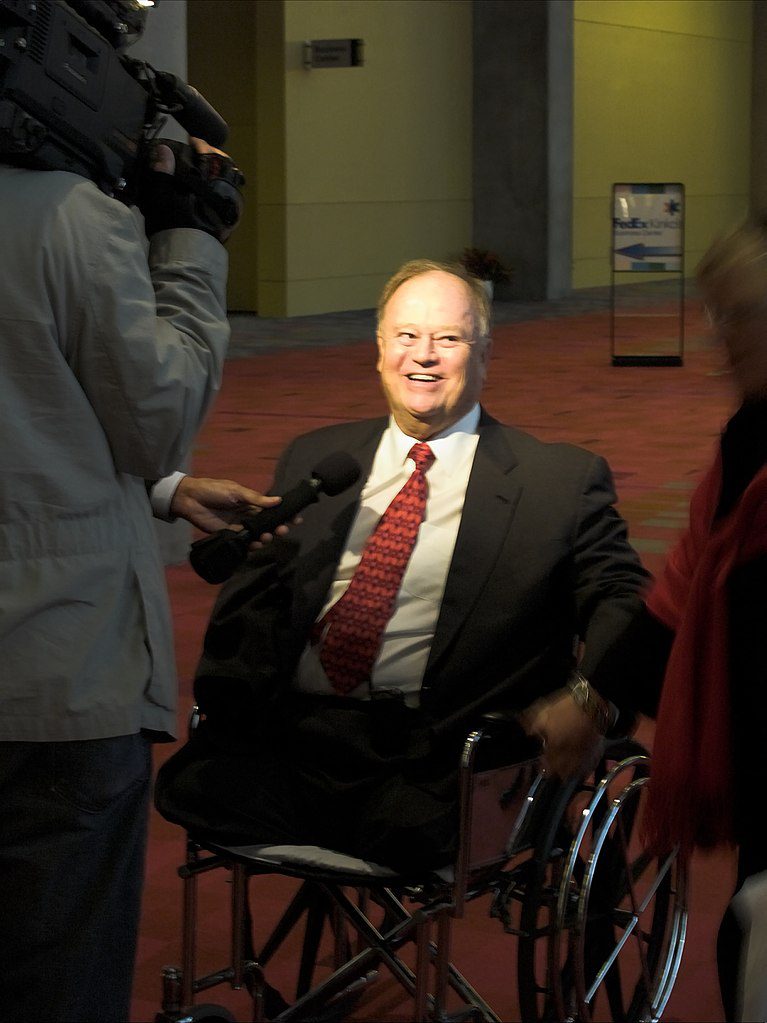 Former Georgia U.S. Sen. and Secretary of State Max Cleland died Tuesday at the age of 79.

The Washington Post reported Cleland, who also served as head of the U.S. Veterans Administration, died at his home in Atlanta from congestive heart failure.

On April 8, 1968, during the Vietnam War, Cleland lost his right forearm arm and both legs after a grenade exploded near his unit during the Battle of Khe Sanh. The grenade had fallen off a flak jacket of one of Cleland’s fellow soldiers during a helicopter landing. Cleland was 25 at the time of the accident.

Cleland returned to Georgia after his injuries, and served as a state senator from 1971 to 1975. He was the administrator of the U.S. Veterans Administration under President Jimmy Carter from 1977 to 1981.

Cleland served one term in the Senate, losing his seat in 2002 to Republican Saxby Chambliss.

Upon news of Cleland’s passing, tributes immediately began pouring in from elected officials and others across the country.

“Senator Cleland was a hero, a patriot, a public servant, and a friend. His advice as I entered the Senate and in the early months of my tenure have been invaluable. Georgia and the nation will deeply miss him. Alisha and I are keeping Senator Cleland’s family in our prayers.” — U.S. Sen. Jon Ossoff, D-Ga.

“Max Cleland was a hero of mine. I am very sad we have lost such an amazing American. He said. ‘To live is to suffer. To survive is to find meaning in the suffering.’ ” — U.S. Sen. Sheldon Whitehouse, D-R.I.

“U.S. Senator Max Cleland was a great American and a great Georgian. He served our nation honorably both abroad and domestically. I’m grateful to have been able to call him a friend and will miss his leadership and wisdom.” — Robb Pitts, chairman, Fulton County Commission

“U.S. Senator Max Cleland will be deeply missed. He was a pillar in the Democratic Party, a defender of democracy, and an advocate for our veterans. A treasure has moved on to glory. Praying for his family and friends and all those whose lives he touched.” Felicia Moore, Atlanta City Council president, mayoral candidate

“Senator Cleland epitomized the values of service and patriotism. As a Georgian and as the daughter of a veteran, I know that our nation is better for his leadership. Praying for his family and loved ones.” — State Sen. Jen Jordan, D-Atlanta

“U.S. Senator Max Cleland sacrificed for and served Georgia and our nation with true integrity. He defended democracy, spoke up for veterans and embodied a quiet dignity that lifted all who knew him. God’s peace to his family and friends as he takes rest from his labors.” — Stacey Abrams, former Georgia gubernatorial candidate