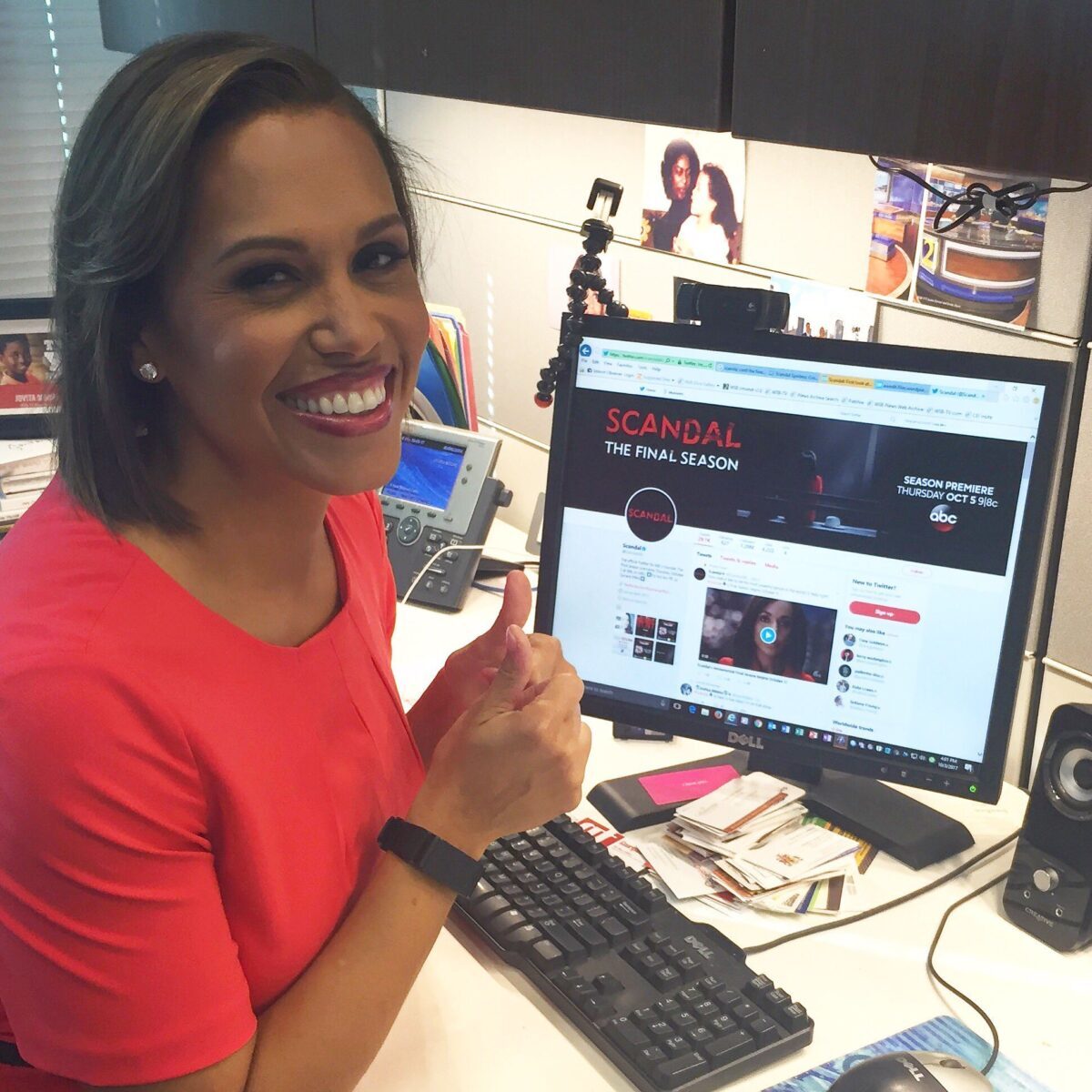 WSB-TV’s Jovita Moore died of glioblastoma overnight, after having been diagnosed with two brain tumors in April. Moore, 54, was a fixture on Channel 2’s anchor desk and well-regarded by colleagues and viewers alike. She took over the anchor desk when legendary anchor Monica Pearson retired.

Pearson said, “When I think about Jovita, I think about her leadership in the newsroom, her craziness in the newsroom, how she used to love to rap–and you know who she loved, Jay-Z, because she was a New Yorker and she loved Jay-Z. This was a side of her many people in the public didn’t see. Because she was this gorgeous woman, extremely intelligent, and then she had a way of just wrapping her arms around you. And her community service, to me, was the reason why I think so many people were, during her illness, cheering her on, because they knew how much she had given to the community.”

Her career took her to an internship at The New York Times, WMC in Memphis, and KFSM in Fort Smith/Fayetteville, AR, then to WSB.

Among her many awards, including nine Emmys and several Emmy nominations for her work, Moore was inducted into the National Association of Television Arts and Sciences Silver Circle in 2017.

In between everything else, Moore made time to volunteer–mentoring young people through Jack and Jill’s Buckhead Atlanta chapter, lending her support to AIDS Walk Atlanta and Jerusalem House, and serving on the boards of the Dekalb Symphony Orchestra, Jaguar Foundation of Atlanta, Meals on Wheels Atlanta, Our House Atlanta, and POSSE Atlanta. She frequently served as a guest speaker or mentor for numerous other organizations.

In October 2020, six months before her diagnosis, Moore joined other Columbia alumni, faculty, and students in signing a letter condemning the pepper-spraying, arrest, and prosecution of Des Moines Register journalist Andrea Sahouri during a protest of George Floyd’s killing.

In July, Moore thanked viewers and friends who sent her well-wishes and prayers during her chemotherapy and radiation treatments:

WSB announced Moore’s passing this morning, sharing this look back at her life and career:

NABJ President Dorothy Tucker said, “Our hearts are heavy to learn of the passing of the iconic, legendary and talented Jovita Moore. We extend our deepest condolences to her family, friends, colleagues, and mentees.”

WSB anchor Jorge Estevez wrote, “First let’s talk about how Jovita was a warrior who took her job as a mother, a journalist and a friend to heart. Most recently, she dedicated herself to fighting for her life. She wanted to be around for her kids, her craft and her community. In the two years I had the privilege of knowing her, I saw her loving those kids by teaching them and showing them how much they meant to her.”

Moore is survived by her mother, Yvonne, and her three children.

The Clayton Crescent family extends our most heartfelt sympathies to Jovita’s family and WSB colleagues.

If you would like to make a donation in Jovita’s memory, she asked that people consider making their gifts to Our House and to the National Brain Tumor Society.