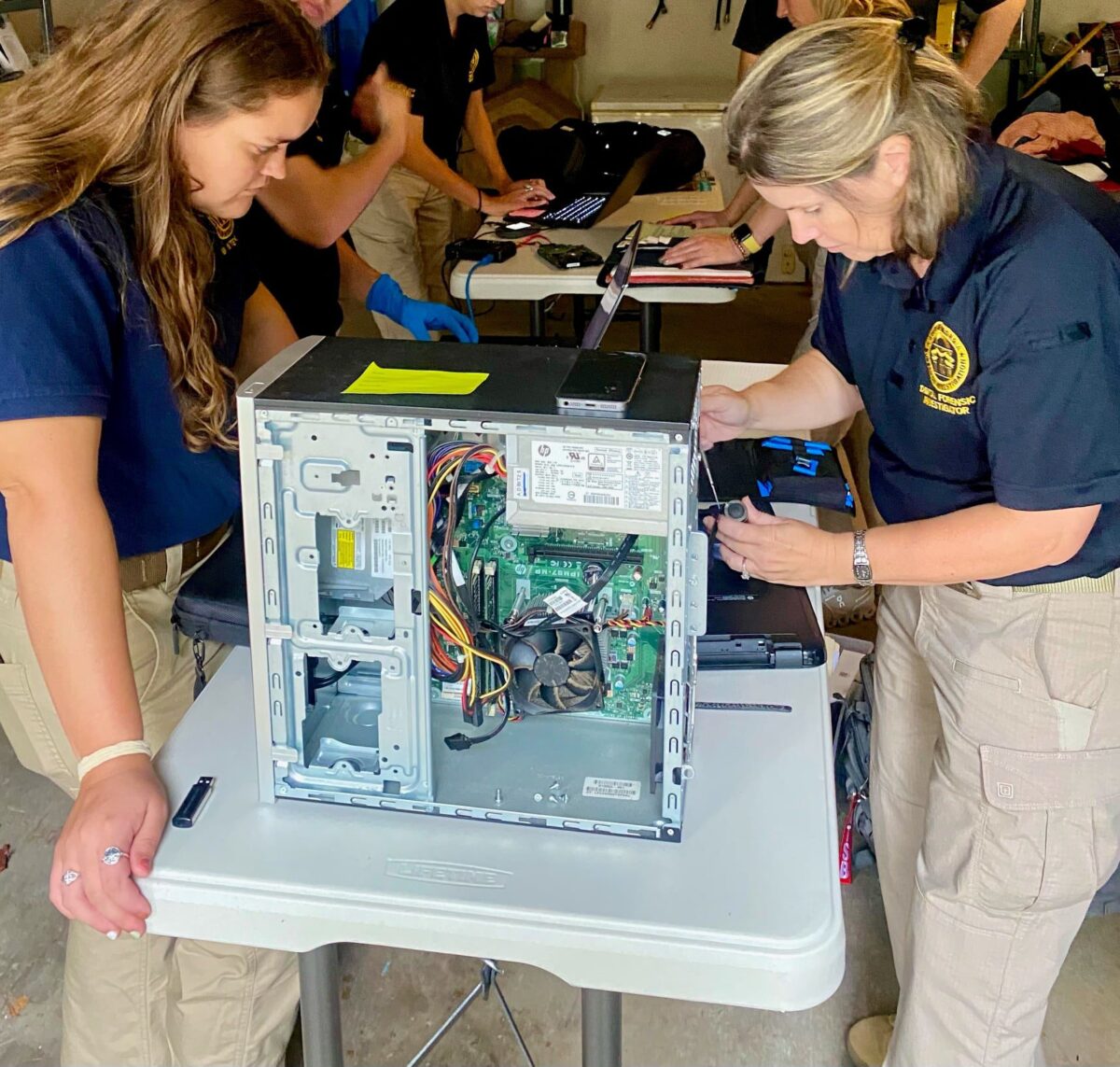 The Georgia Bureau of Investigation says a Jonesboro man who moved to North Carolina is awaiting extradition on charges he allegedly distributed online images of child pornography.

Laine Mullins, 28, also known as Laine Mullis, was arrested in Hope Mills, N.C. Monday by agents from the North Carolina State Bureau of Investigation (NCSBI), who served four Georgia warrants for sexual exploitation of children (distribution of child sexual abuse material). The GBI’s Child Exploitation and Computer Crimes (CEACC) Unit, acting on a tip from the National Center for Missing and Exploited Children, investigated Mullins’ online activity. Based on that, a search warrant was issued for Mullins’ Jonesboro home. There, agents learned Mullins had moved to North Carolina two weeks earlier. The GBI requested assistance from NCSBI, which seized evidence in the case.

As of press time, Mullins was being held at the Cumberland County Detention Center in Fayetteville, where he had been booked Monday at 7:29 p.m.

Mullins has not been convicted of the alleged crimes and is considered innocent until and unless proven guilty in a court of law. It is the editorial policy of The Clayton Crescent not to publish mugshots of people accused of crimes unless there is an immediate public threat.

The investigation is part of an ongoing effort by the Internet Crimes Against Children (ICAC) Task Force, which is housed within the GBI’s Child Exploitation and Computer Crimes Unit, to identify suspects in the child pornography trade. The U.S. Department of Justice created ICAC “in response to the increasing number of children and teenagers using the Internet, the proliferation of child pornography, and the heightened online activity by predators searching for unsupervised contact with underage victims,” the GBI said in a press release.

Anyone with information about other cases of child exploitation is asked to contact the Georgia Bureau of Investigation Child Exploitation and Computer Crimes Unit at (404) 270-8870. Tips can also be submitted by calling 1-800-597-TIPS(8477), online at https://gbi.georgia.gov/submit-tips-online, or by downloading the See Something, Send Something mobile app.