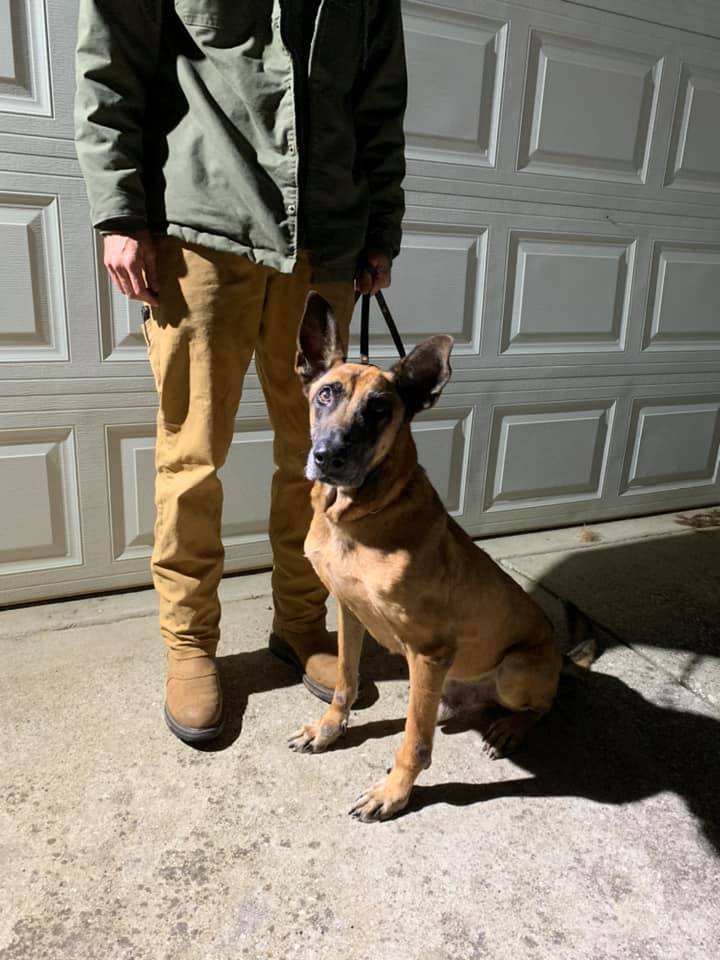 Bring Yoeri Home also published a photo of a plaque from the Forest Park Police Department indicating that K-9 Officer Yoeri is retired as of October 27, 2021:

The Forest Park City Council is set to vote at its Monday, November 1 meeting on retiring K-9 Officer Yoeri permanently to Gray’s care, which is the generally accepted custom when a K-9 officer is no longer able to perform its duties.

Earlier today, news crews gathered at police headquarters on Cash Memorial Boulevard while a city Animal Control truck raced to and from the building at least twice between 4 p.m. and 6 p.m. (News crews were aware that the dog was being held in a different location.) No one from the city or from Forest Park Police Department came out to speak with reporters.

Amid the effort to certify K-9 Officer Yoeri as eligible for medical disability, Gray’s grandfather died and the family is dealing with that, as well.

They have set up a GoFundMe to help pay for the costs of replacing the dog’s basic items, like a kennel which the city reportedly took, and his medical care.

“You guys literally bought everything on our Amazon wish list and I am CRYING happy tears,” wrote Racheal Gray. “This is the updated list. We are forever thankful, and I promise to post pictures and videos of Yoeri enjoying everything we get!”

See a problem? Need some sunshine? The Clayton Crescent keeps an eye on local government. Support nonprofit news tailored just for Clayton County and the Southern Crescent! Join The Clayton Crescent by choosing the monthly membership level that makes sense for you, starting at $10 per month at donorbox.org/clayton-crescent. Every penny goes into bringing you the stories that other metro Atlanta newsrooms pick up later. We live in Clayton County and we know this community. Help us grow! Thank you.