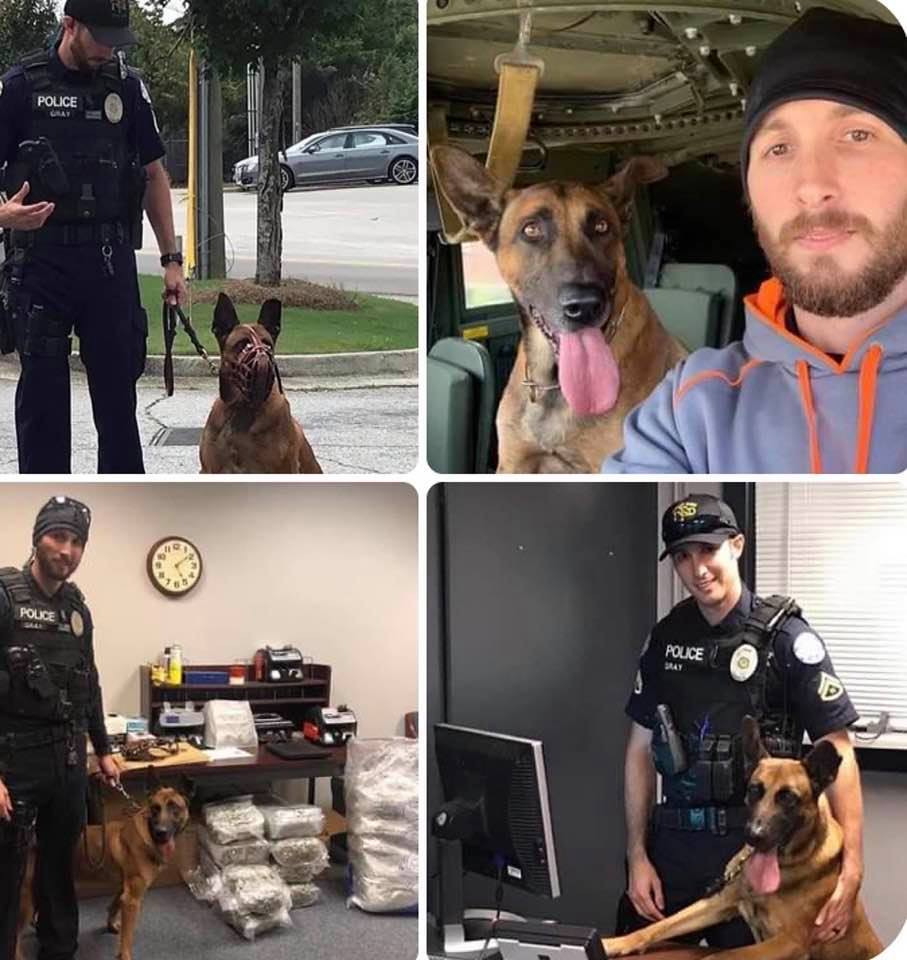 Multiple sources confirm that the City of Forest Park has begun the process of retiring K-9 Officer Yoeri, 11, to the care of his longtime handler, former Forest Park Master Police Officer Nathan Gray.

The Facebook group Bring Yoeri Home, which is run by Gray’s wife, Racheal, announced late Tuesday, “YOERI IS COMING HOME! The paperwork is ready and Nathan can go pick him up! Stay tuned for a ‘coming home’ video!”

A message from City Councilman Hector Gutierrez stated, “We are currently in the process of retiring the canine to Officer Gray. We got the recommendation from the veterinarian yesterday to have him retired. Lastly, please help me spread the word that Yoeri will be retired and he will be back with his handler shortly.”

Due to a death in the family, Gray will pick up the dog sometime Wednesday.

The pair were reunited Monday for the first time since Gray resigned October 8. A second veterinarian chosen by city officials inspected the dog yesterday to determine whether he should be retired. During the past few weeks, K-9 Officer Yoeri, who suffers from a perineal hernia and arthritis, has been enclosed in a small kennel, away from human contact, and has only seen a Forest Park Animal Control officer responsible for feeding him.

The kennel is a Law Dog Kastle 12 x 24 Quadplex, which offers a 6-foot by 8-foot exterior run and a 42″ by 42″ interior cage. The two sections are connected by a dog door:

City Manager Dr. Marc-Antonie Cooper had said the police department did not keep complete records on the dog that would have allowed the city to make a decision sooner.

A vote to retire K-9 Officer Yoeri on Monday, November 1 would halt an avalanche of negative publicity for the city one day before municipal elections. K-9 Officer Yoeri’s situation angered animal rights activists, residents, and friends of the family, who overwhelmingly demanded that K-9 Officer Yoeri be retired to Gray’s care:

City officials were slammed with calls, texts, and e-mails and the issue went viral on social media:

We will update as events warrant.

Support nonprofit news tailored just for Clayton County and the Southern Crescent! Join The Clayton Crescent by choosing the monthly membership level that makes sense for you, starting at $10 per month at donorbox.org/clayton-crescent. Every penny goes into bringing you the stories that other metro Atlanta newsrooms pick up later. We live in Clayton County and we know this community. Help us grow! Thank you.