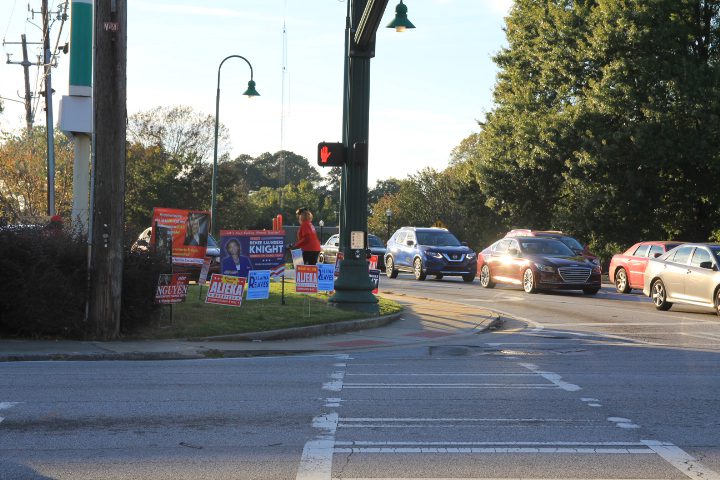 Generally speaking, local races tend to see lower turnout than Presidential races, and fewer voters show up for runoffs than for primary elections. This would be the case in the Board of Commission District 1 race, where a measly 4.6% of the district’s 43,992 registered voters cast ballots in Tuesday’s special election runoff.

Former District 8 School Board member Dr. Alieka Anderson beat first-time candidate Alaina Reaves by 69 votes of the 1,873 that were cast. We’ve broken down the results by precinct so that you can see how engaged your precinct was (or wasn’t).

Precincts, or locations where a certain geographic area goes to vote, can be confusing. A voting location might change from one election to another–for example, if a church basement that usually serves as a precinct were to flood, the Board of Elections and Registration would have to approve moving the precinct someplace else. A case in point is the City of Jonesboro municipal election, which moved from the police station to Lee Street Elementary because of mold issues at the police station.

Here are some facts about BOC District 1’s precincts:

As for turnout in Tuesday’s runoff, here’s an overview of some key points:

Here’s the spreadsheet, which you can sort to your heart’s content. (Just click on any column heading.) On your cellphone? Turn it sideways to see the whole chart:

Looking back at the September 21 special election primary, with its field of 10 candidates, only 2,362 out of 43,992 registered voters took part--which was a 5.37% turnout. Of those, 1,258 were advance voters and 1,065 voted on Election Day. 34 ballots were absentee by mail and five were provisional. Sixteen votes were listed as "unresolved write-in"--nine on Election Day and seven in advance.

By comparison, the Clayton County Board of Education District 8 race between Joy Tellis Cooper and Arvis Walker had a 6.08% turnout of 1,216 out of 20,049 registered voters in that School Board district.

The Clayton Crescent is a 501(c)(3) and a member of the Institute for Nonprofit News. We do not endorse candidates or campaigns--or political parties. (We cast a hairy eyeball on everybody.) We engage in government oversight, regardless of who’s in office, and defend the public’s right to know in a timely fashion what its elected officials are doing. Join us in this effort by pledging $10, $20, or more per month at donorbox.org/clayton-crescent. We don’t waste one penny of your donation. (Can government say the same of your tax dollars?) Please tell your friends about our award-winning journalism–and thank you for your support!