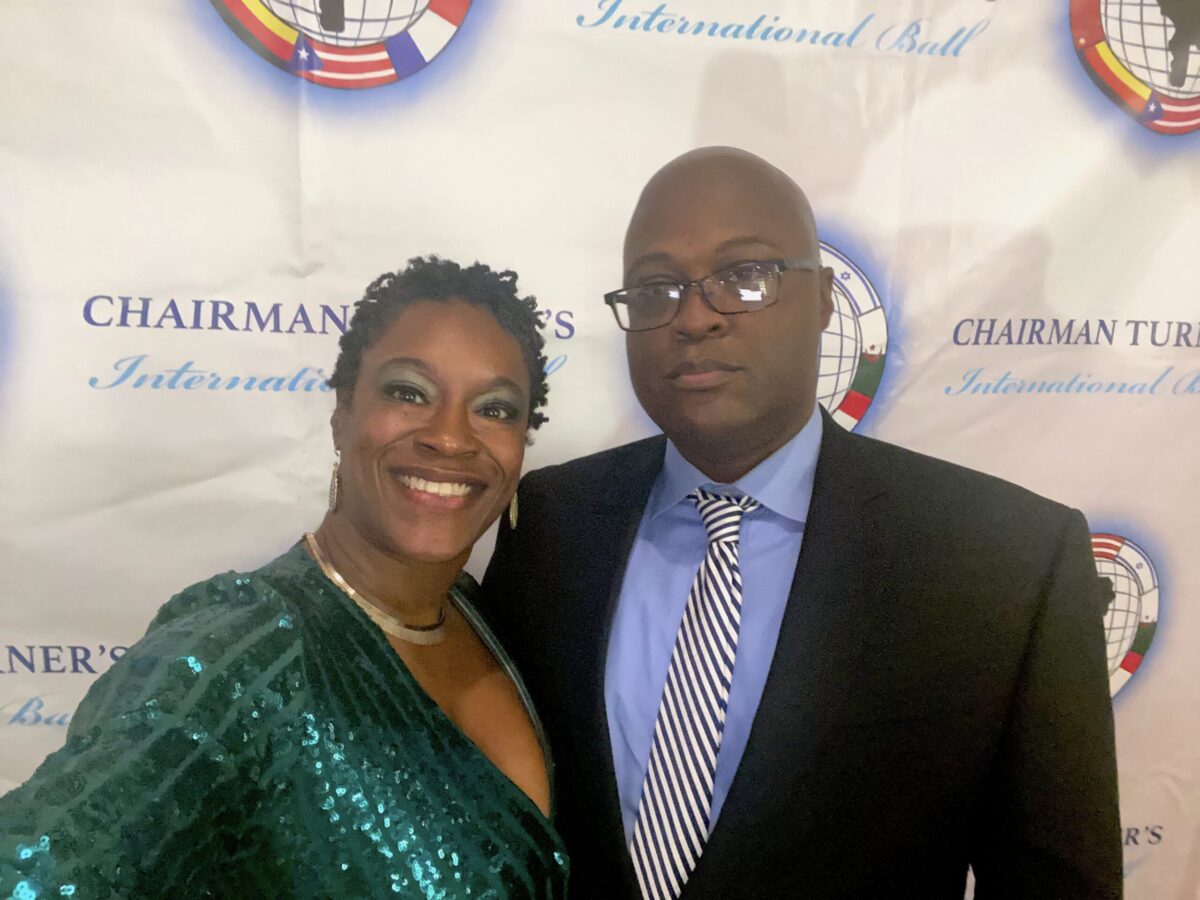 Not knowing where your loved one is is terrifying. Someone goes out on a short errand and doesn’t come back. What should you do? Wait 24 hours? Call 911? Go look for them yourself?

What if they also have a life-threatening illness?

When Crystal Perry’s husband, Craig, didn’t come back from the grocery store, she was worried. His Type 1 diabetes is severe enough that he wears an insulin pump, and she had called 911 several times already this year when he had had medical crises.

After bouncing between Clayton and Henry Counties and talking with different officers–one of whom allegedly suggested her husband might have left her– Crystal finally tracked down Craig herself, almost nine hours after she had reported him missing.

Craig was woozy, and had been slipping in and out of consciousness, but was able to tell her that he was at a Kroger, near a Chase Bank and a Pep Boys. She was able to figure out where he was because there aren’t too many Chase bank branches in the area. She finally found him in the parking lot of a Kroger in Henry County sometime after 2 a.m.

“He had just completed shopping. The receipt said 6:11 p.m.,” Perry said. “He says he got in the truck and felt lightheaded. I can confirm that I found him in the truck with the groceries and all the cold items were warm and frozen items had to be trashed.”

Craig said he was getting in his truck with the groceries when he felt funny.

“I felt a little tired, and I got in the front seat and sat down,” he said. “And I didn’t realize that and I was in and out of consciousness for quite a while until I was able to get my faculties back and able to function. And it was two o’clock in the morning, and I knew my wife was going to be concerned. She had tried to get in touch with me, but I couldn’t pick up the phone. I didn’t know where the phone was at the time.”

He couldn’t call 911 himself because he was too disoriented to know where his phone was, and the signal from his brain to his hands was too weak for him to use it, anyway.

At some point, Craig said, he managed to open some of the food and eat it. He realized he was in no condition to drive and that he would just have to wait for help: “I didn’t think the police were going to come looking for me or anything like that because I was sitting in the parking lot of a strip mall. My car was there, but my car wasn’t the only car in there. So they wouldn’t have noticed one abandoned car.”

Plus, he didn’t want to make a scene.

“When she told me she had called the police, I was kind of surprised,” Craig said. “And I was like, well, okay, they didn’t find me. But also, we live in Clayton County…it’s a big place. I understand her concern, and it was an important thing that she wanted taken care of, and she doesn’t feel like it was taken seriously.”

“Ultimately he saved himself,” Crystal said. “He had to pull the tube out of his body and wait for his glucose levels to rise. We were able to get him stable by getting him food and we checked his blood sugar before he drove himself home with me following.”

And she doesn’t want this to happen to anyone else.

“My primary concern is that it appears that the police did not send out a BOLO or look for him at all,” she said. “We were lucky, but we deserve a clear process for this particular crisis.”

Perry pointed out that any officer who responded to her address would have seen multiple medical calls to 911. However, she said, the second officer she spoke with suggested, “‘Maybe he left you.’ And I said, ‘Excuse me?’ I said, ‘His birthday is tomorrow.’ He said, ‘Maybe he’s with some friends and you don’t know that.’ I said, ‘This is a medical issue. I know you get a lot of domestic concerns, but this is not that.'”

Perry said the officer was able to get her husband’s license plate number, which she didn’t know offhand, from the car’s VIN, “and said he would use that to get Henry [County] to release a BOLO, since that was where he was going. When I couldn’t verify that he’d made it to work, they said hang up and call 911.”

Perry requested records of all 911 calls to her house for 2021. They show three missing persons calls, “and only one has a case ID. So what’s the organizational system? I would just think it would be in the date order.”

Those records, which Perry provided to The Clayton Crescent, show calls from the Perrys’ home on these dates:

In addition, the list shows a history of medical calls:

Crystal checked how other counties handle missing persons reports and said that Clayton County doesn’t have a specific protocol for missing persons procedures, while other jurisdictions do:

In addition, we found this policy on missing adults:

A CCPD spokesperson confirmed Thursday evening that the department does have a procedure for missing persons and promised to forward that information.

Diabetes is not a crime

For people with diabetes, a medical crisis is life-threatening in more ways than one. Besides the physical symptoms, which can look like someone is drunk, high, or having a mental issue, a more sinister threat terrorizes people having a crisis. You don’t know who will come for you and what they might do.

For Black men with diabetes, the fear of a life-threatening medical emergency is compounded by the fear they’ll be perceived as threats, or written off as drug addicts or mentally ill.

Case in point: On May 7, 2019, Kenneth Herring, 62, is thought to have been suffering from a diabetic crisis when he sideswiped a vehicle near the airport, according to first responders’ testimony. His wife, Christine, said she believed he was trying to drive himself to Southern Regional Medical Center.

Another driver, Hannah Payne, ignored a 911 operator’s advice, pursued Herring, then pulled a gun on him and ordered him to get out of his truck. A struggle allegedly ensued, Herring was shot, and died.

Payne, who was charged with Herring’s murder, was freed on bond twice while the case sat on the docket throughout the COVID-19 judicial emergency and remains free as of press time. A pretrial conference is set for November 5 at 9 a.m. in Clayton County Superior Court.

We’ve asked the American Diabetic Association whether it knew of other diabetics, particularly Black men, who have said they are reluctant to call police when having a medical emergency for fear of their symptoms being misinterpreted. We’ll update with their response.

Getting the word out

Crystal said she is not interested in reprimands. She wants a solution to the problem.

“I told Captain Green there are no instructions on the website,” she said. If you click the big BOLO/Missing Person button, “it shows one Black man missing.” (The page also shows the tattoos of a second person found dead last year.) “I’m an educated citizen. I had to go on the Internet to find out you don’t need to wait 24 hours to file a missing person’s report.”

Crystal added that she thinks it’s time for diabetes to be one of the health crises that gets priority when someone is missing, the way a missing person with dementia might get a Mattie’s Call. Mattie’s Calls are sent out for “disabled adults,” which the state defines as “individuals who are developmentally impaired or who suffer from dementia or some other cognitive impairment.”

The criteria for issuing a Mattie’s Call, according to the Georgia Bureau of Investigation’s website, include:

Crystal Perry said she did not think a BOLO (Be On the Lookout) was issued for Craig. The Clayton Crescent did not find an October 11 BOLO alert for Craig Perry in our e-mail.

We’ve asked Clayton County Police to comment on the Perry’s experience. A spokesperson promised a response on Friday. We’ll update the story here.

More than 34 million Americans live with diabetes. Diabetes is a condition that prevents your body from burning sugars and starches. You can have Type 1 (insulin-dependent), Type 2 (non-insulin-dependent), gestational (pregnancy-related), or prediabetes (borderline diabetes).

About 12.1% of Georgians have diabetes and 33.1% have prediabetes, according to the American Diabetic Association (ADA). The disease costs the state nearly $11 billion in direct medical expenses and lost productivity in 2017.

When your pancreas cannot make insulin (Type 1), or when it cannot use the insulin it does make (Type 2), sugar accumulates in your bloodstream. This damages your blood vessels, eyes, kidneys, heart, and nerves, and can lead to blindness, amputations, kidney failure, and death.

To survive, people with diabetes must manage their disease throughout the day. This means monitoring blood glucose (sugar) levels, planning your diet carefully (for example, measuring portions of different foods and avoiding some foods altogether, exercising, and keeping a supply of insulin refrigerated and clean syringes handy at all times if you have Type 1 diabetes.

Low blood sugar (hypoglycemia) can cause mood changes, weakness, sleepiness, shakiness, sweating, hunger, headaches, and problems speaking or paying attention–symptoms easily mistaken for mental illness or intoxication. Many diabetics keep glucose pills in a tube or even hard candy around in case of an attack of low blood sugar.

Check out the Diabetes Association of Atlanta for free diabetes prevention and management classes on the fourth Wednesday of each month, as well as other services and resources. Register online at diabetesatlanta.org/wednesday or call (404) 527-7180. (There’s a love healthy cooking demonstration Friday, Oct. 27 at noon.)

If you need help paying for insulin or diabetes medication, visit https://insulinhelp.org/

Write this number in your disaster kit: If you or a loved one has diabetes and are in a storm-affected area, call 1-800-DIABETES (800-342-2383) Monday through Friday from 9 a.m to 7 p.m. Eastern. See https://diabetes.org/resources/disaster-relief for a diabetes preparedness plan and more information about managing your diabetes during an emergency.