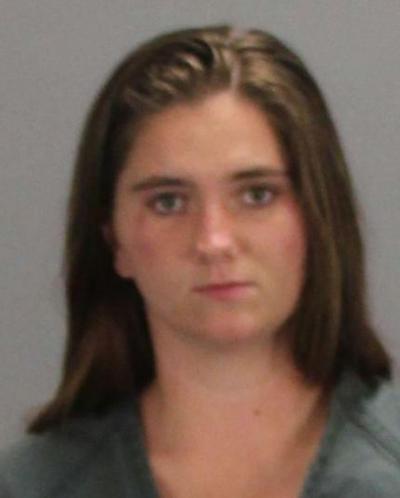 A pretrial conference in the Kenneth Herring shooting case against Hannah Payne has been set for November 5.

The notation appears in Clayton County Superior Court online case lookup. No room number appears for the hearing, which is scheduled to take place at 9 a.m. before Superior Court Judge Shana Rooks Malone. The hearing could take place on Zoom rather than with all parties present in the physical courtroom.

It’s possible that the judge may hear a request for a continuance, based on the calendar notation. However, a demand for discovery and a jury trial filed September 17 by Payne’s attorney, Matt Tucker, “requests that an evidentiary hearing be heid on [Payne’s] demand.”

Tucker also filed demands for a jury trial, that the state to produce Payne’s written and oral statements made while in custody, as well as “a complete copy of any written scientific reports,” a witness list, other evidence that could be used at trial, and that the full proceedings be recorded.

The case has been delayed for months due to the statewide COVID-19 judicial order that suspended jury trials. In July 2020, Malone denied Payne’s request to modify her bond. A trial date had been set but COVID-19 put all jury trials on hold.

Payne is charged with two counts of felony murder, malice murder, aggravated assault, false imprisonment, and three counts of possessing a weapon during commission of a crime, according to the court calendar.

Payne remains out on bond. She made international headlines after she was charged with killing Herring, 62, near Hartsfield-Jackson Atlanta International Airport. Payne allegedly ignored a 911 operator’s directions not to follow Herring’s truck. Instead, prosecutors say, she cut him off in traffic, pointed a gun at him, cursed him out, and ordered him to get out of the truck. At some point, the gun was fired, either by Payne or in a struggle over the weapon, and Herring was fatally shot. Witnesses told police Payne changed clothes at the scene.

Payne was twice granted bail, drawing outrage from protestors who say the case exemplifies white privilege. In response to the Herring and the Ahmaud Arbery shootings, the Georgia Assembly passed and Gov. Brian Kemp signed into law a ban on the use of deadly force during citizens’ arrests.

“The citizens of Clayton County really don’t know what has happened and I think that they are going to have to be in the courtroom, whether it’s on Zoom or in person,” Clayton County NAACP Chair C. Synamon Baldwin said, “but we have to make our presence known to make sure they do the right thing.”