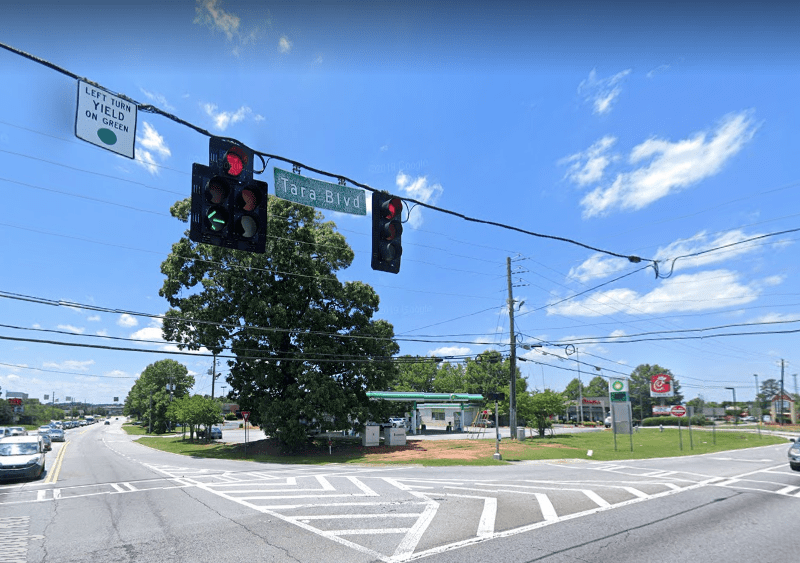 Two men face multiple charges after gunfire broke out in broad daylight Tuesday at the BP near Tara Boulevard and McDonough Road in Hampton.

Harvey Douglas Houston, 19, of Riverdale, who had a February warrant for aggravated assault, is charged with another count of aggravated assault and with fleeing, reckless driving, driving too fast for conditions, and financial transaction card theft, according to online court records. Remon Arquis Gosier, 18, of Hampton, is charged with aggravated assault, first-degree criminal damage to property, possession of a weapon during commission of a crime, and reckless conduct. As of press time, both were being held without bond in the Clayton County Jail.

Clayton County Police say an officer was at Tara Boulevard and McDonough Road around 4:15 p.m., heard multiple gunshots coming from the BP, and saw “a Black male shooting at someone.” According to the officer, the man and a second person got into a 2016 Hyundai Sonata and sped off.

Officers chased the car into Fayette County, but called off the chase “due to officers being unable to maintain a clear visual of the suspects’ direction of travel.” CCPD then, along with Clayton and Fayette County Sheriff’s deputies, searched a neighborhood they suspected the car might have turned into. There, officers found the car and apprehended Gosier without incident.

Witnesses told police they had seen two more suspects get into a black vehicle and leave. Fayette County Police found the vehicle and took the two suspects and the weapon from the crime scene into custody. Police allege Gosier had fired the weapon, striking two vehicles, “one of which had an 11-year-old” inside, and that the person at whom Gosier allegedly had fired left the scene.

Both Gosier and Houston made first appearance at 10 a.m. October 6 in Room 204 before Magistrate Judge Keisha Wright Hill.