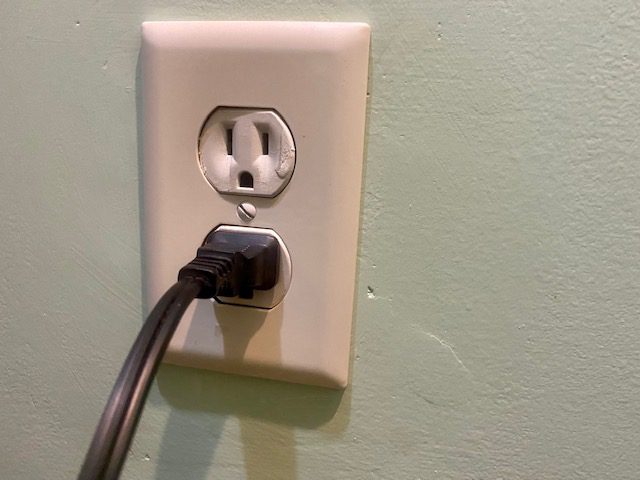 The City of Hampton is holding the first reading of the ordinance to adopt the fiscal year 2022 proposed budget tonight at 6 p.m. On Wednesday, the city council also will consider hiking electric, water, and sewer rates after six years without any increases.

The hearings will take place at the Hampton Train Depot, 20 East Main Street. The public is invited to attend.

Hampton will hold two special called meetings both set for Wednesday at 6 p.m. One is for the second reading and adoption of the FY22 budget. The other is to consider and vote on updating utility fees (Resolution 2021-30) and on revised dates for early voting (Resolution 2021-21).

City Manager Alex Cohilas said the proposed rate hikes are necessary for two reasons: to make sure the city has enough saved up for depreciation–basically, repairs–and to keep some backup supplies on hand in case of emergency.

Cohilas says the city has not had water or electric rate increases in six years, “despite Henry Water raising our wholesale rates 6%.”

Analysts from ECG had recommended that the city keep a fund for depreciation costs, as well as maintain three months’ worth of materials on hand. “We opted to cut it in thirds,” Cohilas explained. “We’re advocating spacing the depreciation out over three years, and having enough reserve material for one month instead of three.”

Cohilas added, “This is real stuff. This is another fallout from the COVID pandemic. The whole supply chain has been disrupted, plus the increase in petroleum costs. Anything with rubber in it, and rubber is a petroleum product, prices are through the roof.” He said supply chain backlogs mean the city has to wait “43 to 45 weeks for a new transformer.”

Hampton’s recent growth also has strained the city’s ability to provide services to its breaking point, he explained.

The city is proposing a $10 base rate for electricity, meaning that even if you used no electricity in a given month, you would have a $10 charge. By comparison, Cohilas said, Georgia Power’s base charge is $12 and going to $14, while Central Georgia EMC (which services part of Hampton) has a base charge of $34 that is going to $37.

According to figures presented September 22, the city is proposing rate increases for residential and commercial electricity, with a 9% residential rate increase in year one and an additional 1% increase in each of years two and three. Cohilas said late Tuesday that he would send an updated copy of the proposed budget, so these figures might change (here’s the update):

Similarly, large commercial users’ bills would go up 37% in year one only. Government users would pay 29% more in year one:

Two big-budget items that cost the city a lot of money were liability insurance and the COVID-19 response. The city paid a $3 million settlement in a case brought by the family of Fernando Rodriguez, 24 a Forest Park man who Hampton Police found wandering naked after the Imagine Festival and who they Tasered multiple times.

Here is a full copy of the draft budget presented at the September 22 public hearing. Cohilas said an updated version with the new rate proposal is forthcoming; we will update it when we get it.

The bottom line, Cohilas said, is that the city’s utility suppliers raised their rates.

“Henry County supplies 75 percent of our wholesale water through two master meters. The other 25 percent comes from wells that we own and operate. They (Henry County) went up three times at 2% each time. We also predict that they will go up this year. They went up in November 2019 after we adopted our budget and led us to believe they would hold, but went up another 2%.”

The city had passed a resolution freezing automatic rate increases that are mandated by the city charter. Now, he says, the countil will need to repeal that resolution.

Then there’s the funding for depreciation that the city never put aside. “We’re leaking water like a sieve. We’ve got 60-year-old water lines,” Cohilas said.

On top of that, the Georgia Public Service Commission‘s map dates from 1975, when the city was much smaller. Although Hampton has grown through annexation, “that doesn’t necessarily mean you take on new utility customers. We have about 600 on Central Georgia EMC paying a $34 base rate. We charge zero. We’re advocating that we do a very modest rate increase, a $10 base.”

He added, “So we have been running as lean as possible for as long as possible. This isn’t government waste.”