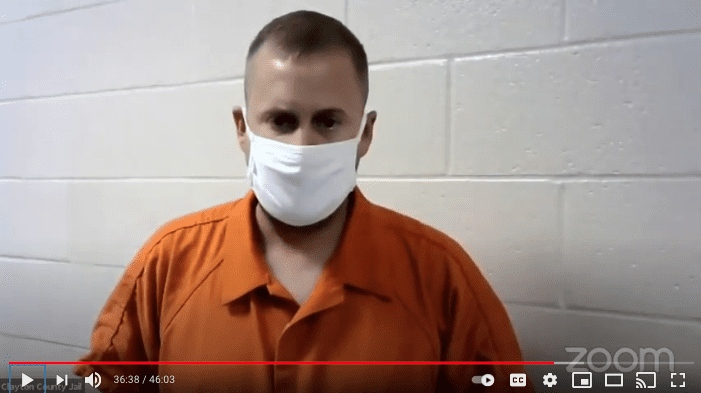 No bond on fugitive charge

A former state representative for Idaho is being held without bond in the Clayton County Jail on one count for being a fugitive from justice.

The Idaho Capitol Sun reported Monday that Aaron von Ehlinger, 39, was booked September 25 in connection with a rape case involving a 19-year-old legislative intern. The woman, who had been a page the year before, said von Ehlinger forced her to perform oral sex. von Ehlinger, who resigned his House seat in April following an ethics hearing, has denied the allegation. The Ada County District Court issued a warrant for his arrest after a Boise Police Department investigation.

The Lewiston Tribune reported von Ehlinger allegedly took the intern to dinner, then invited her to his apartment. He claims they had consensual sex. The intern, who reported the incident the next day, said she did not consent. The Idaho House Ethics Committee suspended von Ehlinger for two years without pay and censured him. The intern is now suing the State of Idaho and another state legislator, Rep. Priscilla Giddings, “who made public comments about Jane Doe and linked to a blog post that revealed personal information abut her in a legislative newsletter and on Giddings’ legislative Facebook page.”

Court records show von Ehlinger’s extradition hearing was at 9 a.m. Sunday, September 26. He told Magistrate Judge Candace Duvernay that he would not contest the extradition order and that he has an attorney in Idaho:

The Magistrate Court case number is 2021WA16940 KH. von Ehlinger is considered innocent until and unless he is proven guilty in a court of law in Idaho, where the charges are pending. We’re working to confirm why he was in Clayton County and the circumstances of his arrest.