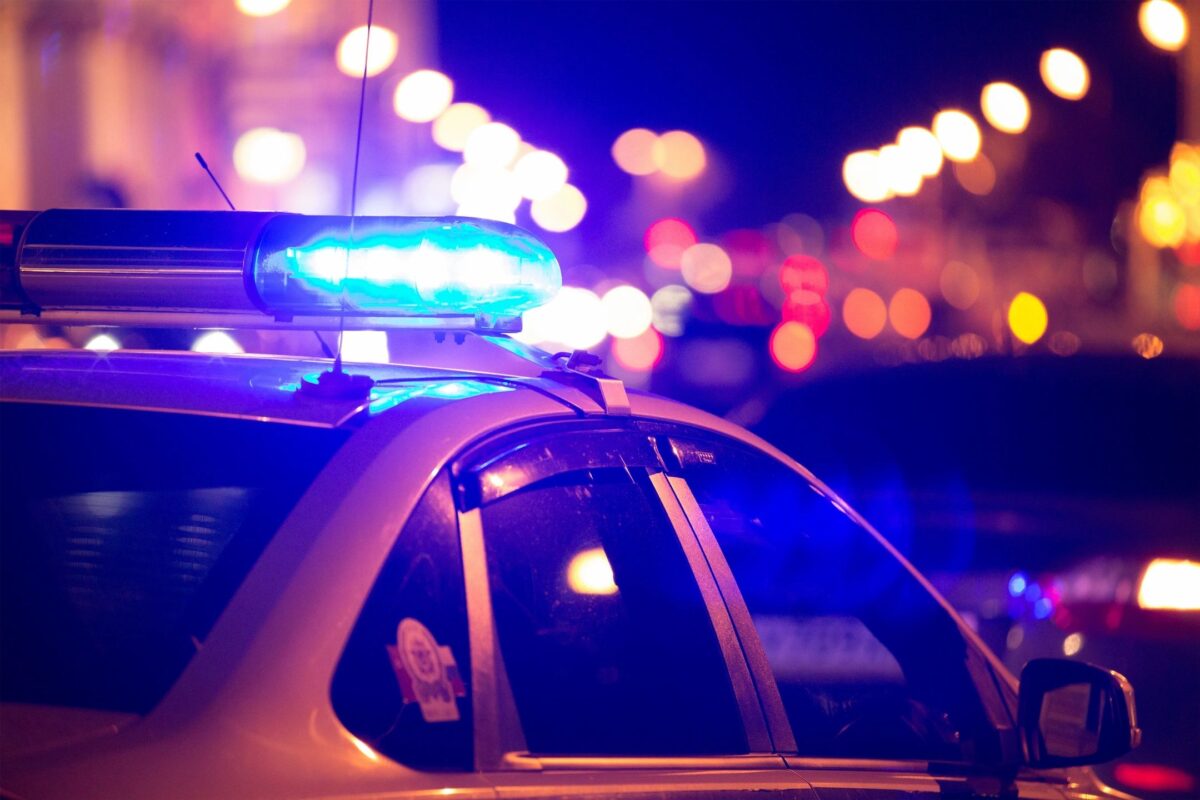 A high-speed chase on I-75 North involving at least one patrol car appears to have ended in a fiery crash, but there’s no word as yet from local law enforcement agencies about the wreck that blocked two lanes and had dozens of law enforcement vehicles responding early Sunday morning.

Clayton County Police confirm the vehicle was a Georgia State Patrol car and referred The Clayton Crescent to that agency for details.

According to a GSP spokesperson, the preliminary investigation found, “On Sept. 26, at approximately 12:30 a.m., while conducting a stationary patrol on I-75 north, near mile marker 223 in Henry County, Trooper T. Freeman noticed a silver Chevrolet Malibu traveling north on I-75, near mile marker 223 at a high rate of speed (90 miles per hour in a 65 mile per hour zone). Trooper Freeman activated his emergency lights and siren attempting to conduct a traffic stop on the vehicle.  The Chevrolet Malibu stopped briefly on the left shoulder before continuing north on I-75 initiating a pursuit. The Chevrolet Malibu changed lanes several times as it attempted to flee. Trooper Freeman attempted to perform a P.I.T. maneuver to end the pursuit near Old Dixie Road in Clayton County. The impact caused the patrol vehicle to travel off the east edge of I-75 north, strike a tree with its passenger’s side front, and overturn several times coming to an uncontrolled final rest on its roof facing north. The driver of the Chevrolet Malibu lost control after impact and the vehicle rotated across I-75 to the east edge of I-75 north striking the right barrier wall with the driver’s side rear. The driver of the Chevrolet Malibu exited his vehicle, jumped the left barrier wall, and fled on foot. The violator was struck by a secondary vehicle, but the violator returned to his feet and continued to run on foot. The violator has not been located.”

Tyrone Edwards, a videographer who had been covering the Trump rally in Perry, was driving home around 12:40 a.m. when he suddenly was passed at high speed–on one side by an unknown make and model of car, on the other side by a patrol car with blue flashing lights.

“It literally was a shocking moment,” Edwards told The Clayton Crescent. “Is this car after me? I didn’t do anything wrong. It was a moment of shock, like holy crap, that’s an actual police chase going in front of me. The lights were too bright but I immediately went into journalist mode. What jurisdiction can chase a car? Because Atlanta can’t.”

The cars disappeared around a bend before Old Dixie Highway. When Edwards reached the bend, “It was like the Twilight Zone,” he said. “No more blue lights–but there was a car on fire, upside down in the ditch. Already, people had gotten out of their cars to try and help, and were standing on I-75 and the shoulder of the road. The flames were shooting straight up, straight up, like you had a bonfire, but no blue lights.”

He couldn’t tell, but he was afraid it was the cop car.

“That car was instantly on fire,” Edwards said. “People got out of their cars and were on the highway walking–Good Samaritans. It was not just he ran into the ditch and oops–it was on fire. At least 2 dozen police cars were there at the time. They responded instantly so it was a big deal and I do fear that it was the police car that was on fire. There was no reason for the blue lights to be turned off. If the bad guy Speed-Racer dude had wrecked, the cop would have pulled off to the side.”

Like other drivers there, Edwards was trying to figure out whether he could help.

“I was trying to find a spot on shoulder to pull off,” he said. “There were a lot of cars immediately following the fire, and people on the highway and on the shoulder, and its dark on that stretch of road, so i was afraid I was gonna hit somebody. When I finally pulled off, it was so far ahead of the wreck that I was concerned for my own safety.”

Edwards decided to turn around at the next exit and come back. As he tried to get back on the road, he said, a green car cut him off and “I saw a guy running after him with his hand up, like ‘wait, wait,’ like a taxi–that’s why he was cutting me off.”

Edwards then chased the car and got its license plate number: Florida EVJ L24. He said he was so hyperfocused on getting the plate number, he didn’t notice the make or model.

“It might have been some bad guy but you can’t assume that,” he said. “It was all too weird and I focused really hard — the second part of the license plate–‘is that a 1 or an I? Is that a 1 or an I?”–and I was really trying to get close to their bumper to see. Green. The car looked green but it was dark, though. I was trying to see, it is a 1, is it an L–sure enough, it was an L but it was so difficult to get that designator on that lowest part [of the plate].”

Edwards returned to the scene and saw “about two dozen cop cars when I circled back and there were more coming headed back south. When I circled back, the fire was out and the cops were there, and still more cops coming, screaming with their lights on.”

By the time Edwards was able to call 911 with the tag information, he was downtown. He got Atlanta 911 and had to clarify that he didn’t know what jurisdiction the wreck was in. Eventually, he said, he was transferred to one of the local agencies, possibly Forest Park, who finally transferred him to Clayton County 911, where he was able to report that tag number.

No mention of the incident appeared on any local law enforcement social media channels as of press time.