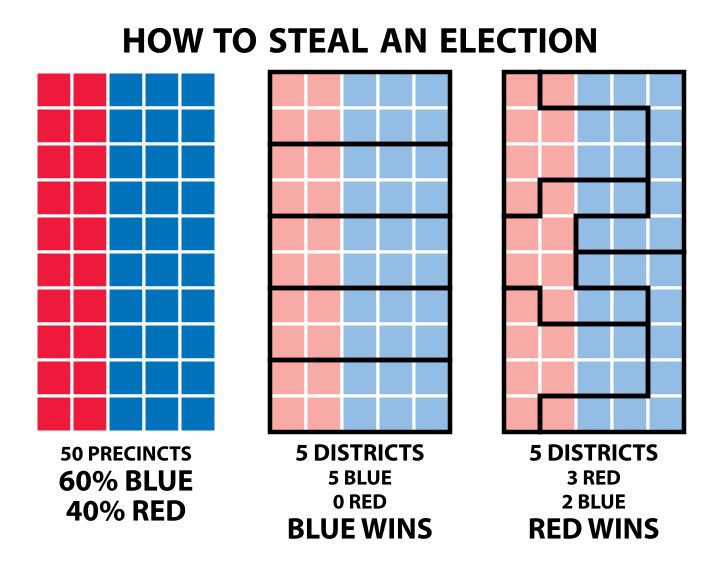 The Georgia Assembly has provided, in small type, links on its website where you can tell state legislators your thoughts about reapportionment.

Those maps are being drawn behind closed doors according to the following guidelines (h/t to Mark Niesse of the AJC for posting the document):

If you opine about politics on Facebook or Nextdoor, understand that your comment on the state website may have a direct impact on where you will be voting–and the candidates who might represent you–for the next decade. The committee website is not so much a place for posting ideological rants as it is a chance for you to explain to your elected officials (as well as other people’s elected officials) what you think a fairly-drawn district looks like. We can’t guarantee they’ll listen, but your input could influence their decision-making.

Your comment will include your name and county and it will become part of the public (historical) record.

Clayton County voters have said very little to state legislators about how they think our district maps should look. Here’s what people from Clayton County have submitted as comments to the state Reapportionment and Redistricting Committee as of press time:

W. Fountain of Unknown County [you can infer Clayton from the comment]

It’s obvious that Georgia Legislative is not inviting Atlanta and other Counties north to participate in this reapportionment. As was vaccines were placed in those same counties and Atlanta the largest populus in Georgia was ignored. However we will be participating.

I want reapportionment to be addressed based on fairness, NOT about maintaining GOP seats or having democrats running against one another in order to dilute the number of democrats in our state legislature. It is time to focus on the citizens and not what the GOP wants. We want fairness and equality in redistricting process in Georgia. It is tiring to see communities split in half, counties split so that those in leadership the past twenty years can keep control. Take your political party out of citizens rights to be represented the way citizens want to be represented.

Read what people around Georgia are telling the committee at https://www.legis.ga.gov/joint-office/reapportionment/public-comments.

Before you fire off a burn-it-all-down, social-media-style comment, take a few minutes to learn about the reapportionment process. We have many options, some quick and simple, some longer and more involved, some text, some video.

Start with our June 9 story explaining why Georgia lawmakers are redrawing your Congressional and state district lines.

Here’s a link to the Reapportionment and Redistricting Committee’s webpage at the State Capitol, which contains maps, Census data by district and county, recordings of previous public hearings and meetings, and more information specific to how Georgia lawmakers are redrawing voting maps.

Fair Districts Georgia and the Princeton Gerrymandering Project, two nonpartisan redistricting groups, presented this slideshow to the committee on August 30, explaining how to draw “fair maps” by using neutral data like the 2020 Census and recent election data to generate maps that don’t go out of their way to loop in people from distant areas (and cut out other voters) just to pad a district in favor of one political party:

For a handy guide to the entire process, check out Ballotpedia’s entry on “Redistricting in Georgia after the 2020 Census.”

Congressional Quarterly’s Roll Call “How redistricting will shape the fight for House seats” video (3:37) – a quick and dirty explanation of how politics affect the ways that districts are redrawn.

History Channel, “Gerrymandering: Controversial Political Redistricting Explained” video (2:44) – a quick explanation of the term “gerrymandering,” which is the process of drawing districts to benefit the party in power.

Vox, “The man who rigged America’s election maps” (7:41) – a look at Thomas Hofeller, who strategically redrew Congressional districts around the U.S. in favor of the Republican Party. After Hofeller died, his daughter Stephanie found files for “Project REDMAP,” a nationwide GOP redistricting strategy that Hofeller had run for decades. She went public with the files, setting off a huge legal battle (and dredging up family matters) over who controls the mapping information that proved particularly important in North Carolina and that turned state legislatures red across the country.

Brennan Center for Justice’s “A Media Guide to Redistricting” – an overview of redistricting efforts nationwide for reporters covering the process. Some questions it raises are worth considering: