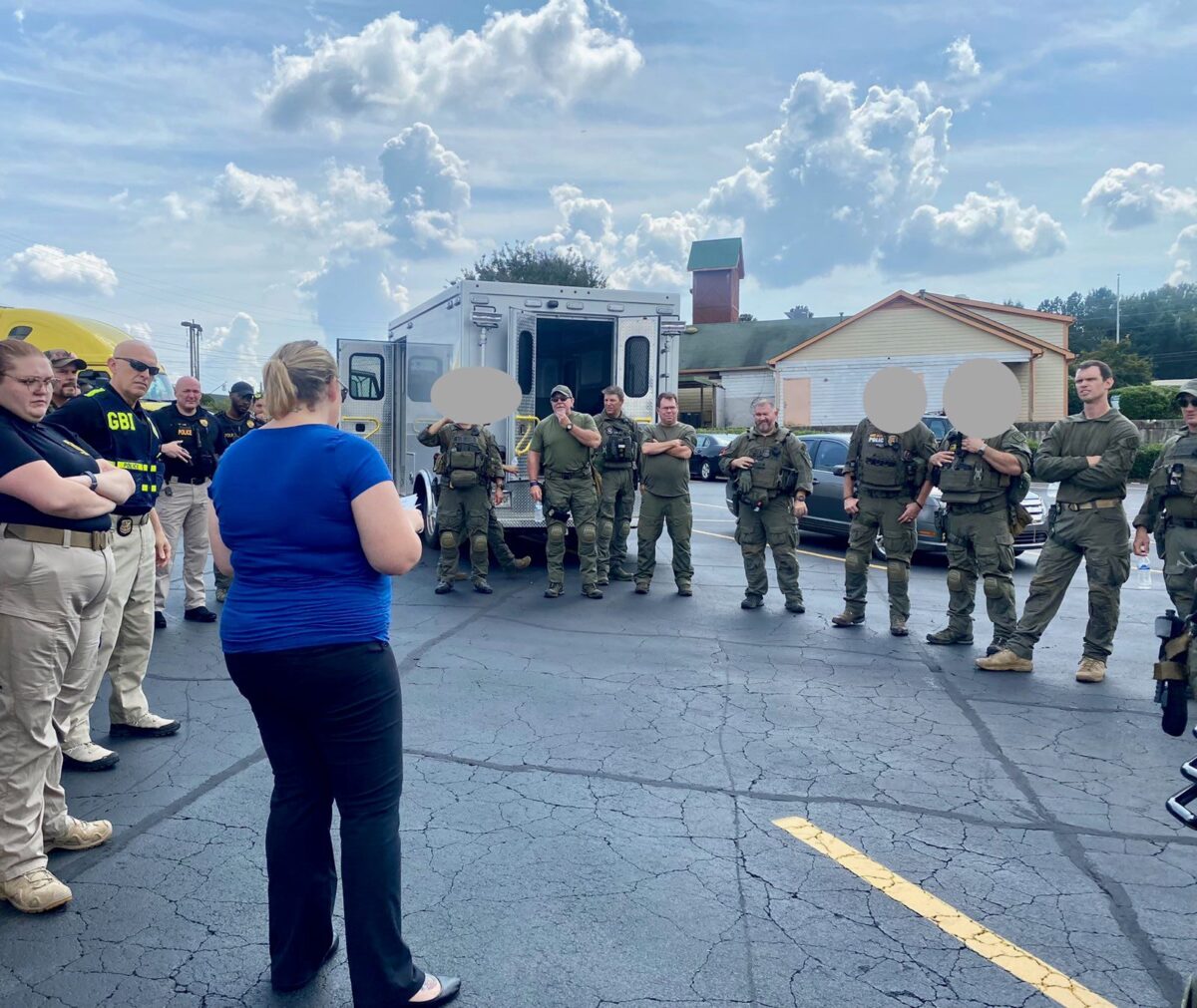 The Georgia Bureau of Investigation says seven people have been arrested and charged for their alleged roles in a child sexual abuse ring, based on “numerous cybertips” from the National Center for Missing and Exploited Children.

The two-month-long operation was a coordinated effort between the Georgia Bureau of Investigation’s Child Exploitation and Computer Crimes (CEACC) Unit and Special Enforcement Team (SET).

One suspect allegedly had been chatting online with children as young as nine years old, the GBI said.

During the effort, ten search warrants were executed. During those search warrants 101 digital devices were previewed by GBI Digital Forensic Investigators and at least 17 of those digital devices were seized as evidence. Thirty-three of the digital devices previewed were mobile phones. Investigators who work child exploitation investigations are increasingly seeing more mobile phones as the main instrument by which predators seek out child sexual abuse material and communicate with others who are like minded. They are also increasingly using mobile devices to contact children online.

Four of the suspects charged are from Clayton County. The others are from East Point, Porterdale, and Social Circle. All are presumed innocent until and unless convicted in a court of law.

The Clayton Crescent is a 501(c)(3) nonprofit news organization based in Jonesboro, GA. Our mission is to serve the public interest by covering news in Clayton County and the Southern Crescent, particularly those geographical and topical areas historically (and currently) less-served by traditional news organizations. We exist to inform the public about policies and actions that impact them directly or indirectly, with special attention to elected and appointed officials and bodies. We investigate alleged corruption by those in power. We cover those communities historically ignored by the local press, including marginalized groups and unincorporated areas with no city government. We strive to connect citizens to their elected officials on matters of substance. We are members of the Institute for Nonprofit News and are Silver Award-rated for transparency by Guidestar. We welcome your tax-deductible support at donorbox.org/clayton-crescent. Thank you.