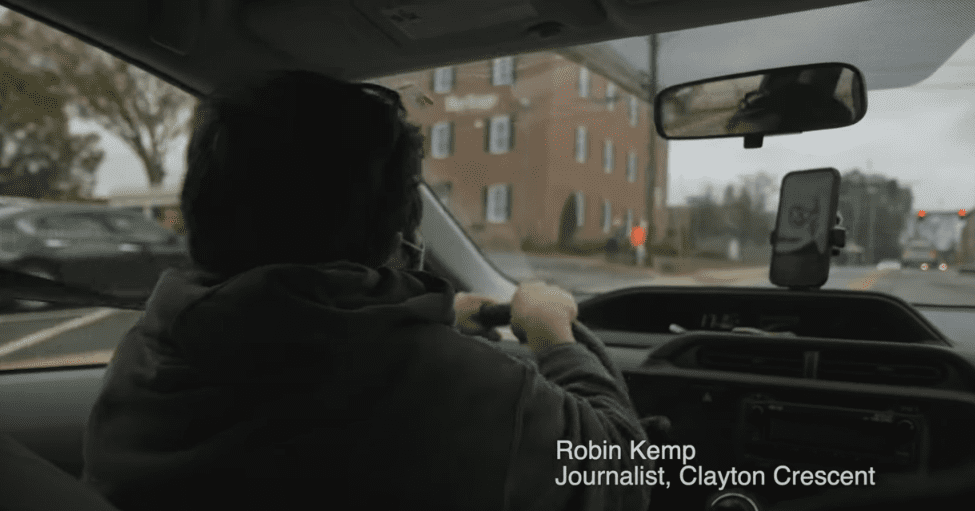 I’m writing you in the first person and not the royal editorial “we” because I want to let you know that The Clayton Crescent has until Friday, September 17 to match a generous donation of $3,000.

Won’t you be one of them?

When I was laid off from the paper in the second round of COVID-19 staff cuts, I was less worried about finding work than I was about leaving Clayton County with no consistent source of serious news reporting. It’s not ego talking. It’s just a fact. Other colleagues I respect cover Clayton County but not all day, every day. It was me or no one.

So I walked into my home office, found that terrible red template, and kept the news coming.

At first, people didn’t get it. They said things like, “Are you OK?” or “How’s your blog?”

Then Election Night 2020 happened. Good things come to those who show up.

I was the only reporter who covers Clayton County who took the time to go down to the bunker and watch the returns come in–one of the most important jobs any reporter can do. The only other news organization there was from Norway.

You know the rest. And if you don’t you can read all about it or listen to the BBC, NPR, Leading Britain’s Conversation, local news outlets and a bunch of other folks talking with me about it.

That is a reporter’s job. The press exists to keep a check on government, specifically the abuse of power, without fear or favor.

But to keep doing my job for this community, I need your help.

I don’t make a lot of money, but I do auto-debit donations to both public radio stations monthly. It adds up and I get the satisfaction of hearing some extremely talented colleagues’ insightful reporting. I do it because I care about independent, professional news coverage. Other people who truly can’t afford it get the benefit, as well. That’s what public media and nonprofit news is all about.

You can do the same thing for The Clayton Crescent. My rule of thumb for giving is: How much do I spend on coffee in a week? How much is a six-pack or a bottle of booze? How much am I eating out of drive-thrus?

I’m asking you for one week’s worth of that. Not ALL your lattes all month! Just one week’s worth. Really, less than that. If you blow $5 on coffee per day, I’m basically asking you for two coffees per month. If you hoist two or three beers every Friday night, I’ll take one! And if you’re eating out of bags in your car, you already know one trip through the drive-thru can cost almost $10. (What’s up with THAT?)

Do something for your health and for the health of Clayton County as a community: Consider reinvesting some of that pocket money into a monthly recurring debit dedicated to keeping yourself and your neighbors informed. We’re gluten-free, fat-free, and safe for people allergic to corruption.

We have been planning some special additional benefits for monthly members (and those who donate $100 or up one time per year) that we’re not quite ready to share yet.

You also can deduct your gift from your taxes because we are a registered 501(c)(3)–making your gift to us essentially free to you.

But the biggest benefit you’ll receive is continued coverage in a corner of metro Atlanta that desperately needs it.

And despite the first-person appeal, it’s not all about me. It’s all about you.

If I hadn’t been there, would you have known what happened?

You deserve quality news coverage, Clayton County. Dance with who brung ya.