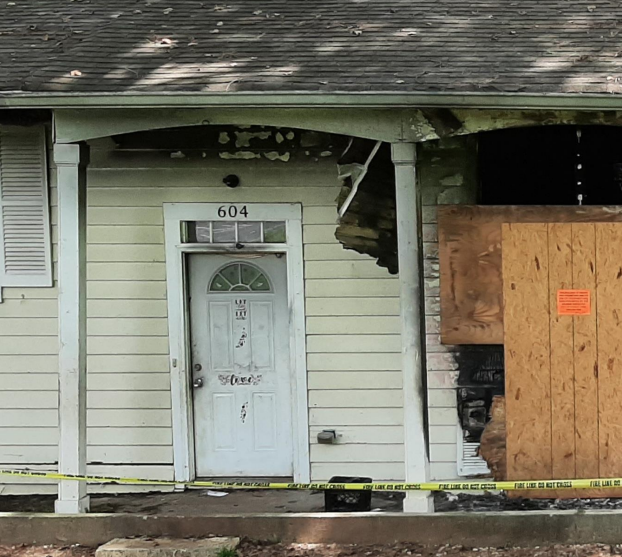 The Clayton Crescent has obtained audio of the Wednesday, September 1, 2021 candidacy challenge hearing for Deonetra Riggins, who the city had qualified to run in Ward 1 for the Novermber 2 election. Two other candidates in the race, incumbent Councilwoman Kimberly James and challenger Trudy Smith, each filed written challenges alleging that Riggins had listed on her sworn affidavit of candidacy the address of a house that had burned down two months before the city qualified her as a candidate on August 18.

A tale of two addresses

At the hearing, Riggins said that she still lives in Ward 1 at a house a few blocks away. James said she had spoken with Pearson Properties Residential, the rental company that owns the burned house, and that they told her the property had been condemned and all leases there cancelled.

City Clerk S. Diane White said that Riggins’ new address was not the one on her paperwork. The day after the hearing, White disqualified Riggins as a candidate for the Ward 1 race.

The Clayton Crescent learned of the hearing and filed an Open Records Request on Sunday, September 5 for the audio. The city delivered the audio on Friday, September 10.

Georgia’s Open Records Act gives government agencies three business days to respond to open records requests. If some records are available but others are not yet ready, the agency has to produce the ones that are ready. It also has to give a reason why any requested records might be delayed.

The Clayton Crescent also had filed an Open Records Request with Forest Park Fire and Emergency Services, seeking more information about the fire. That request still shows as pending as of September 10. James shared FPFES reports from a similar Open Records Request she had made.

According to a FPFES fire marshal’s report dated June 2 and related reports, “All units were dispatched to a structure fire on June 1, 2021” at 3:10 p.m. and arrived at the Ward Street address four minutes later, where “heavy fire and smoke” poured from the downstairs and upstairs windows. Riggins (who was listed as Deonetra Evans, her married name), Darnell Evans, Jarvis Hill, Derik Jackson, Daniela Scott, and three children were listed as occupants, with Tony Scott as the renter. Crews got the fire under control in 14 minutes. The fire marshal reported that one of the children had been playing with a lighter on a bed–which caught fire–then tried to put out the fire using two cups of water. The child had “some redness and scratch markings” on her thumb but no other injuries were reported. The fire was ruled as “incendiary, however the intent does not appear to have been to burn the house.”

On the recording of are White, who conducted the hearing; James, who was present in person and who had filed a challenge letter; Smith, who was present via Zoom and who also had submitted a written challenge; Riggins; City Attorney Mike Williams; and Tony Scott, Riggins’ brother-in-law, who said he had rented a room to Riggins at the burned-down house since 2019.

At the hearing, Riggins said she had continued to use 604 Ward Street, the condemned house, as her address and that she has been picking up her mail there since the fire. She denied lying on the affidavit and said that, even if she were disqualified, she would run as a write-in candidate because “I’m not a quitter.”

“I don’t give up and I most definitely don’t fold under pressure,” Riggins told The Clayton Crescent. “I’m still going to run this one so I am going to fight till the end.”

Listen to the hearing, read the transcript

Here is the recording, along with our unofficial transcript of the hearing. Mobile users may be better able to read the PDF transcript by turning the phone sideways:

Riggins: “I was planning on moving back”

The Georgia Secretary of State’s Elections Office oversees election law generally. Forest Park’s city code does not provide for city elections officials to check candidate qualifications, but references state law on deadlines for filing notice of candidacy. Under state law, either the elections superintendent or anyone qualified to vote for the candidate–including other candidates in the same race–may challenge a candidate’s qualifications. The elections superintendent can do it anytime before the election. Qualified voters can file a written challenge of a candidate’s qualifications anytime within two weeks after the last day of qualifying.

Swearing a false affidavit is a felony in Georgia that carries penalties of a fine of up to $1,000, one to five years in prison, or both. However, attorneys say, if a person believed the information was true at the time, that could be a defense.

Asked whether she had known that she had to put her new address on the affidavit, Riggins said, “No, I didn’t know because I was planning on moving back after renovation.”

She added that she didn’t know whether she would get back her $432 filing fee, which city receipts show was paid in cash.

Please become a member of The Clayton Crescent so that we can keep you informed of the stories that have the most impact on your day-to-day life as a Clayton County resident. Like public radio, we depend on your financial support to bring stories like this one to you. Help us meet our $3,000 goal by September 17 with your tax-deductible gift of at least $10 per month or $100 per year–and it will be matched! We’re adding some special member-only benefits that will enhance your knowledge about what’s going on and put you in touch with movers and shakers. Monthly donors will receive additional thank-you privileges. Join now–and thank you!