BOC to vote on hearing for Bryant 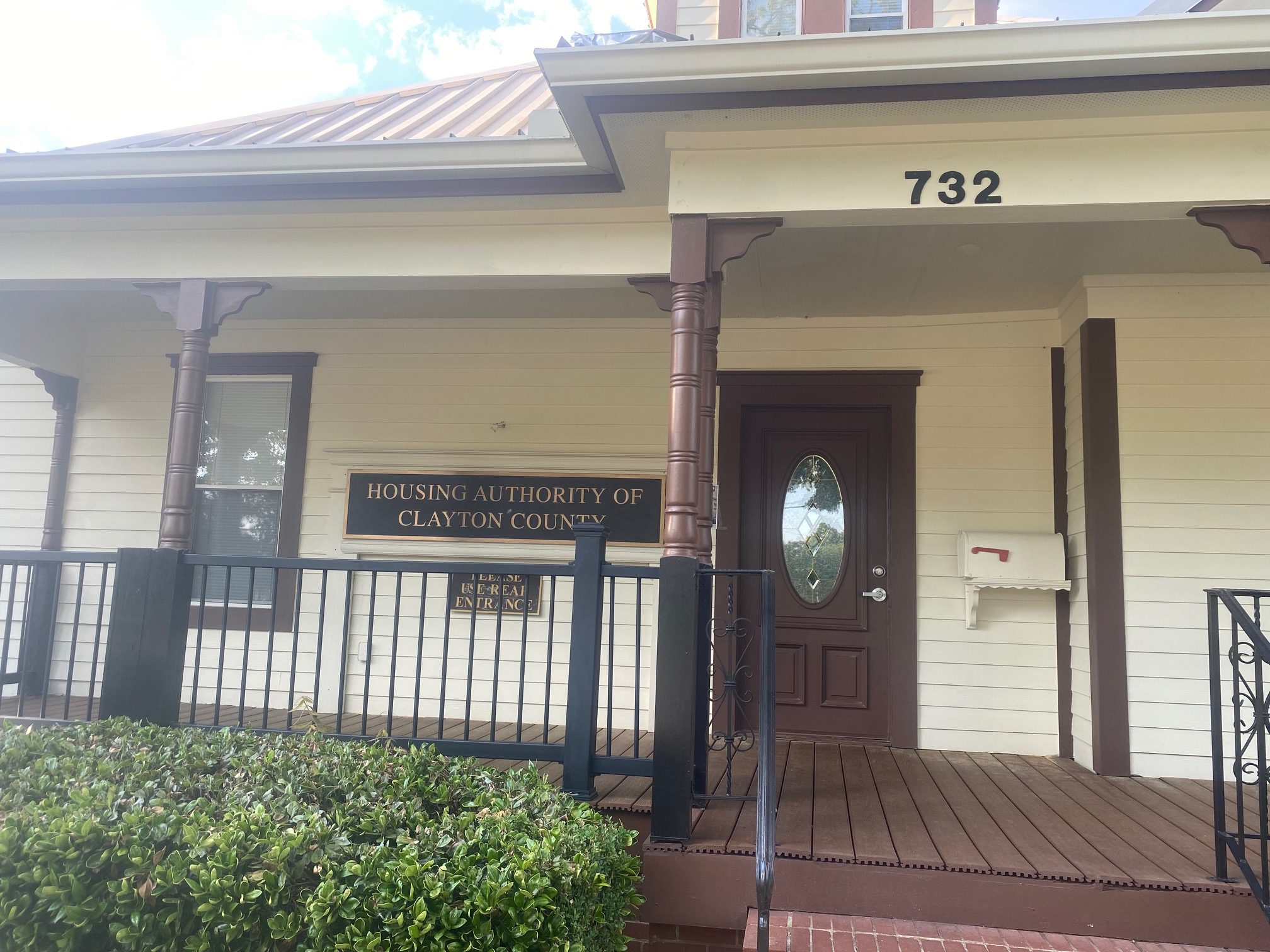 UPDATES with history of Bryant-Starr-BOC-HACC conflict

The Clayton County Board of Commissioners is set to vote Tuesday on a resolution to hold a hearing into whether or not Housing Authority of Clayton County President Michael Bryant “neglected his duties and/or participated in misconduct warranting removal from office pursuant to State law and County ordinances.”

The resolution calls for a hearing at 5:30 p.m. on Tuesday, September 21 at 112 Smith Street, Jonesboro.

The Clayton Crescent has reached out to Bryant for comment and will update with any response. We’ve also asked Forest Park City Manager Dr. Marc-Antonie Cooper for information about the allegations the BOC resolution makes against Bryant.

In 2016, the then-Board of Commissioners voted to remove Bryant and two other HACC board members after they had suspended former director Wade Starr, Jr., locked him out of the building, and changed his passwords. Bryant and James Fambrough accused Commissioners Sonna Singleton Gregory, Michael Edmondson, and Gail Hambrick of using Starr to rubber-stamp decisions at HACC. (Gregory and Hambrick had brought the hearing request to the BOC.) The three commissioners were the majority that had voted to hire Starr as a consultant, following an emergency motion by Edmondson. Starr’s salary was $36,000 and he already was executive director of HACC. The three HACC board members were the majority that voted to suspend Starr, saying his contract said he would only work for HACC. A week later, the board rescinded the suspension, saying they would give Starr 30 days to cure the alleged breach of contract, either by quitting as the BOC’s consultant or having HACC sign off on his work. Starr threatened to sue the board and asked the BOC to remove the three HACC board members who had voted to suspend him. The BOC voted 3-2 to kick Bryant, Fambrough, and Karen Linnear off the HACC board, alleging misconduct. Bryant and Fambrough said HACC had acted on the advice of legal counsel Robert Mack, who is now a Clayton County Superior Court judge. Chairman Jeff Turner and then-Commissioner Shana Rooks Malone voted against removing the three HACC board members. Malone is also now a Clayton County Superior Court judge.

Also at the 2016 meeting was District 3 School Board member Jessie Goree, who commented that she was there to stick up for Linnear and that the BOC’s firings smacked of retaliation. According to the post-summary meeting minutes, “Commissioner Edmondson brought the contract to the table to begin with and Ms. Goree stated she herself did not have a problem with Wade Starr working for this county. But, what she has a problem with is when a commissioner brings something to the meeting that is not on the agenda; then, what she would have liked for to happen is that Commissioner Edmondson allowed the County Attorney to vet the contract to see whether or not Mr. Wade Starr could serve in that capacity in the first place.”

At the time, Bryant said, “We tell children the difference between right from wrong. There is consequences for actions. For three members to not ensure that an individual takes responsibility for wrongdoing, but instead condoning it, it saddens me that someone won’t chastise an individual who’s done wrong. Wade Starr has done a lot wrong in reference to the Housing Authority, and no one in this county ensures he’ll take responsibility for his actions.”

The BOC also voted 4-1 to deny a request from HACC for a $20 million tax-free revenue-bond issue to “acquire, renovate, and install a multi-family housing facility” at 145 S. McDonough Street in Jonesboro, which is the city’s public housing complex behind the Historic Courthouse annex. Turner said, “Is this not the same type of revenue bond deal that we turned down about two months or so ago that dealt with three apartment complexes? And who is making this request? Is it the Housing Authority or the board? Because it had to work through Mr. Starr to get to the board.”

Then-Interim Chief Staff Attorney Jack Hancock replied “that he does not know anything about the projects but that
it is the same type of vehicle that was involved last time; and, that he does not know how it got to the board, but it is a request from their board and their board has passed a resolution.” Gregory pointed out that the City of Jonesboro had asked the BOC to support the request.

Ryan Cusage, senior project manager of Hampstead Keystone Partners, L.P. , said that the company just wanted to build a clubhouse and renovate four units. Rooks asked, “It means installing a clubhouse and not a multi-family housing facility, even though it is written that way?”

“That is correct,” Cusage replied.

Turner said a similar request had been turned down previously.

Tuesday’s vote comes as the race to fill the late Commissioner Gregory’s seat on the board is underway. With only four board members, a 3-1 or 2-2 decision would be the result, unless the resolution is held until after the September 21 special election.

You can read past minutes of the Housing Authority of Clayton County online at https://bit.ly/3jMsUni

In a separate resolution, the board is set to vote on removing Addie Whitaker from the Zoning Advisory Group for having missed two consecutive meetings.

The Clayton Crescent appreciates your support to keep this award-winning news service growing! Your gift of any amount, up to $3000, will be matched by two generous donors through September 17, 2021. Please consider making a monthly pledge of $10 or more, or a one-time gift of $100, and become a member! You’ll not only get access to special member-only events–you’ll also help keep the news open to all Clayton County residents! Make your tax-deductible donation online now at donorbox.org/clayton-crescent. Thank you!