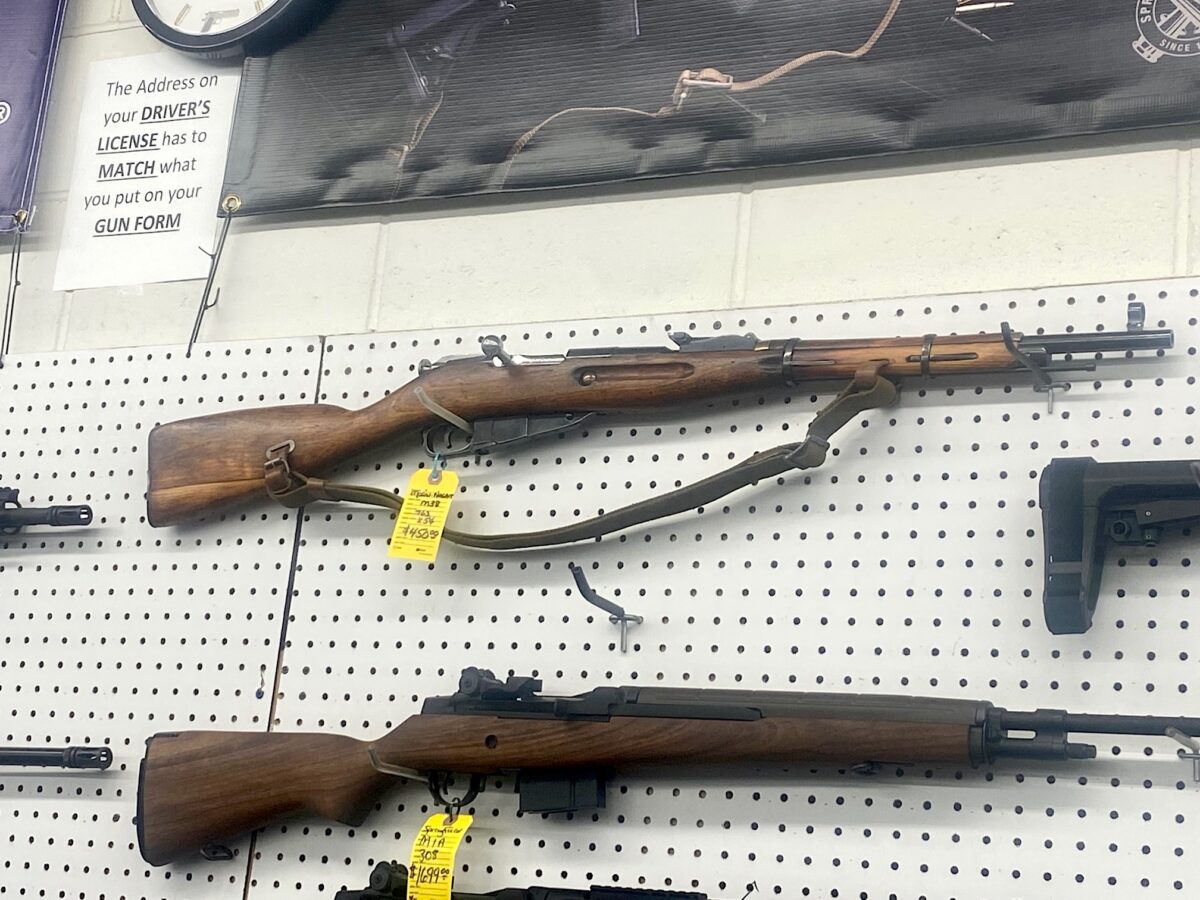 A Jonesboro man is facing federal firearms and identity theft charges after guns he allegedly had bought in metro Atlanta turned up days later at crime scenes in New Jersey and Florida.

A federal grand jury indicted Dawuan Na’jee Williams, 39, of Jonesboro and Tallahassee, Florida on August 17 and he was arraigned August 26 before U.S. Magistrate Judge John K. Larkins III. Williams is charged with five counts of making false statements to federally licensed firearms dealers, five counts of aggravated identity theft, and one count of possession of firearms by a convicted felon.

Williams pleaded not guilty to eleven counts. He is being held at the privately-operated Robert A. Deyton Detention Facility in Lovejoy, according to his plea document. A note in the federal court docket indicates that Williams had been scheduled for a preliminary/detention hearing on July 28, but that the hearing was cancelled because Williams had been “placed in quarantine at Lovejoy. Per the USM [U.S. Marshals], the defendant should be available on 8/5 to return to court.”

Williams is considered innocent of the charges until proven guilty in a court of law.

According to Acting U.S. Attorney Kurt R. Erskine, the charges, and other information presented in court, Williams allegedly used a fake ID to buy “dozens of firearms and large-capacity ammunition magazines in the metro Atlanta and North Georgia areas. Williams could not lawfully purchase the guns because he had been convicted previously of numerous felonies, including burglary, robbery, terroristic threats, kidnapping, aggravated battery, and criminal use of personal identification information.” ATF investigators found Williams allegedly had made “at least six separate purchases of firearms in the Northern District of Georgia between October 10, 2020 and June 6, 2021.”

On May 29, a 9mm Glock 17 semiautomatic pistol that Williams allegedly had bought, along with four other firearms, on May 21 at Moss Pawn Shop turned up at a crime scene in Newark, N.J. under the name of another man with a Jonesboro address. An ATF investigation found that Williams allegedly used a fake ID and signed that man’s name to federal background check paperwork (ATF 4473) at Moss Pawn, paying “$4,081.14 in cash for six firearms, 13 boxes of ammunition, three magazines (including 100-round drum magazine), and a firearms cleaning kit.”

A separate indictment alleges that Williams also made the following purchases and that he used a false identity to buy firearms on five occasions, at least two of which involved Clayton County gun shops:

An expired Florida driver’s license using the second man’s name and what agents said was not that man’s photo bore Williams’ previous Jonesboro address was flagged in Florida’s system. Federal agents began tracking Williams’ firearms purchases. Later, the ATF found Williams had a valid Florida drivers’ license with his photo, the other man’s name, and his current Jonesboro address.

Investigators say Williams has “numerous” convictions in both New Jersey and Florida, “including but not limited to Burglary, Robbery, Terroristic Threats, and Criminal Use of Personal Identification Information,” and that Williams “did knowingly possess, in and affecting interstate and foreign commerce,” at least one of four firearms, including a Ruger LC9S 9mm, a Smith & Wesson M&P 380 Shield, a Ruger-57 5.7x28mm semiautomatic pistol, and a Smith & Wesson M&P 15 5.56mm semiautomatic pistol.

Those convictions allegedly include Essex County, N.J. and Leon and Gadsden Counties in Florida. In Gadsden County, Williams was convicted of a March 2018 home-invasion robbery, kidnapping, and aggravated battery.

A second semiautomatic pistol turned up in July at a Tallahassee, FL crime scene. That gun also allegedly had been bought using Williams’ fake ID. According to federal agents, “A cellular telephone video taken around the time of the Florida shooting depicted the alleged shooter as a man of Williams’s race and complexion wearing a distinctive red baseball cap and red Gucci belt.”

That led federal agents to raid a house where Williams was renting a room. There, agents found “four firearms that had been purchased with Williams’s fake ID, empty firearm boxes for other firearms purchased with that ID, a red baseball cap, and a red Gucci belt. Williams was arrested that same day.”

Erskine said, “Convicted felons are prohibited from legally possessing and purchasing firearms under any circumstance. Criminals who try to circumvent these restrictions by stealing and using the identities of law-abiding citizens will be prosecuted.”

Acting ATF Atlanta Special Agent in Charge L.C. Cheeks added, “It is illegal for any convicted felon to possess a firearm. These illegally purchased firearms will more than often be used in violent crimes and it is these types of guns that we need to get off our streets.  ATF will continue to work with our Federal and State partners to improve safety in each and every community we serve.”

The Atlanta and Newark Field Divisions of the Bureau of Alcohol, Tobacco, Firearms and Explosives are investigating the case. Assistant U.S. Attorney Theodore S. Hertzberg, Firearms Trafficking Coordinator for the Northern District of Georgia, is the prosecutor.

Between 2015 and 2017, two Clayton County FFLs, Moss Pawn and Acme Pawn, were among 99 firearms dealers in Georgia who received warning letters from the ATF over paperwork issues. Only two dealers statewide–Jackson True Value Hardware in Jackson and Evergreen Pawn in Adairsville–were given a warning conference, which is the last step before the ATF revokes an FFL’s license. No FFL lost its license during that time.

Read our previous coverage about straw purchasing in Clayton County and the Iron Pipeline, which ferries illegally-obtained firearms–many from from Clayton County–to areas in the Northeast where guns are harder to buy.

See statistics about firearms stolen from legal dealers in 2020, including 529 taken in 93 incidents across Georgia last year. The ATF says 13,173 firearms nationwide were reported stolen or lost in 2020.

Read a May 26 investigation by USA TODAY and The Trace that found the ATF sometimes gives a pass to some FFLs who violate the law.