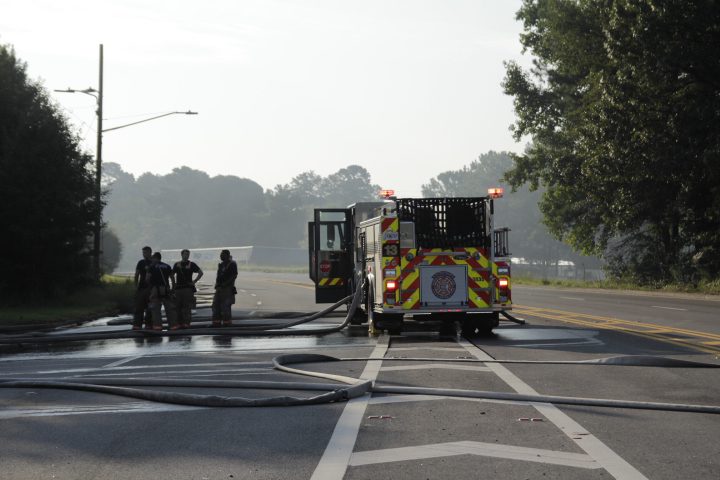 A fire at the Amerigo scrap metal recycling yard in Lake City overnight has shut down Forest Parkway for at least a couple of more hours, says Lake City Police Chief Anthony Whitmire.

Towering flames and foul smoke rose above the treeline next to the Auto Zone at Forest Parkway and Jonesboro Road. The fire flared up a second time overnight.

Whitmire said the cause of the fire is still under investigation. “Residents said they heard an explosion,” he told reporters. “Periodically, they do have gas tanks or propane tanks or something that blows. We’ve had a gas tank issue with that in the past.”

CCFES crews were still on scene during morning rush hour. Hoses stretched across Forest Parkway as firefighters gathered in small groups. A crane began clearing debris at the scrap yard. Fire investigators were on the scene.

Employees at the Auto Zone said the fire had not damaged the store.

Whitmire said that, besides CCFES. “I think Forest Park offered some assistance–I think I saw one or two of their smaller vehicles.”