School Board District 8 qualifying is underway 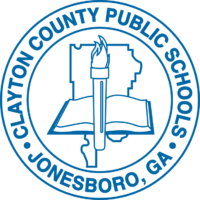 12:42 p.m.: CLARIFICATION: Jessie Goree says she is not endorsing any candidate in either race; ADDS she took photos with multiple candidiates

Potential candidates for the Clayton County Board of Education District 8 seat must qualify by noon Wednesday if they want to run in the September 21 special election.

Qualifying takes place at the Clayton County Board of Elections and Registration Office, 121 South McDonough Street, Annex II, Main Floor in The qualifying fee is $360 (payable by cashier’s check or money order).

A check of the Secretary of State’s website shows one candidate had qualified as of press time. Arvis Walker is president of the Forest Park High School PTSA and PTA District 7 assistant director and owns a Conley-based trucking company, 4Ever C & A Trucking LLC. Walker has been campaigning since at least July 20, according to her Facebook page.

Since Anderson announced her decision to run for county commissioner, both Anderson and CCBOE President Jessie Goree had said that they were unofficially vetting their potential candidates for the District 8 seat. Both Anderson and Goree have appeared with Walker since Walker began campaigning for school board.

Goree objected to The Clayton Crescent publishing a photo showing her, Anderson, and Walker at an event.

Goree told The Clayton Crescent that she is not endorsing any candidate in either race. She also said that she has taken photos with multiple candidates who are friends of hers.

“I don’t even live in District One,” Goree said. “Those people need to make their own choices over there. Same thing for the school board. We have great candidates that are going to qualify, and great candidates for the commissioner’s race. I know five of those people personally and of course Alieka Anderson has been my vice chair, so I know her the best, but I also know four other people that are in the race as well, and I think those other four candidates are just as qualified. We’ve got great choices.”

“I don’t want to get into any fights with people about that race because I don’t even live over on that side of the county. The people of District 1 and District 8 will determine who is on those boards. I wish everyone the best.”