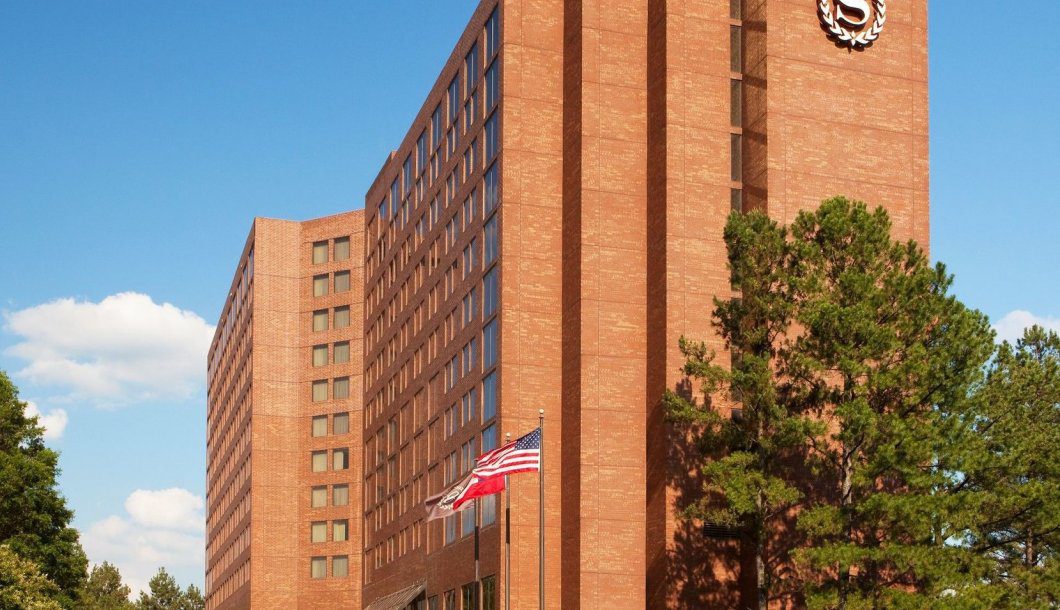 The City of Atlanta, which owns the former Sheraton Gateway Hotel at 1900 Sullivan Road in College Park, will take down the building in a controlled demolition around the first week of September.

An announcement from the City of College Park notes the tentative date and time as September 5 at 7:30 a.m. However, that could change, depending on the weather and other factors that could affect the demolition, according to Dr. Tom Nissalke, assistant general manager of planning and development for the City of Atlanta’s Department of Aviation.

The property is in Clayton County. Tax records show the City of Atlanta owes Clayton County $381,163.04 in taxes for 2020 and that the case is active. The city paid $16.7 million to HC Atlanta Hartsfield LLC in 2017–more than double the $7.75 million the company had bought it for from Felcor Suites Limited Partnership in 2014. Felcor Suites had paid $30 million in June 1997 to Sheraton Savannah Corporation for the property.