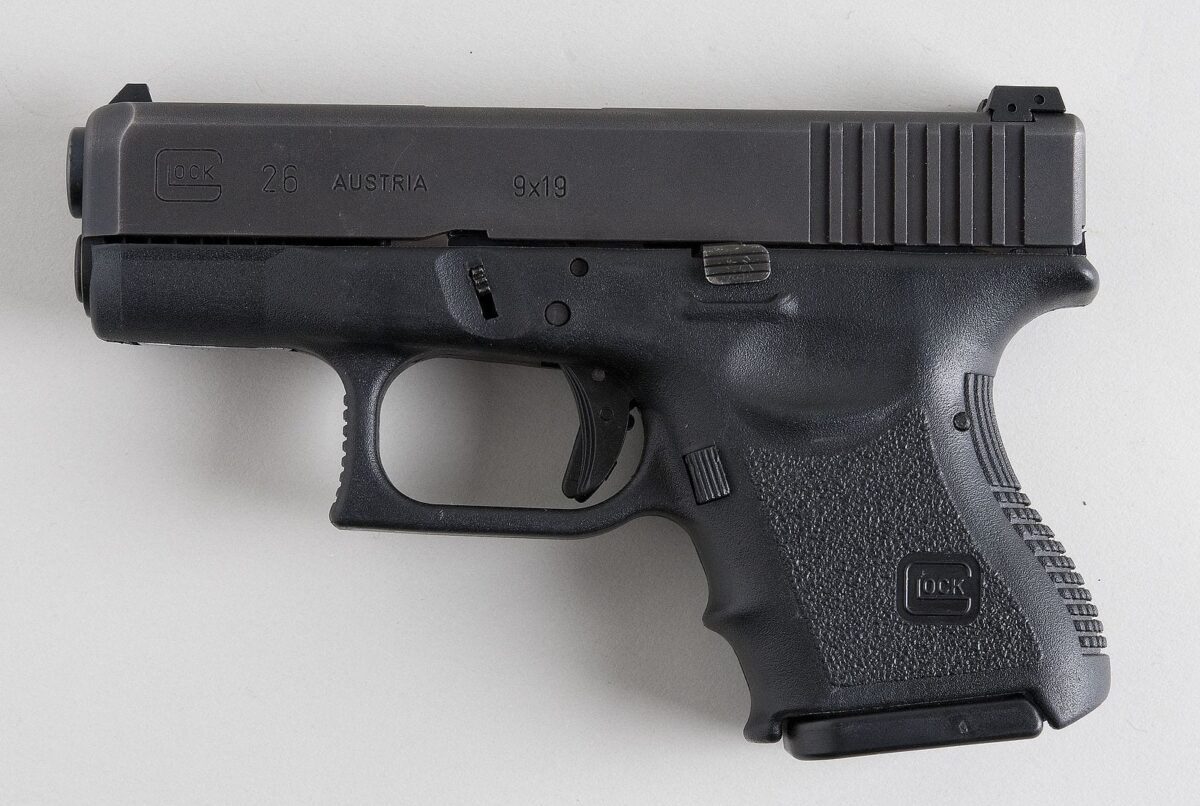 A Georgia man and eight others have been indicted in New York for allegedly running an illegal firearms-buying ring.

According to a superseding indictment filed in U.S. District Court for the Southern District of New York, Duvaughn “Dupree” Wilson allegedly acted as a straw purchaser about 30 times at various Georgia licensed firearms dealers.

Because New York’s gun laws are much more strict than Georgia’s, an illegal market known as the “Iron Pipeline” funnels firearms north along the I-95 corridor.

In one notorious case, a gun bought from Arrowhead Pawn Shop on Tara Boulevard was recovered from the scene where two New York City Police officers, Rafael Ramos and Wenjian Liu, were shot dead while sitting in their patrol car in 2014.

The superseding indictment against Wilson alleges that, “over the course of approximately 30 transactions, [Wilson] purchased dozens of firearms from multiple FFLs in Georgia, that is, retailers licensed to sell firearms. On each occasion, WILSON filled out an ATF Form 4473 (Firearms Transaction Record) attesting that he was the true buyer/transferor of the firearms, and that he was not acquiring the firearms on behalf of another person. In truth and in fact, however, WILSON was a “straw buyer” acting at the direction and on behalf of JAMES THOMAS, a/k/a “Spazz,” and COURTNEY SCHLOSS, a/k/a “Bway,” a/k/a “Balenci,” the defendants, for whom WILSON was purchasing the firearms.”

A straw purchaser is someone who buys a firearm for someone else who is not legally allowed to do so because that second person would fail a background check.

One common straw-purchasing ploy is when a man and woman come in together, claiming that the man is buying the woman her first gun. The woman might not seem too interested in the transaction, while the man says he’ll fill out the Form 4473 “for” her.

Then the seller has to answer yes or no to several questions about illegal drug use, felony indictment or conviction, dishonorable discharge from the military, commitment to a mental institution, court order or Military Protection Order or misdemeanor conviction for domestic violence, renunciation of U.S. citizenship, being in the U.S. illegally, visa status, and being a fugitive.

The form states that lying about any of the questions is a felony and may also violate state laws, that straw purchasing is a felony, and that regularly buying and reselling firearms as a business is against federal law without an FFL license.

The licensed firearms dealer then runs the buyer’s information through the National Instant Criminal Background Check, or NICS. Even if the system finds no reason to deny the sale, the seller can choose whether to complete the transaction.

After that, the buyer can resell the firearm privately without running any kind of background check whatsoever on the next buyer.

That’s where straw purchasers come in.

And among would-be gun owners who have been convicted of criminal activity, there’s a strong buyer’s market. Sometimes criminals target gun shops for smash-and-grab burglaries, like the October 2020 incident at the Forest Park Army Navy store. Others systematically break into vehicles looking for guns to steal, as they did for several years at the Forest Park Fire Department until the department installed gun lockers in the station houses.

On June 23, the White House announced that law enforcement officials would be cracking down on illegal firearms sales in New York, Chicago, Los Angeles, the Bay Area, and Washington, D.C. in July.

“These strike forces, which will launch within the next 30 days, will be led by designated United States Attorneys who will coordinate not only with ATF but also with state and local law enforcement partners in places where firearms originate and where they are used to commit crimes,” the White House said in a press release. “The strike forces will share information and otherwise coordinate their efforts across districts where firearms trafficking schemes cross state or jurisdictional boundaries. As part of this effort, ATF is issuing a best practices guide for law enforcement agencies that will include specific questions that officers should ask unlawful firearm possessors to help identify sources of trafficked crime guns.”

In addition, the Biden Administration said the Bureau of Alcohol, Tobacco, Firearms and Explosives (ATF) would revoke firearms dealers’ licenses “the first time that they violate federal law by willfully 1) transferring a firearm to a prohibited person, 2) failing to run a required background check, 3) falsifying records, such as a firearms transaction form, 4) failing to respond to an ATF tracing request, or 5) refusing to permit ATF to conduct an inspection in violation of the law.”

The government alleges the sales took place from about August 2020 to April of this year.

According to the superseding indictment, the suspects in New York would place orders with Wilson in Georgia via phone or text message, paying for the firearms via wire transfer, mobile banking app, or cash. Thomas allegedly ran funds to Wilson and transported the weapons back to New York by bus.

The group used code words like “televisions,” “TVs,””poles,” “situations,” “blixky,” “knock,” and “knox.” They also allegedly used “names of famous athletes, in some instances using jersey numbers as a reference to a caliber or model of firearm.” For example, a “Rondo” meant a 9mm pistol because Rajon Rondo wears number 9. “Free throws” allegedly meant “ammunition.”

Others named in the superceding indictment also allegedly used buses and rental cars to ferry illegal firearms up the Iron Pipeline from Georgia to New York.

On several occasions, police seized firearms from members of the gang during bus stops in South Carolina. While stopped, some of the defendants allegedly texted back and forth about what had happened during stops, ways they planned to hide the guns from police, plans to sell the guns, and the fact that South Carolina law enforcement officers “pull the bus every trip…right here…after the first [Georgia-South Carolina] border crossed…So if they find something its [sic] federal.”

Once the weapons got to New York, Schloss allegedly would resell them to Blixky gang members and others. Some of the guns allegedly involved were featured in music videos that gang members produced, like one called “Word to Folk” they filmed in Atlanta.

The firearms to be forfeited by the defendants included, but were not limited to those bought from eight unnamed federal firearms licensees (FFLs), which is the government term for a licensed firearm dealer. One of those dealers is in Jonesboro. However, nothing in the superseding indictment indicates the licensed dealers are in any trouble. Licensed firearms dealers must report purchases of two or more handguns by the same buyer or repeat handgun purchases within five consecutive business days. In Texas, Arizona, New Mexico, and California, FFLs must report multiple sales of rifles that are semiautomatic, that are of a higher caliber than .22, or that can accept detachable magazines.

In addition, the superceding indictment lists the following firearms Wilson allegedly bought, but no licensed firearm dealers are noted:

Eight defendants were taken into custody but Wilson was released, according to Inner City Press. All pleaded not guilty on June 11 in New York.