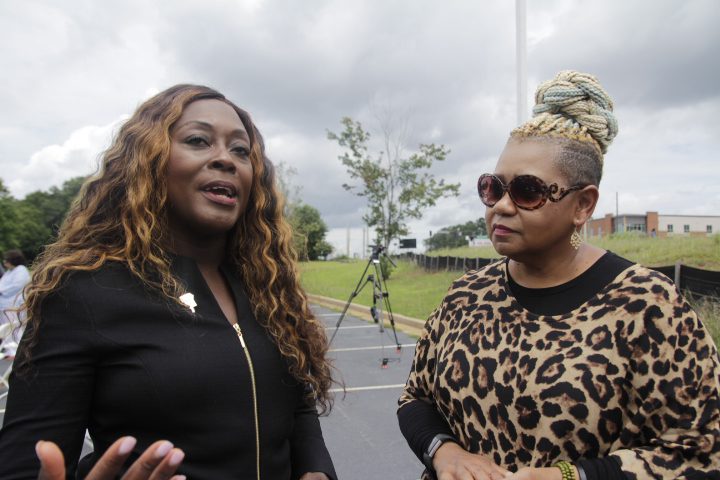 As of press time, at least 31 people have died on Clayton County’s roads since the beginning of this year–more than double the rate of each of the previous four years and more than twice the number of people killed in traffic and pedestrian accidents in the past two years combined:

In a letter to those officials, Franklin wrote, “As of Sunday, July 25, 2021, five additional lives have been lost on our roads bringing the total count to 31 fatalities on Clayton County roadways in 2021. Without safe crosswalks, proper lighting, and proper road paving to eliminate potholes, we are endangering the lives of pedestrians and motorists as evidenced by the two hit and run fatalities hours apart on Tara Boulevard on June 22, 2021. We continue to pray for the father in critical condition and mourn the passing of his wife, child, and unborn child, victims of a head on collision in Clayton County on July 23.”

She added, “It’s one fatal crash after another all while we are still mourning the loss of one of our youngest Clayton County Police Officers in a fatal vehicle accident on 19/41 Tara Blvd. It was during a GDOT meeting in
2019 that we learned that US19/41, State Road 3, is one of the most dangerous highways in the State of
Georgia.”

She asked the combined delegation for help getting funding for “safe overhead crosswalks, sidewalks, proper lighting, and integrated cameras to catch perpetrators, monitor our traffic, and keep our community safe. ” as well as for “our Police Department and State Patrol to do more traffic enforcement to prevent these accidents.”

State Rep. Rhonda Burnough has a very personal reason for backing the funding request: “The increase of pedestrian deaths on Tara Boulevard is a concern for me especially since one of the victims was the parent of a student at Hawthorne Elementary. The Clayton County Delegation plans to make it a part of our legislative priorities when we return to session. However, in the interim, we plan to set up a meeting with the [Board of] Commissioners and Georgia Department of Transportation to determine what we can do immediately.”

State Rep. Kim Schofield added, “The safety and value of lives of every Clayton County resident is very important to me. The Clayton County Delegation remains committed to working with the Commissioners and the county to find solutions.”

A spokesperson for Rep. David Scott said, “The uptick in pedestrian lives lost along Clayton County roadways is deeply tragic and preventable. Congressman David Scott looks forward to working closely with Commissioner Felicia Franklin and state and local partners to urge federal support for robust transportation infrastructure that saves lives and to develop the intergovernmental solutions needed to keep our communities and roadways safe.”

We’ve asked other members of the state and Congressional delegations for their responses and will update as we get them.