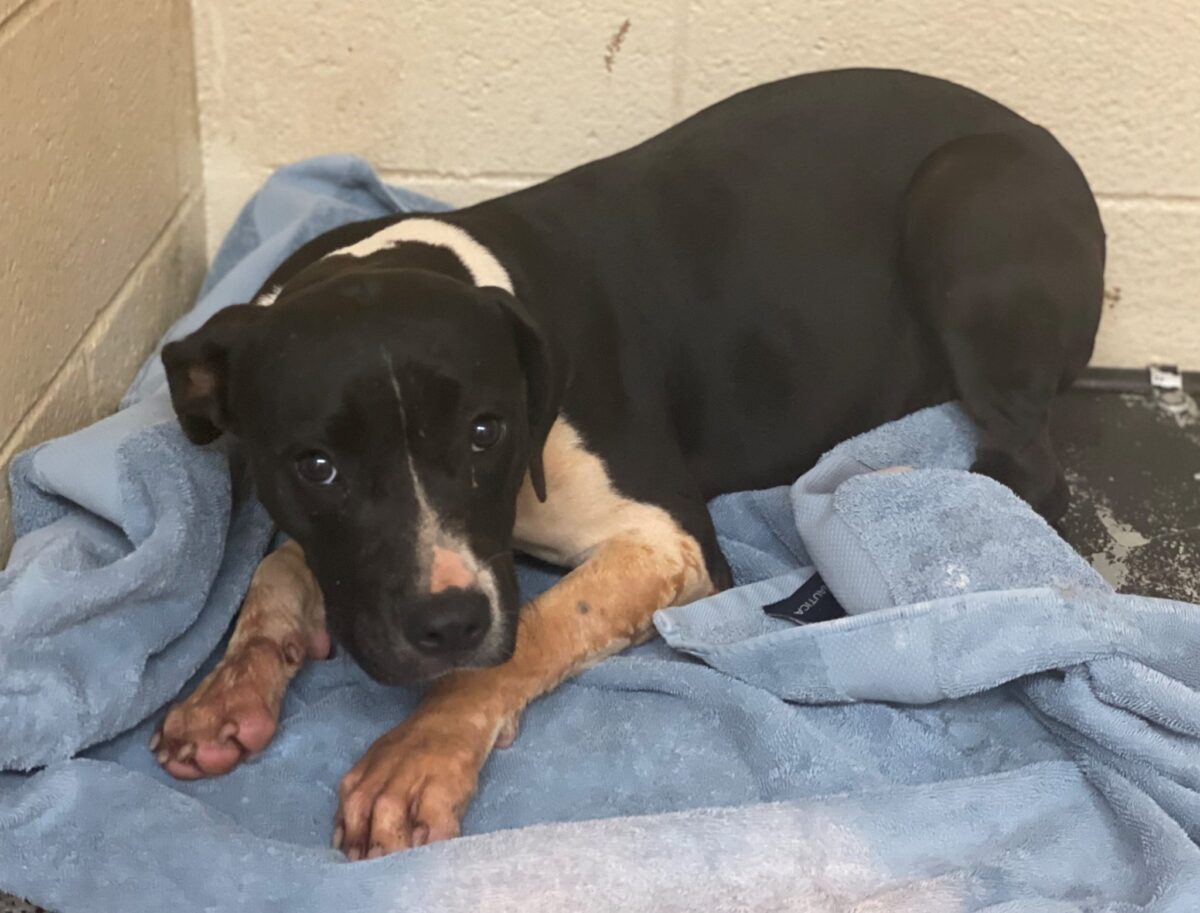 At press time, Clayton County Police said they were working a scene in the 8000 block of Dundy Court in Jonesboro, where “the odor and urine could be smelled from the exterior of the home.”

On Monday, July 26, Animal Control officers had come to the house to check into a report of possible animal hoarding. Police say the suspect refused to let them inside. The woman allegedly said she had five Great Danes and 13 cats and that she was “fostering for a rescue group. During the investigation, officers found that to be untrue.”

When Animal Control asked to check the welfare of all the animals on premises, police say, the woman only showed them four dogs.

After CCPD “networked” with the Georgia Department of Agriculture, Clayton County Corrections Institute Code Enforcement Division, and Community Development, officers went back Tuesday and asked the woman to let them inside. Again, she told them no, but “admitted to having a pig that was unable to move on its own, and [was] allowing the pig to urinate and defecate on itself.”

Given the number of animals on site, police executed a search warrant and were still in the process of rescuing the animals around 8 p.m. Tuesday.

On July 8, Animal Control and Lake City Police arrested Robin Pennington on Trahlyta Terrace after a tip led them to 46 dogs and 11 cats. Pennington faces felony aggravated cruelty to animals. She was granted $10,000 bond, was released from jail July 13, and is scheduled for a preliminary hearing in Superior Court on August 25 at 8:30 a.m. in Room 202.

The American Society for the Prevention of Cruelty to Animals says about 250,000 animals are hoarded each year and has more information about why people hoard animals, signs to watch out for, and ways you can help.

Some signs that a person might be hoarding animals include:

While scientists aren’t completely sure why people hoard animals, and while each case is different, some possible reasons may include dementia, delusion, unresolved trauma, a need to control, or a compulsion.

If you suspect someone is hoarding animals, call Clayton County Animal Control at (770) 477-3509.