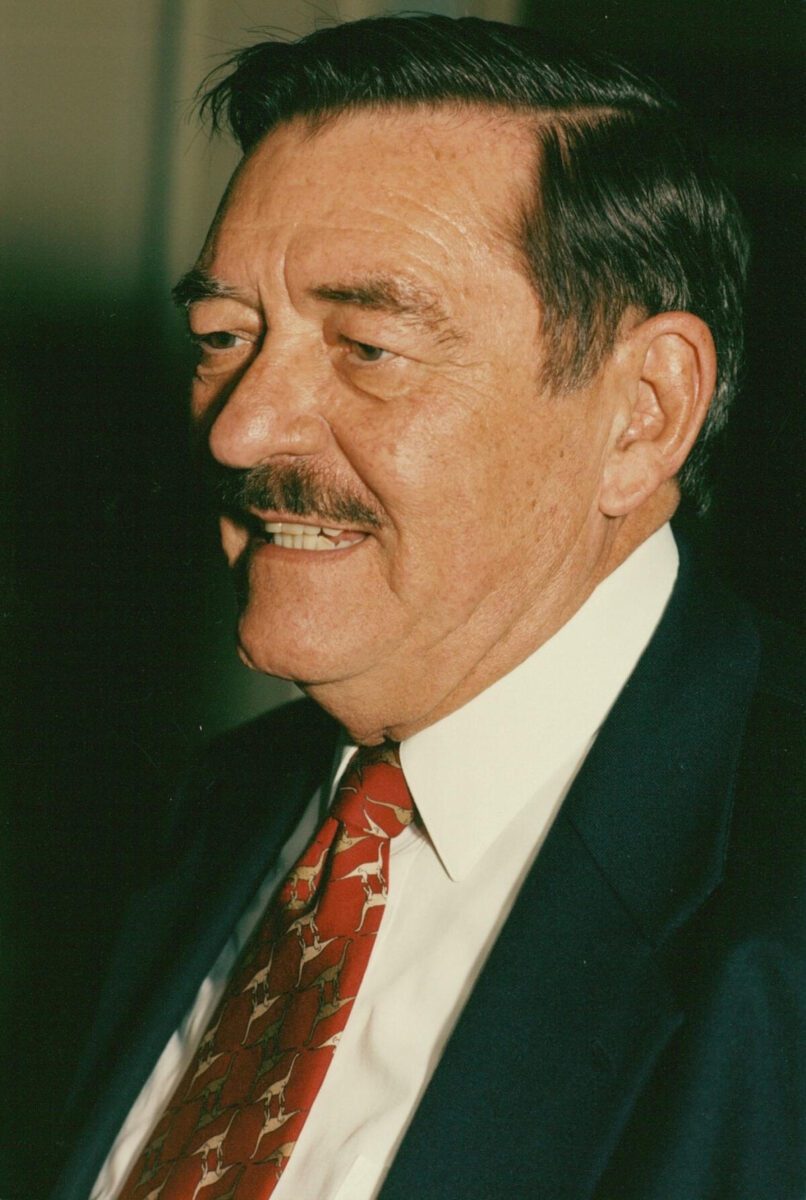 The news doesn’t stop. But The Clayton Crescent is taking a moment to remember Jim Kemp, a newsman’s newsman and the beloved father of Robin Kemp. My family and I will be tending to final arrangements over the next couple of days. But in the spirit of the man who spent half a century in the news business–in Korea, France, Galveston, New Orleans, Baton Rouge, Pittsburgh, and ultimately as senior assignment editor on the National Desk at Cable News Network, I know Dad would not want the virtual press to stop rolling. Dad was my mentor, my teacher, my best friend, my hero. He was a consummate storyteller, a master of puns, a proud 1st Cav veteran of the Korean War, a newsaholic, and a family man.

Dad leaves behind his wife of 60 years, retired Clayton State University history professor and archivist Dr. Kathryn W. Kemp; his son, IT support guru, digital audio engineer, and guitarist Christoper Kemp (Audrey); his daughter, journalist, videographer, and writer Robin Kemp (Raysa); four grandchildren, Jamie Montague Fischer (Josef), Ren Kemp, Leo Kemp, and Thomas Kemp; and one great-grandson, Xander. He was preceded in death by his stepfather, Rudolph Plath; mother, Mildred Elizabeth Kepner; father, John Clinton Kemp; sisters Dorothy Irene Kemp and Laura Elizabeth Rosendahl; brother Richard Alexander Kemp II; son Patrick Delgado Kemp; nephew David Armstrong; and half-sister Leora Marie Kemp. He was loved by literally scores of his colleagues, was generous to a fault, was kind to all, and had the courage and character to stand up for what was right at all times. He founded the Galveston Press Club and the Press Club of New Orleans, from which he resigned when the membership refused to allow a Black colleague to join. He loved his family and we love him beyond all measure.

Please take a moment to honor his memory and do someone a simple kindness in his honor. Arrangements are to be announced. Thank you to Thomas Scroggs Funeral Home for taking care of Dad’s cremation so that we can scatter his ashes on the beach in his beloved hometown of Galveston, Texas.

A proper obituary and memorial service will be forthcoming later. For now, you can read about him attending the Korean War Veterans luncheon at Arts Clayton.

This one’s for you, Dad. I love you and Godspeed. We’ll take it from here.

COVID-19 is roaring back among unvaccinated people across the country–and Clayton County is no exception.

As of Monday morning, the hottest zip codes are 30236, 30260, 30281 and 30215, with 500-560% increases in the number of cases since last week. We’ll have more on this new outbreak in a later story. Fewer than one in every three Clayton County residents has been fully vaccinated–that’s 32% of all residents. 36% have had at least one dose. Scientists say the new Delta variant is exponentially more infectious than the previous version, that more than 90% of the people who are hospitalized now are unvaccinated, and that more than 90% of those die. Vaccinations are free. Find yours here.

Explosive revelations about metro Atlanta’s development authority boards, including Clayton County’s, growing public outcry over pedestrian and road safety, and the Board of Commissioners District 1 and School Board District 8 races top this week’s Roundup.

SaportaReport’s John Ruch has a story about a combined development authority board for metro Atlanta, the Joint Development Authority of Metro Atlanta, which uses a post office box in Rex and an Invest Clayton staffer. The story is that this board has raked in significant chunks of the public’s tax dollars, but flouts Open Meetings and Open Records laws by meeting in secret and not keeping minutes, and not responding to Open Records requests, specifically: ” a Clayton authority staffer who is paid a stipend to staff JDAMA did not respond to an open records request. The latest JDAMA financial report on file with DCA, dating to fiscal/calendar year 2016, showed it had $74,230.69 in cash and no other assets, and claimed to have no income or expenditures.”

Also, “The JDAMA was formed in 1995 as a power trio of Clayton, Douglas and Fulton. The county commissions restricted JDAMA’s powers by not letting it issue bonds. Instead, it apparently was intended mostly to market the counties and tout the jobs tax credit. A 1996 AJC story attempting to link that summer’s Atlanta Olympics to plastic factory development said the newly formed JDAMA had made its ‘first marketing foray”’— a junket to a trade show called ‘Plastics Fair-Chicago ’96.'”

According to the story, “Mikisha Calloway, a staff member of the Clayton authority [her title is senior research manager/office manager], serves as the paid staffer for JDAMA, according to Bolia. However, it was sometimes hard to tell where JDAMA itself was based, with various documents using the addresses of the Clayton or Fulton authorities. Recent meeting agendas obtained by SaportaReport show JDAMA using a post office box in the Clayton community of Rex, and Calloway responded to basic questions via her personal email address.”

We’re working the Clayton County angle of this story.

In related news, the state came out with its revised Uniform Chart of Accounts for Local Governments in Georgia. If you want to follow the money, this provides a roadmap. It explains how to read county and municipal accounting records.

Did we miss something? Please e-mail us directly.