Medical cannabis in Ellenwood: Big money but who benefits? 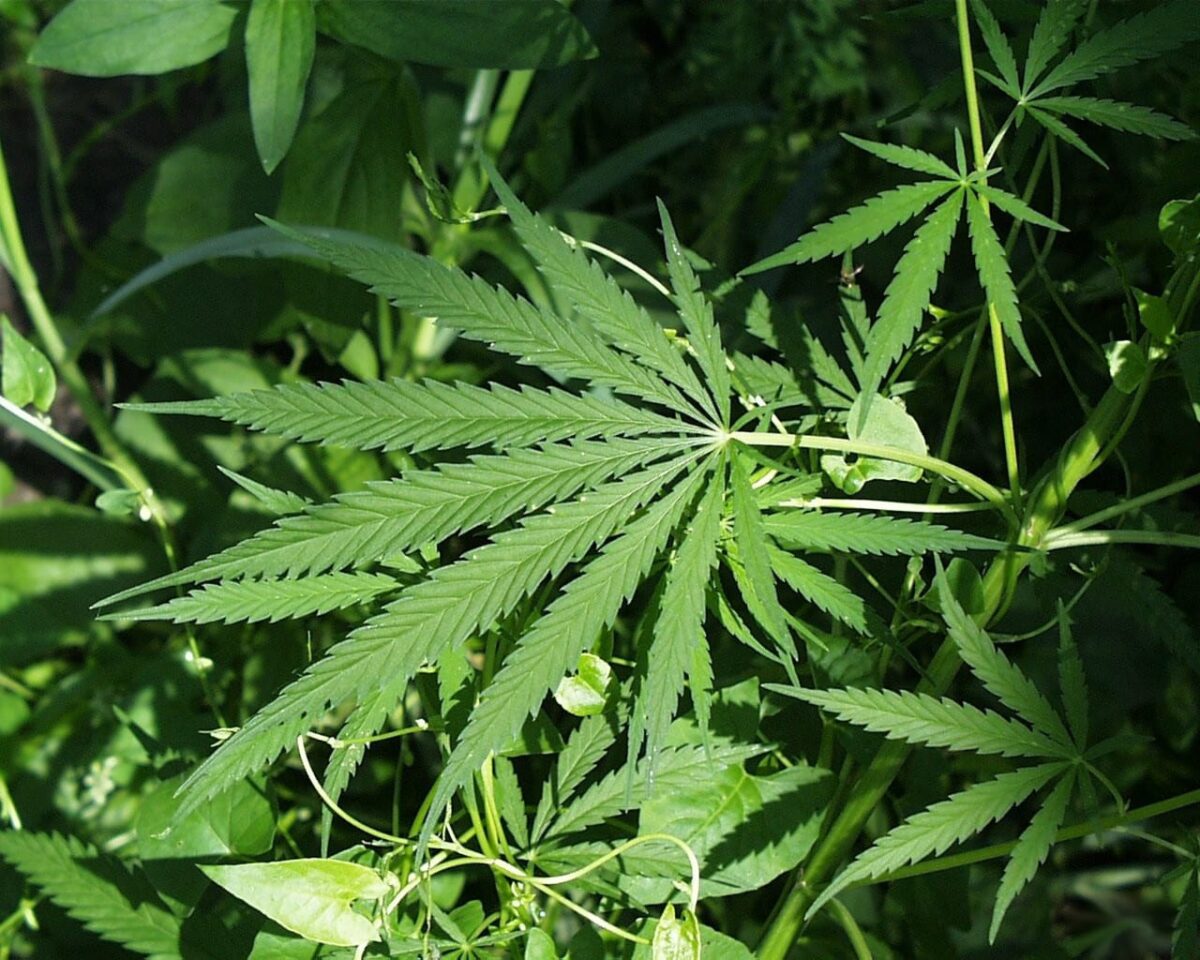 A proposed medical cannabis facility in Ellenwood could mean big money for Morehouse Medical School, not to mention the businesses involved in the deal. But will area residents pay the price?

By press time, 141 people had signed a petition opposing the facility and they want the Board of Commissioners to deny the business’ zoning request at Tuesday’s meeting:

The parcel where the operation would go is co-owned by McDonald Ventures XXIV LLC and Property Tax Consulting LLC. McDonald Ventures XXIV LLC is one of many similarly-named companies owned by John R. McDonald, a commercial developer whose empire stretches across the Southeast from Suffolk, VA to Tampa, FL. According to his corporate bio, “Over the past 40 years, Mr. McDonald has master-planned 3,600 acres, 42 business parks, 330 institutional quality facilities and 50 million square feet in partnership with individuals and institutional investors.” Property Tax Consulting LLC was organized by John E. Hunsucker. On July 19, the Georgia Secretary of State sent the company a notice of administrative dissolution/revocation. The Clayton Crescent sent both companies a request for comment about the project and the residents’ concerns. Neither responded by press time.

Maury Gusta started an online petition against Freedom Pharmacy Operations, LLC’s request on behalf of McDonald Ventures XXIV LLC for a conditional use permit. The company is asking to develop 140,000 square feet for warehousing, light manufacturing–and a greenhouse, which will be full of what the state is careful to call “medical cannabis” to distinguish it from “marijuana” that is illegal to possess, grow, sell, or consume in Georgia.

Gov. Brian Kemp signed HB 324, “Georgia’s Hope Act” into law in 2019, making medical cannabis production legal. The state makes a legal distinction between “medical cannabis,” which is licensed for highly-regulated pharmaceutical production of low-THC oil, and “marijuana,” which is illegal to possess, use, or sell in Georgia. About 13,000 people are on the state’s Low-THC Oil Patient Registry, according to state regulators’ 62-page response to questions about the request for proposals.

And the players in the legal cannabis game have enormous financial clout.

Freedom Pharmacy Operations’ organizer is Chester J. Hosch, an attorney with Burr Forman LLP. Federal Securities and Exchange Commission filings show J. Douglas Craft of Atlanta is the executive officer and director of the company. Other directors listed include Thomas Estes, Miles Marks, and Bennie Harris, all of Atlanta. Craft, Estes, and Mark are with Medicraft, a medical device company. Harris was senior vice-president of Morehouse School of Medicine, but left in June to become chancellor of the University of South Carolina Upstate.

In addition, Jay William Trulove of Berryville, AR is listed as a director. Truelove’s family runs Osage Creek Cultivation LLC in Carroll County, AR, which has a heavy faith-based component and whose security supervisor is a member of the U.S. Martial Arts Hall of Fame.

In January, Morehouse School of Medicine announced that it had entered into an equity partnership with Freedom Pharmacy. According to a press release from the school, “MSM owns 25 percent of the Class A founder’s equity of Freedom Pharmacy and have a seat on the Freedom Pharmacy Board of Managers.  Freedom Pharmacy will be applying for a Class 2 license allowing for a 50,000 square foot indoor cultivation and manufacturing facility that will be located in Clayton County. Freedom expects to hire 60 employees and have a significant opportunity to serve the patients of Georgia.”

“My neighbors feel we are considered to be an afterthought in this area,” Gusta said. “We have $250,000 to $310,000 homes in value. These warehouses will bring down our value, just in the past four years, we have had four warehouses built. Nobody wants to buy a house surrounded by warehouses, pollution, tractor trailers, and high safety concerns.”

Gusta said Ellenwood has more than 15 warehouses “on the Clayton County side,” plus six at Gillem Logistics Center in Forest Park, “so we have over 21 warehouses. We are becoming saturated with warehouses.”

“We don’t oppose the product,” Gusta explained, “even though I have concerns about ground-level ozone pollution and water consumption to grow the plants. However, it’s more of a concern that more green space is being taken where entertainment, dine-in restaurants, high-end apartments, retail shops, and medical clinics could go. Eventually, these warehouses will take all of that [to] where we won’t have any land to do anything else with.”

With warehouses, Gusta pointed out, come lots of big-rig traffic, “which has torn up our roads. And our roads are narrow, which means that our infrastructure cannot hold up to this level of traffic. Even though this company will use commercial vans, the level of increased traffic is still an issue.”

State regulations require the applicant for a medical cannabis license to submit a job-creation plan.

In addition, the Zoning Advisory Group has included in its conditions for approval this stipulation: “A certified training program shall be made available in Clayton County for employment opportunities with Freedom Pharmacy operations for Clayton residents.”

“The warehouses are not truly benefitting us and even though they say it adds more jobs, most of the warehouses are not even employing most of the Clayton County residents,” Gusta said. “According to the strategic planning update that the county just gave us…half of the employees who seek a job in Clayton County can’t get a job due to the failure of drug tests. So who are the jobs truly benefitting? It’s good that the job offers job training but our community needs more. We don’t even have a clinic on the Ellenwood side of Clayton County. However, we are getting more pollution, more traffic, higher safety concerns, more green space is being taken, and the economic development when it comes to jobs [is] not truly benefitting our county or community.”

Even if medical cannabis is processed and manufactured for pharmaceutical use, a massive greenhouse full of state-approved ganja could prove too great a temptation for some. In a county where criminals have been known to drive trucks through the walls of pawn shops and gun ranges to seize firearms, and where drivers’ pot smoke periodically flows into the vents of the cars around them, what would it take to keep the premises secure?

State regulators also require applicants to submit a security plan “that, at a minimum, includes details describing how the chain of custody will be maintained, documented, and made available for review by the Commission and the Georgia Bureau of Investigation.”

It turns out there’s a market for providing medical cannabis security, too.

Gusta said he’s not worried about the facility becoming an attractive nuisance: “No one has stated a security concern so far–only safety, quality of life, and an economic development concern for Ellenwood.”

He points to Camp Creek Marketplace and East Atlanta as examples of what Ellenwood residents want.

“We need entertainment, healthy food options, medical clinics and better air quality. We need more, we deserve more, and we will fight until we get more,” Gusta said. “Ellenwood is more than a warehouse. We are a family community and the community is not meeting the needs of our families. Clayton County has potential but we have to identify how we can make the area better, which means that the commissioners have to start listening to our demands and concerns.”

With no one in the District One commissioner’s seat at present, that could be a difficult ask. The special election is September 21–and a runoff could leave that seat empty until after October 19. Candidate qualifying began this morning and ends at noon Wednesday, July 21. At least seven candidates have filed Declarations of Intent to accept campaign contributions.

As of press time at the close of business Monday, July 19, four candidates show as having qualified: Alieka Anderson, Shegale Crute Thurmond, Hackwin Devoe, and Thomas Pough. Additional candidates have until noon Wednesday to meet qualification requirements, at which point the race will begin in earnest.

At a recent Board of Commissioners meeting, Chairman Jeff Turner had suggested that, as the only member representing the entire county, he should handle District One’s affairs in the interim. His suggestion drew pushback from other members but highlighted the county’s need for a succession plan should any board member become incapacitated or die.

Asked to comment on the zoning request and residents’ opposition to it, Turner said, “I knew there was some opposition but not 139 people.” (There had been 139 signatures on the petition when The Clayton Crescent asked for Turner’s comment.)

“I have not decided to ask the applicants to table their request yet but that is a consideration,” he added. “I’m sure if the zoning request isn’t approved tomorrow, then the cannabis commission won’t issue them a license and we’ll lose the project.”

The BOC will take up the zoning request during its meeting on Tuesday, July 20. The meeting starts at 6:30 p.m. but zoning matters and public comment specifically about zoning matters are handled separately after other board business. See the full agenda packet for information. The Planning and Zoning Department has recommended conditional approval. The item is number 29 on the agenda and the zoning request number is BOC-2105-0117 (CUP).