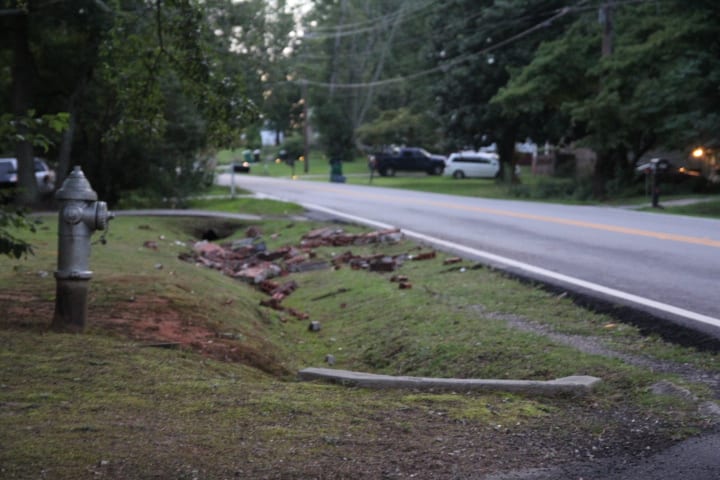 Police say one suspect “ambushed” them

Around 4:43 p.m. Wednesday afternoon, CCPD responded to a shooting near Conley Road and Mango Court, just off Jonesboro Road in Conley. When they arrived, they found a Black male dead inside a vehicle riddled with bullet holes.

CCPD spokesperson Sgt. Julia Isaac said the victim’s name and vehicle description were being withheld until next of kin had been notified.

“One vehicle overtook the other, and shot rounds into the vehicle,” Isaac said. Police had not identified the shooter nor the vehicle from which the shots were fired. Isaac said it was too soon to say whether the incident had stemmed from road rage and that the investigation is ongoing.

Around sunset, bricks were strewn across the right of way and tire tracks were visible in the grass in front of a house on Conley Road just before Mango Court, where the victim’s vehicle apparently had run off the road.

Earlier Wednesday, CCPD responded to a domestic dispute in the 700 block of Mt. Zion Road at the Park at Mt. Zion Apartments in Jonesboro. Police. According to Ofc. Jordan Parrish, the suspect flagged down the officers, then began shooting at them. Police did not shoot back because of the number of people nearby, Parrish said. When the suspect stopped shooting, he allegedly ran towards the rear of the complex, with officers chasing after him. Using K-9s and a perimeter, CCPD caught the suspect.

No one was shot. CCPD is characterizing the incident as an “ambush.”

Online jail records show a Keith Andre Barnes, 27, whose address on record is in the complex where the shooting took place, was booked at 2:24 p.m. Wednesday. He faces six counts of aggravated assault, two counts of weapons possession during a crime, and one count each of criminal use of altered ID mark, theft by receiving stolen property, and cocaine trafficking.

Barnes is scheduled to appear before Magistrate Judge Keisha Wright Hill at 10 a.m. on Thursday, July 15.