Jul 14, 2021 Board of Elections and Registration, elections security, grant money 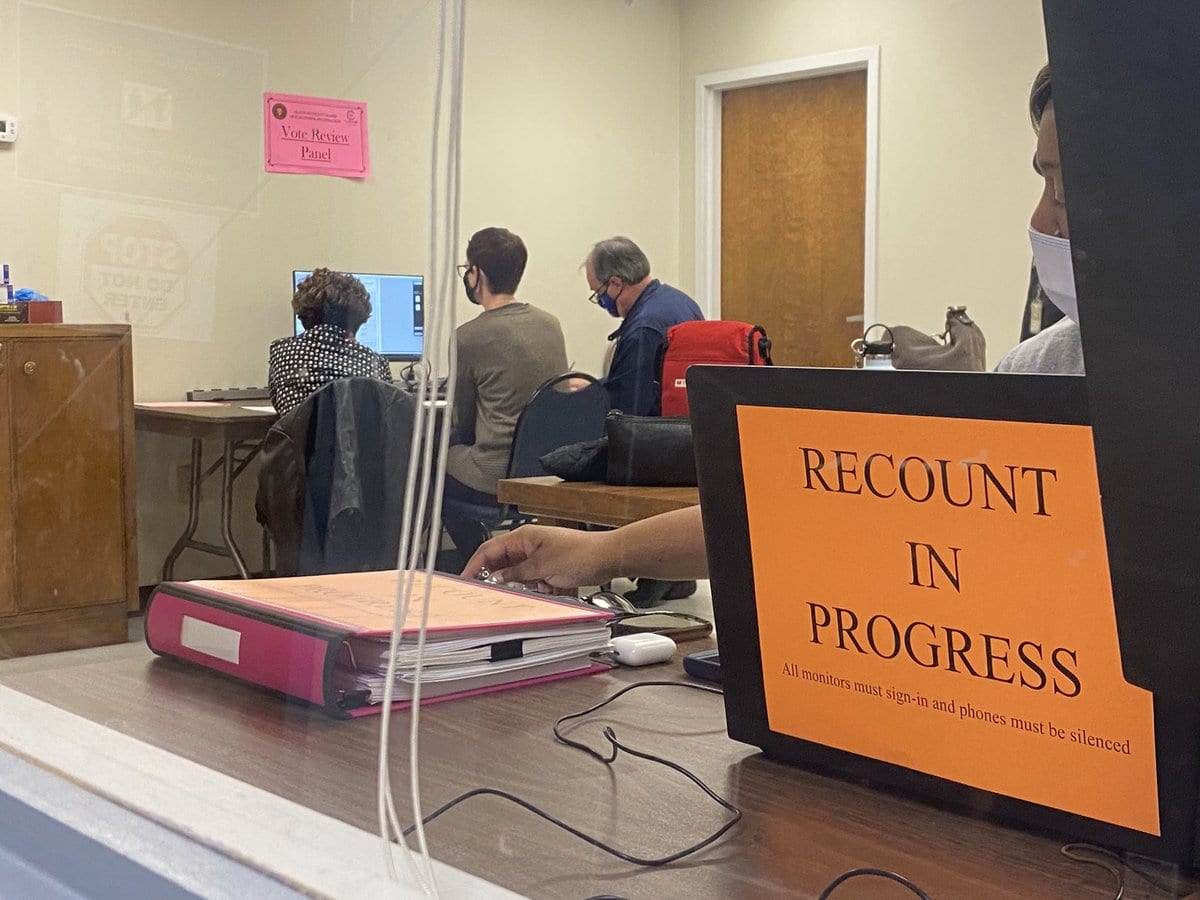 The Clayton County Office of Elections and Registration is having to return about $600,000 in grant money because, according to member Pat Pullar, the county has dragged its feet on finding a suitable space for the office to relocate.

The Clayton Crescent is working to clarify the exact amount and the source of the funds that had to be returned.

Because the grant money was specifically for a new facility, and because the money was not spent before June 30, it now has to go back to the grantmaker, according to Elections and Registration Director Shauna Dozier. What’s more, recent changes to state election law now forbid county elections offices from accepting grant money. That means the county likely will have to come up with the money for a suitable elections and registration facility out of its own budget–and taxpayers will have to foot the bill.

Pullar said the office has been shown buildings in the past, only to see those prospective spaces given to other county departments.

Because of security issues surrounding elections documentation, not just any empty building will do, county attorney Chuck Reed said.

In addition, Dozier told the board, the department has heightened concerns about the physical safety of elections workers since the November 2020 election and ensuing risk-limiting audit and recount. Large numbers of elections observers converged from around the state and were deployed in a coordinated fashion throughout The Bunker during the November count and at least one was ejected by a Clayton County Police officer after taking cell phone video of the count in progress. On the night of the January 5 Senate runoff, elections staff picking up ballots from boxes were tailed to the point that they pulled into a Clayton County Fire station and called police.

The new building would have to have enough space for all the elections machines, ballot boxes, and supplies, as well as training rooms for elections workers, spaces dedicated to absentee ballot counting, and room to expand in coming years. It also would have to be secure.

A search of the county Board of Commissioners minutes from 2020 to the present show the department sought permission to apply for and accept grants from the following sources:

According to a November 8, 2020 interoffice memo, Elections Director Shauna Dozier had applied for and won $3,060,197 from the Center for Civic Tech and Civic Life, as well as $866,944 from the University of Southern California Schwarzenegger Institute for State and Global Policy. The Center for Civic Tech and Civic Life grant was “exclusively for the public purpose of planning and operationalizing safe and secure election administration in Clayton County,” while the Schwarzenegger grant was for “in-person voting cost and absentee voting costs,” with “[particular] interest in increasing absentee voting access and the opening of our new (7) seven polling sites along with the associated costs.”

The BOC also gave Elections and Registration permission to spend $475,891.15 from those two grants for equipment from Dominion Voting Systems, as well as $177,824 from the Center for Civic Tech and Civic Life grant for two 2021 Kenworth T270 stock trucks.

On January 5, the BOC approved an emergency purchase from SHI International Corp., through the county’s Elections Other Minor Equipment Funds, for computer equipment for early voting and absentee processing.

On May 18, 2021, the BOC gave Elections and Registration the OK to spend $189,885 in U.S. Democracy Grant funds on a document scanning management processor and program from Opex Corporation.

Under SB202, which asserted that counties that sought outside grants had a “political advantage” over other counties and that such grants should be divided up across all 159 counties, “No [elections] superintendent shall take or accept any funding, grants, or gifts from any source other than from the governing authority of the county or municipality, the State of Georgia, or the federal government.” The same ban applies to county boards of registrars. This change means Clayton County–and all other counties–can no longer apply for outside nonpartisan funding to conduct elections when the state mandates multiple recounts.

The law does not address the fact that any outside grants would have to be approved by the county governing body–in this case, by the Clayton County Board of Commissioners–nor the fact that whatever funds the county would “grant” to its own elections department would be coming out of the county budget.

And if future elections also are to be recounted one or more times, that expense multiples exponentially.

SB202 also gives the State Election Board the power to appoint a “performance review board,” comprised of “three competent persons…one of whom shall be an employee of the elections division of the Secretary of State and two of whom shall be local elections officials [not from] the county or municipality…under review.” Their services can be requested by:

Those three appointees would then make a written report to the Secretary of State, State Elections Board, and local governing authority “regarding the technical competency in the maintenance and operation of election equipment, proper administration and oversight of registration and elections, and compliance with state and law regulations.”

The State Election Board is also free to appoint a performance review board if it is unhappy with a local elections official–and the local government is mandated to pick up the tab for the review board’s mileage, meals, lodging, and “costs of materials.”