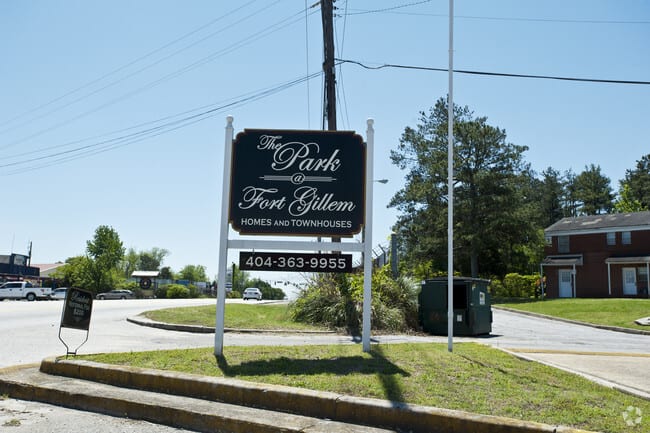 Results in about 3 weeks

Testing done by Oasis Consulting at the Park at Fort Gillem Apartments is “complete,” according to Forest Park Mayor Angelyne Butler.

In a July 12 e-mail to The Clayton Crescent, Butler said, “The sampling is complete and we are awaiting results.”

The Forest Park Urban Redevelopment Agency, according to Butler, owns the ground beneath the old Army base housing. The units themselves are owned and operated by a private company, Reliant Development Group, LLC. Management there has not returned The Clayton Crescent’s requests for comment.

“However,” Butler wrote in the e-mail, “the Army is responsible under BRAC [Base Realignment and Closure] to address hazardous materials if found.”

The City of Forest Park made a deal with the Army to buy the decommissioned base. However, the Army cannot legally sell contaminated parts of the property until those areas are brought up to certain regulatory standards. Those areas, including one approximately 1000 yards from the complex, are not 100% contamination-free, and may continue to be monitored for decades into the future:

Oasis Consulting tested for lead-based paint, mold, and asbestos inside the apartments, according to Butler. Although the city is “looking to get an indicator of [environmental] matters inside the apartments,” this round of sampling apparently did not include tests for vapor intrusion, the privately-owned sewer system, or drinking water. The complex gets its water from the Clayton County Water Authority, not from local well water. The Army tested and shut down nearby wells years ago and paid to hook up those residents to CCWA water.

Butler wrote, “Ground impact does not run below the housing. No groundwater impact was found by the Army under the housing.”

The apartments are just east of the Fort Gillem Southeast Burial Site, which the Georgia Department of Natural Resources ranks as a Class I on its Hazardous Sites Index, making it Clayton County’s most toxic site.

The Army has known about contamination seeping into local creeks and groundwater sources for decades. Some toxins can rise in vapor form, from contaminated groundwater up through soil, and collect inside nearby homes and buildings. In 2014, the Army depressurized the slab under the Pride and Joy Daycare on Moreland Avenue just south of the apartments. Basically, depressurization allows an accumulation of toxic gases under a cement slab to be vented to the outside air. In this case, trichloroethene (TCE), which is known to cause kidney cancer and which research shows may be linked to non-Hodgkin’s lymphoma and liver cancer, was found at 10 times the amount detected in the air inside the daycare, according to the Georgia Department of Public Health.

That same year, the U.S. Environmental Protection Agency ordered the Army to test areas outside the base, check springs and private wells off base, connect people to county water, hand over all data to the EPA, mitigate bad indoor air, submit plans for fixing the problems, and solicit community input.

Amendments to the property lease between the Army and Holland Park L.P. in 1990 explicitly stated that the parties were aware of the pollution issues at the base and that the Army would not be responsible for any future problems arising from that contamination. In particular, Amendment 35 stated that the lessee (at that time, Holland Park L.P.) would pay to build, operate, and maintain the apartments’ sewage system, and that the Army was not responsible for any contamination “which occur[s] as a consequence of any migration of substances or contaminants from the ‘Known Buried Containment Area’ identified at Exhibit A-1.”

By law, the deed to contaminated property must include a notice to the new owners. However, nothing provides for that owner to notify any tenants of possible risks associated with the property. Some residents told The Clayton Crescent that no one had notified them of the nearby toxic sites when they rented their apartments.

Some residents also have complained to city officials and The Clayton Crescent recently about dust blowing over from the former Army base, where construction on warehouses has been underway for the past few years.

At this point, residents told city officials, they just want to know whether or not their health is at risk.