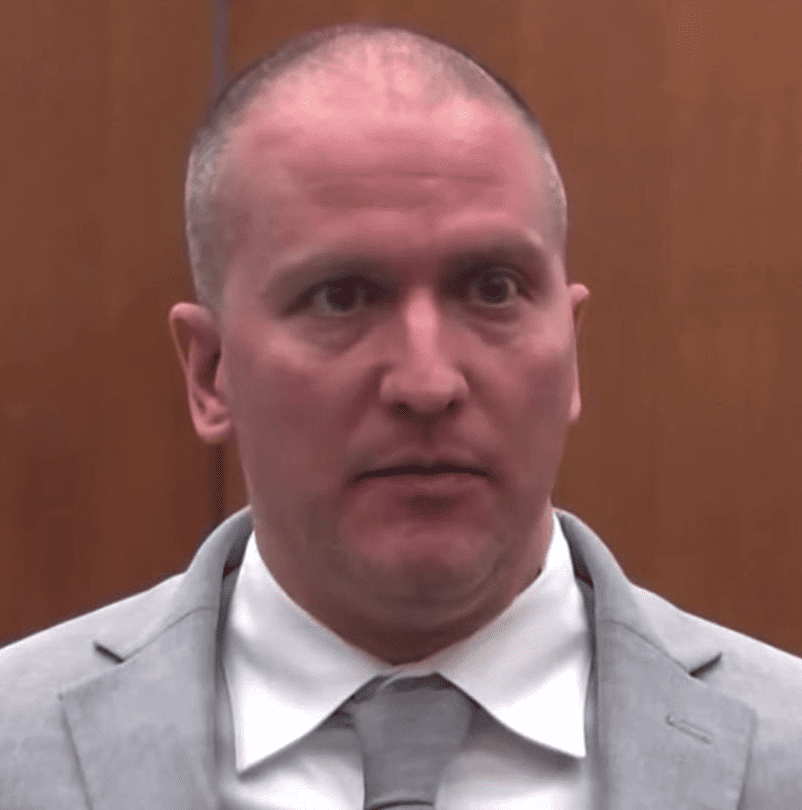 Former police officer Derek Chauvin has been sentenced to 22.5 years in prison for the murder of George Floyd.

Judge Peter Cahill thanked the families for their impact statements. He said he was attaching a 22-page memo to the sentencing order because it’s a legal analysis.

“What the sentence is not based on is emotion or sympathy, but at the same time I want to acknowledge the deep and tremendous pain of the Floyd family,” he said.

“I am not also basing my sentence on public opinion.”

Cahill gave Chauvin credit for 199 days served, and revoked Chauvin’s ability to carry guns or ammunition for the rest of his life.

The sentence was 270 months based on the abuse and “particular cruelty” Chauvin had shown in kneeling on Floyd’s neck until Floyd stopped breathing nine and a half minutes later. Counts two and three were merged as lesser offenses of count one.

During victim impact statements, the prosecution played a videotaped interview of Floyd’s young daughter, Gianna. Asked what she would do when she saw her father again, she said she would play with him.

“Those mean people did something to him…I miss you and I love you.”

Chauvin, head shaven and black circles under his eyes, seemed unmoved by the child’s statement.

Floyd’s nephew, Brandon, said, “The full extent of our pain and trauma will never be seen by the naked eye….George’s murder, this trial, and everything in between has been heartbreaking.” He asked that the maximum penalty be imposed.

Terrence Floyd, who repeatedly paused and sighed throughout his statement, told Chauvin, “What was going through your head when you had your knee on my brother’s neck?”

“I’m here to represent my brother,” he said. “On May 25, 2020, my brother was murdered, everryone knows, by Derek Chauvin…this situation has really affected me and my family. Any family member that has went through this, we are part of a fraternity of families, and it’s not one of those fraternities that you enjoy.”

He said he and George’s last conversation involved setting up play dates with their daughters.

“I’m going to have to explain that to her, and I think that’s even harder than standing here.”

He also asked for the maxium penalty. “We don’t want to see no more slaps on the wrist. We’ve been through that already. My culture and my community…if the roles had been reversed, we would have been under the jail for murdering somebody.”

Philonise Floyd, George’s brother, wiped tears from his eyes. “One year ago, May 25, my brother was murdered by Derek Chauvin and his codefendants by a knee to his neck for nine minutes and 25 seconds.” He said he went from bring a truck driver to speaking before the United Nations, but that he cannot sleep because he has nightmares of his brother “screaming for his life, over and over again.”

“George’s life mattered.” He asked again, particularly on behalf of his niece, Gianna, to give Chauvin the max with no possibility of parole.

“My family and I have been given a life sentence.”

Throughout, a masked Chauvin seemed to swallow a few times, but otherwise appeared unmoved by the victims’ impact statements.

“The typical second-degree murder does not include that extent of abuse,” Minnesota Attorney General Keith Ellison said. “We all saw it. Mr. Floyd did not want to be in the back seat….as soon as he got out of that back seat, he willingly went to the ground…he was placed on his side in the recovery position, as he should be, because he was trying to breathe,” but Chauvin put his knee on Floyd’s neck and two other officers sat on him, “and he’s telling Officer Chauvin, ‘I can’t breathe, I’m dying,’ and Officer Chauvin’s reponse was, ‘Uh-huh.'”

“This is nine and a half minutes of cruelty…to a man who was begging for his life.”

He asked of the 17-year-old and 9-year-old who witnessed the crime: “How are they going to process this?”

As for bystanders trying to help, he said, “Chauvin pointed his Mace at them.”

The four aggravating factors in Floyd’s murder, Ellison said, show “this was egregious,” and asked for 360 months–30 years. He also asked for 30 days to clarify the issue of restitution with the family.

The four aggravating factors in Chauvin’s sentence include:

“This is the time for our criminal justice system to say, ‘We hear you’…and reflect that in the sentence to be given.”

Chauvin’s mother, Carolyn Pawlenty, said she was speaking for her family.

She said the media, prosecution and public’s depiction of her son is “far from the truth” and that he is not a racist. “My son is a good man,” she said. “Derek always dedicated his life and his time to the police department,” volunteering to help on his days off, and said he has “a big heart…the public will never know the loving, caring man that his family does.”

She said he has played that day’s events “over and over again” in his head, and that “when you sentence Derek, you will also be sentencing me.”

“Derek. My happiest moment was when I gave birth to you, and my second was when I was honored to pin your police badge on you,” she said. “I remember you whispering to me, ‘Don’t stick me with it.”…I will always believe in your innocence….Remember, you are my favorite son.”

Pawlenty said nothing to or about Floyd’s family.

Defense attorney Eric Nelson said his comments would be brief.

“The court must craft a sentence in the interest of justice, a rather nebulous term,” he said, adding that, in this case, “that task is exceedingly more difficult.”

“This case is at the epicenter of a political and cultural divide,” he said. “Either way, some percentage of the public will view your sentence as a miscarriage of justice.”

Nelson repeatedly used the phrase “on both sides”–a phrase often used in recent public discourse to establish false equivalence–to characterize public opinion on the case, and noted the thousand of e-mails, letters, and calls he’s received.

He said Floyd’s murder has permeated public life, including the Presidential election, and said he hoped the sentence would have “a positive effect” on public discourse.

“Justice is blind…and it cannot be assailed by public opinion.”

Nelson acknowledged that Floyd’s death was “tragic” and that “the loss of his life simply can’t be simplified, ad it will take time.” He then asked the judge to consider the mitigating factors: the fact that Chauvin had been a police officer for 19 years, that his peers found him “a solid police officer” who did his job without complaining, with multiple lifesaving awards, who had been “decorated for valor,” an Army veteran and a father. “He too, his life, the life he has lived, he is not coming into this as a career criminal with six points, five points, four points.”

“Derek Chauvin was not even scheduled to work March 25,” Nelson said. Chauvin had volunteered to work that day.

“I know that this has been an incredibly difficult case for the Floyd family to endure,” adding that the case had changed the world, “I hope for the better.”

Chauvin then said, “Due to some additional legal matters that I’ve had, I’m not able to give a full statement at this time.” He said he wanted to extend his condolences to Floyd’s family, adding that there would “be some additional information of interest that I hope will give you some peace of mind.”