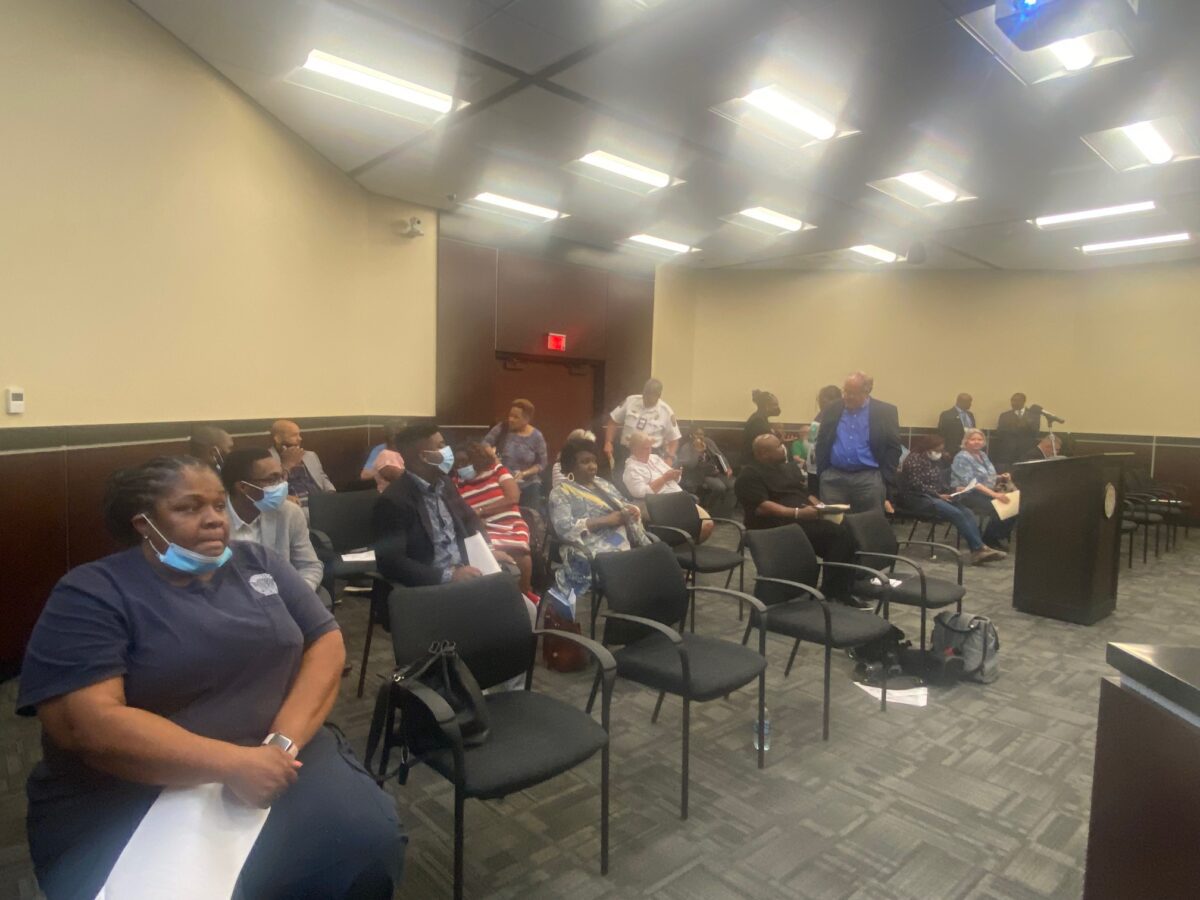 NOTE: This is a large audio file (200.3 MB) that contains both the work session (about and hour and 15 minutes) plus another 2+ hours of the regular meeting. We will split these into separate files but are posting them as is in the interest of informing the public.

You will experience uneven volume levels. We have tried to smooth these out as much as possible.

We have removed only crowd chatter between and after the meetings.

Should you experience problems accessing the audio on this website (due to file size or traffic), visit The Real Story with Robin Kemp (https://soundcloud.com/therealstoryclayton) on Soundcloud. You’ll find the story at the top of the show’s feed.

See the work session and regular meeting agendas, as well as the 2022 proposed city budget, which has a projected deficit of $500,000, according to City Manager Dr. Marc-Antoine Cooper.

For questions about specific budget line items, contact your councilperson:

This audio is provided in the interest of public access due to the City of Forest Park’s having summarily dropped the livestream of its meetings. Several citizens who spoke during the public comment period can be heard requesting that the livestream be restored.

Citizens present also were successful in convincing the mayor and council to hold one more public hearing (special called meeting) on the budget this Friday, June 25.

No citizens attended the previous budget hearing, which is when the city dropped the livestream. The city’s poor quality livestream during last year’s budget discussions prompted The Clayton Crescent’s Robin Kemp to cover council meetings in person as an essential worker. Instead of allowing her to bring the proceedings to the public, city officials declared the public meetings “closed to the public.” As a result, The Clayton Crescent, with help from the Georgia First Amendment Foundation, the University of Georgia Law First Amendment Clinic, and media attorney S. Derek Bauer, convinced the city to install a dedicated professional livestreaming system in council chambers to accommodate the media and the public.

City officials summarily pulled the plug on the livestream soon after lifting the in-person ban on public participation. However, whenever there is any question about granting more or less access, Georgia sunshine laws require more public access, not less. The city has not responded to The Clayton Crescent’s requests for more information about why it chose to revoke access for citizens who are still unable to attend meetings in person for health reasons.

Unlike its prominent notices on agendas telling citizens that council chambers were closed to the public during the emergency declaration, the city took no such approach to pointing out that it had chosen to drop the livestream.

The city also continued to run a notice on its digital sign outside City Hall stating that the June 21 meeting would be available via zoom.us. When The Clayton Crescent asked for clarification right before the June 21 meeting began, city officials said they had forgotten to change the sign.