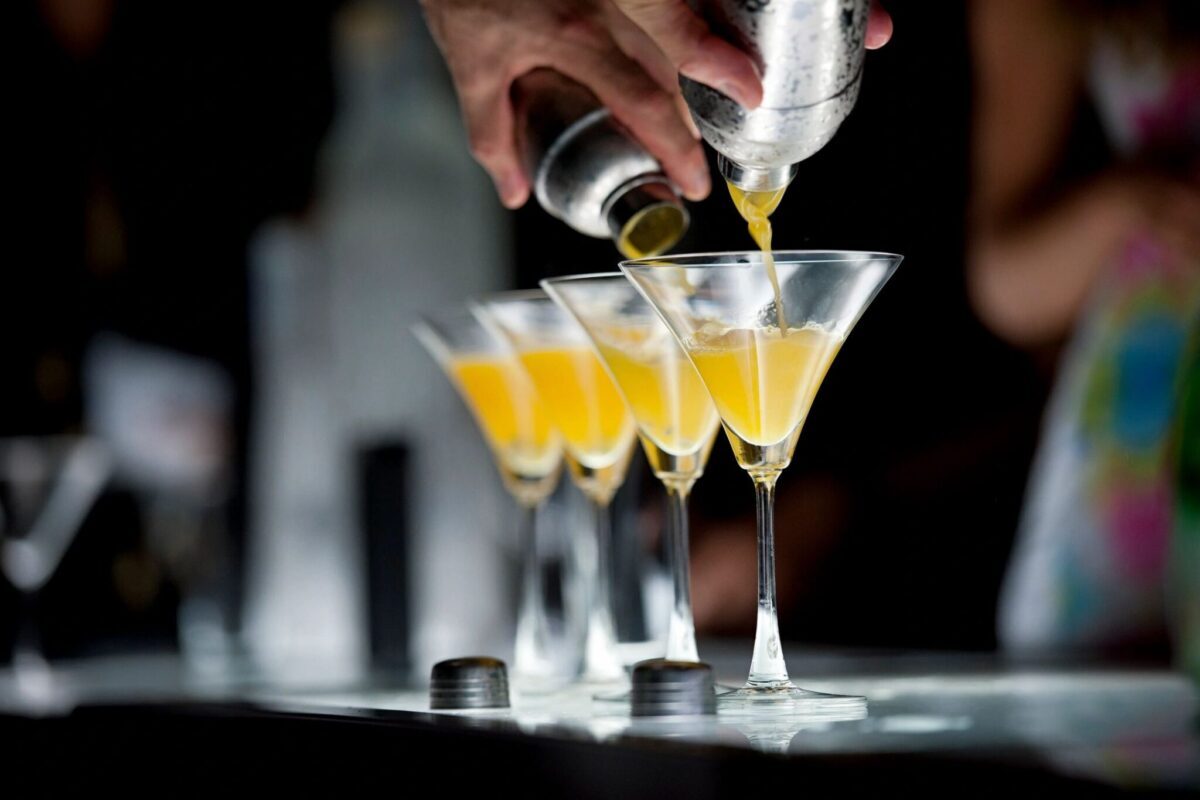 Two recent festivals, Food Truck at the Fountain and Fun Fridays in the Park, reportedly both gave participants free alcohol on city property. Councilman Héctor Gutierrez told The Clayton Crescent that the food truck event, which he sponsors, held at least one hour of open bar for those who came to the festival. On Friday, June 17, two separate text messages containing the same wording and photo were sent to The Clayton Crescent:

“The City can spend money on signs like this, but can’t clean up the trash and debris in the community. It’s sickening. I just sent a text to [Mayor Angelyne] Butler to ask why is she letting this happen and not there to let people know it is a City sponsored event and not one person. Why are they even letting them put up this stuff. The strip club ‘Rumors’ is passing out wristbands for VIP tables and free drinks. Her [Councilwoman Latresa Akins-Wells] brother is sponsoring bottles of champagne for the tables at the park. They are also selling hookahs.”

The messages included a photo of a special event banner at Starr Park Amphitheater featuring Akins-Wells.

Akins-Wells confirmed that Rumors had the alcohol license to serve at Fun Fridays in the Park on June 17. she also told The Clayton Crescent that her brother was not giving away champagne or selling hookahs at the event.

“Vendors at every event pay a vendor fee to sell whatever they want,” Akins-Wells said. “My brother donated $200-some dollars of his own money from his legit business to sponsor the event. That’s why his name was on the card. I don’t know what these people [who sent the texts] are looking for.”

Gutierez said he did not know who had paid for the open bar at Food Truck at the Fountain.

“I will find out and let you know, Robin,” Gutierrez wrote in an e-mail.”I didn’t use my Ward money though, I know that. I will talk to my City Manager [Dr, Marc-Antoine Cooper] tonight and let you know.”

The Clayton Crescent also has asked Mayor Angelyne Butler, Cooper, and City Attorney Mike Williams to clarify whether or not city funds have been used to pay for alcohol at city-sponsored events. We’ve also requested all permit applications and approvals or rejections from the Forest Park Police Department and the Forest Park Planning, Building, and Zoning Department, both of which would have to sign off on any requests.

We also left a voicemail for the manager of Rumors to clarify who paid for the drinks. We’ll update when we learn more.

At 11:35 a.m. Monday, June 21, The Clayton Crescent filed an Open Records Request with the city to determine who, if anyone, had paid for free alcohol at both events. At 12:03 p.m., Akins-Wells sent out this text message to supporters:

“It’s budget time! Click here to see the proposed budget for the new fiscal year? https://www.forestparkga.gov/sites/default/files/fileattachments/finance/page/2771/proposed_fy_22_budget_.pdf Do you enjoy events like Fun Friday, Forest Park Day, etc? Did you know setting our budget effects [sic] that? If you enjoy the FREE community initiatives, programs, and events! Come out on Monday and make your voice heard to the Governing Body that not only you want these events but we need them regardless of who is hosting and sponsoring them. Budget is always important but this one is super important because potential changes and deletions to the events that you all love are being discussed. As a champion of the people I am fighting hard to keep these events and programs for our community but I cannot do it alone. Come out to the Forest Park City Council meeting on Monday at 6:00 p.m. in the Council Chambers to sign up to speak to make your voice heard!”

What does the law say?

We’re waiting on clarification from the city attorney as to whether city funds can be used to give out free drinks at city events, but here’s what the city code says about alcohol generally at city-sponsored events:

The code mentions nothing about the use of hookahs at city-sponsored events.

Who can sell alcohol?

Under Georgia law, alcohol sales are regulated by a three-tier system, according to the Georgia Municipal Association:

All three tiers require the proper permits and licenses.

Rumors has a current license to sell beer, wine, and mixed drinks on premises, according to the Georgia Department of Revenue. 138 licenses have been issued to Forest Park businesses to sell alcohol. Of those 138 licenses, 46 are active.

We’ve created a searchable table for you:

Some of those are for two different kinds of licenses at the same address, like Rendezvous Event Center and Banquet Hall LLC, which has licenses for "consumption on premises" and "special event profit." Other duplicates showing one active and one inactive license may indicate a physical address change, such as Rio Grande Restaurant.

What if the alcohol was donated?

Even if the alcohol was donated to a city-sponsored event, that could pose the appearance of a conflict of interest if the vendors also had business or personal ties to the city. However, city code as currently written may allow gifts like free alcohol from entities that may also be a party to legal matters, or do business, with the city.

The City of Forest Park and the city's adult nightclubs had a longstanding legal fight, which ultimately reached a settlement agreement. Since then, Rumors management has frequently donated holiday turkeys, sponsored girls' athletic teams, and made other civic-minded gestures, particularly in Ward 4, which Akins-Wells represents.

The city's ethics code lists "things of value" that elected officials cannot receive. That code specifically exempts donations from immediate family members, donations under $5,000, food and beverages consumed at a single event, and "food, beverage, or expenses afforded city officials, members of their immediate families, or others that are associated with normal and customary business or social functions or activities."

We'll update with any comments from city officials or releases of public records showing who actually paid for the alcohol at recent city-sponsored events.