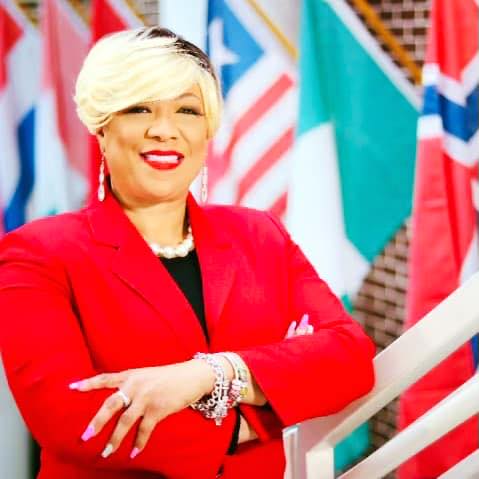 Questions over who would fill School Board seat and how

CORRECTION: changes qualifying “next week” to “next month”

Clayton County School Board Vice-Chair Dr. Alieka Anderson says she will run for the Board of Commissioners District 1 seat.

Candidate qualifying for the September 21 special election to fill the seat of the late BOC Vice-Chair Sonna Singleton Gregory begins at 9 a.m. July 19 and ends at 12 noon July 21, according to the Board of Elections and Registration.

Anderson said she’s not sure yet whether she would have to resign her school board seat in order to run in District 1. The Clayton Crescent asked whether she might endorse a particular candidate for school board.

“Currently, I have not gotten a definite answer to that question yet but if I do there are some very viable candidates that want to run for my seat,” Anderson said. “Therefore, I will definitely let you know as soon as we cross that threshold.”

The Clayton Crescent asked county Attorney Chuck Reed for clarification on the procedural question of whether Anderson would have to resign her school board seat upon qualifying for the BOC District 1 race, or whether she could stay in office until the election was decided.

Reed said, “Given that Dr. Anderson is represented by counsel for the School Board, I think that it would be better to ask the School Board’s attorney whether she should resign to run for another position. I do not believe it would be appropriate for me to comment on legal issues for a person I do not represent.”

CCPS Chair Jessie Goree told The Clayton Crescent that school board attorneys were working on the question of whether a special election would be required to fill Anderson’s seat, if vacated.

“According to the information I get from the Elections Office, it’s when you pay your [qualifying] fees,” Goree said after Sen. Jon Ossoff’s school funding press conference June 14.. “I think that automatically says that you resign from your seat,” adding, “We don’t know whether there’s a special election yet. We’re actually waiting to hear from our attorney [Clem] Doyle as to whether or not we would do, whether or not we would have a special election or whether we would appoint.”

Sukari Johnson of the Clayton County Democratic Party pointed to Article II, Section 2, Paragraph 4 of the Georgia Constitution, which states that elected officials who run for another seat effectively resign their existing position:

“I can’t speak to thoughts swirling around individuals’ heads of what they would like to see in a perfect world,” Johnson said. “Yes, there would be a special election for the remainder of Dr. Anderson’s term once she qualifies. As far as other candidates, we know of a few, but it’s hearsay until they qualify.”

Clayton County Board of Elections Chair Darlene Johnson said, “Yes, we will have a special called meeting and election to fill [Anderson’s] seat on the School Board. We are working to have anyone/everyone who vacates a seat to be on the ticket for the election in September.”

Johnson added that she was not familiar with whether the School Board’s charter would allow the board to appoint someone for the seat Anderson leaves until the election is held.

Candidate qualifying takes place next month at Clayton County Board of Elections and Registration Office, 121 South McDonough Street, Annex II, Main Floor in Jonesboro, at these days and times:

The special election will be held September 21, with a runoff if needed on October 19. Polling places for this election only include:

The last day to register to vote in the special election is Monday, August 23.

Other key voting dates for the special election are:

District 1 covers the northeastern part of Clayton County, including parts of Forest Park.

The Clayton Crescent has not been able to confirm reports of other people reportedly considering a run for BOC District 1. Gregory’s last opponent for the seat was Invest Clayton chair Regina Deloach.

For more information, contact the Clayton County Board of Elections and Registration.