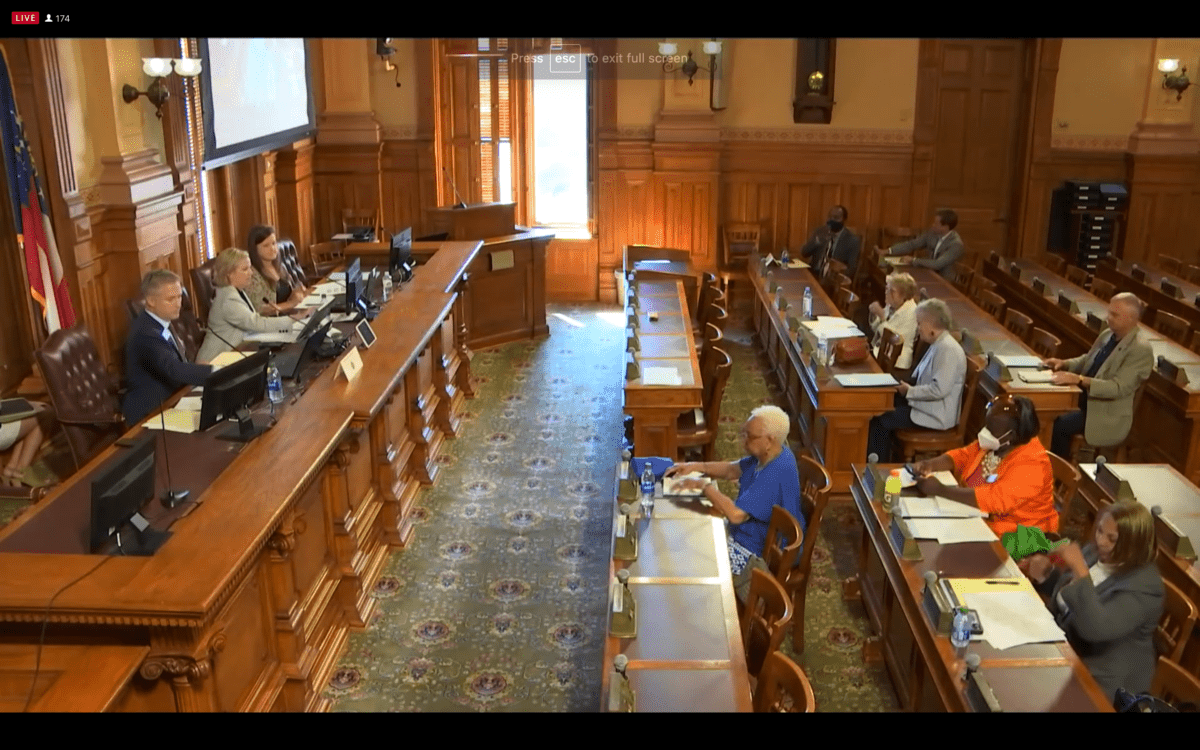 The first public hearing of a joint Georgia House and Senate committee on redrawing voting districts saw only about one-third of those who had signed up to speak actually give testimony. Those who did speak complained that the process was not transparent, that voters did not have enough advance notice of the hearing, and that the maps should be redrawn by a nonpartisan committee that did not include elected officials or people running for public office.

The Clayton Crescent has requested a list of names of those who had signed up to speak. Sixty slots at two minutes per person had been made available for members of the public to tell lawmakers how they wanted the important task to be done.

However, only 23 members of the public were called to speak. Of that number, six either did not respond when they were called to testify or said that they “passed” on addressing the joint committee.

That means 17 of the 60 slots, or 28.3% of those scheduled to testify before the joint committee actually did so.

None of the participants identified themselves as being from Clayton County.

Many others who had wished to speak were turned away because the Zoom testimony slots were full. Legislators told them to come to one of the future hearings in cities around the state, exact locations to be determined, or to submit their written testimony, but not given instructions on how or where to do so.

Ken Lawler, chair of the nonpartisan redistricting group Fair Districts Georgia, said that public participation, transparency during the process, and fair maps were the three top priorities lawmakers should focus on.

Lawler defined “fair districts” as those that:

Lawler announced that his group has partnered with the Princeton Gerrymandering Project, which has crunched data from the past 20 years to develop numerous maps that reflect what he said were fairly-drawn districts. Lawler invited state lawmakers to a briefing at 4:30 p.m. on Wednesday, June 16 for them to see the results and to learn more about Princeton‘s nonpartisan data analysis.