Drawing the line: Tell your legislators about reapportionment, redistricting 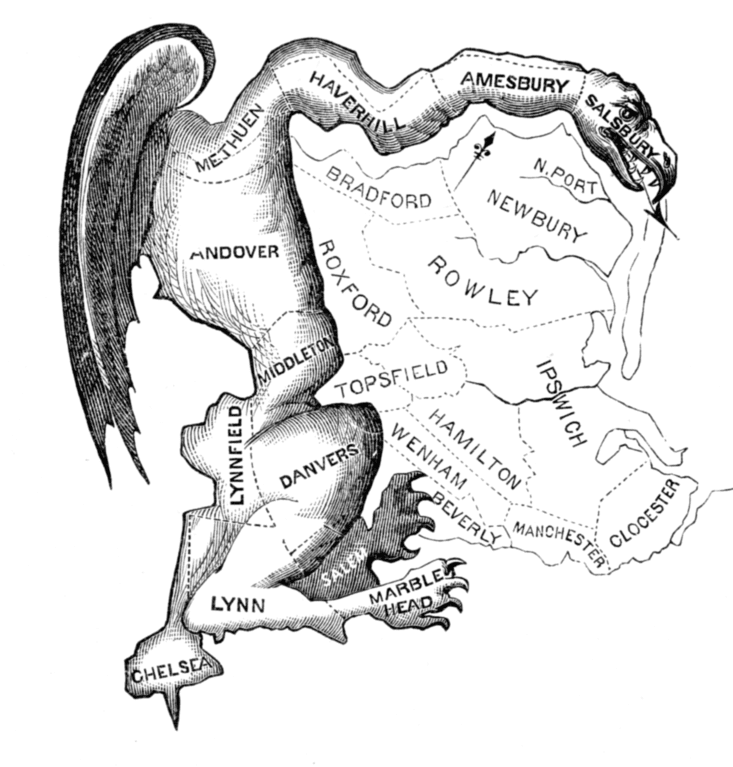 Clayton County and Southern Crescent residents should pay very close attention to a meeting at the Gold Dome that will decide how the borders of voting districts could change.

The process is called reapportionment and it has a huge impact on voting strength and representative government in your district, which can change its boundaries through a process called redistricting. Depending on how people are grouped into different areas, these processes can change the impact that your vote has at election time.

Members of the Georgia House and Georgia Senate will be meeting on Tuesday, June 15 at 5 p.m. in Room 341 CAP to hold a public hearing on upcoming reapportionment. The event will be livestreamed on the House Broadcast webpage.

According to the agenda, the committees will present what they call an “introductory video on reapportionment and redistricting” and take public testimony.

Members of the public are invited to sign up in advance to provide testimony or comments via Zoom during the meeting. After you register, you will be sent a link on June 14 to the meeting, which takes place June 15.

You should plan your remarks in advance (it’s a good idea to write them down and practice timing yourself). Because testimony will be limited to 2-5 minutes, “subject to change depending on how many individuals sign up to speak,” you might consider writing a short version as a backup.

In addition, the public is invited to submit written comments. However, the committees have not yet said how people can do that, stating, “The method for submission of written comments will be announced at a later date.”

What’s the difference between reapportionment and redistricting?

Every ten years, after the results of the U.S. Census come in, lawmakers sit down and redraw the maps that show where people go to vote. It’s perhaps one of the most powerful ways that a party can gain and retain power, even if it is in the minority in a certain area.

The governor has the power to veto those new maps, literally sending state legislators back to the drawing board. However, the federal government also has the power, through a consent decree, to vet the maps for any unfairly-drawn boundaries under the Voting Rights Act. (That process is extremely complicated and involves deep dives into individual districts beyond the scope of this article.)

When districts are blatantly carved out to favor a particular party without regard for local communities or geographical areas, that’s called gerrymandering. You might have seen a famous political cartoon that demonstrates the concept, with a crookedly-drawn district symbolized as a  monster:

The 1812 Presidential race pitted James Madison of the Democratic-Republican Party (see how political party names change over time?), which was aligned with Thomas Jefferson, against DeWitt Clinton of the Federalist Party, which was aligned with Alexander Hamilton. By changing the boundaries of certain districts, Madison’s party hoped to gain an advantage at election time. Even though the Federalists won in Massachusetts, the Democratic-Republicans won the most electoral votes, and Madison became President.

Here’s what the current Congressional districts look like in metro Atlanta:

You get representation at the federal level in one of two ways: by state (two senators) or by population (members of the U.S. House of Representatives who are elected by voters who live in districts that state senators and representatives determine, based on how many people live there according to the latest U.S. Census).

And it’s a lot easier to change lines on a map than it is to round up people whose politics you don’t like if you want to change the balance of power.

Your Congressional district is not the same thing as your county border or your state House or Senate districts.

For one thing, your Congressional district is much larger. It likely takes in more than one county or cuts across parts of counties:

One example is House District 5, “The Fighting Fifth,” where Rep. Nikema Williams (D-5) is serving out the remainder of the late Rep. John Lewis‘ term. It includes northern Clayton County, parts of South Fulton, and Southwest Dekalb. 708,928 people lived in the district in 2010, according to Census figures.

Similarly, House District 13, long held by Rep. David Scott (D-13), stretches from southern Cobb County, across all of Douglas County and south Fulton County into northeast Fayette County, the majority of Clayton County down from House District 5 to the Panhandle, and curving back up along the western side of Henry County to the Rockdale and Dekalb County lines. The 2010 Census said the district was home to 718,096 people.

Compare those to the exponentially larger districts with fewer residents surrounding metro Atlanta.

For example, the 10th Congressional district (694,613 residents in 2010), which stretches across parts or all of 25 counties from eastern Henry to the South Carolina border and is represented by Jody Hice (R) of Greensboro.

The 14th Congressional district, which sent Rep. Marjorie Taylor Greene (R) to Congress, had 694,398 residents in 2010, according to the Census. It crosses or encompasses 12 western Georgia counties from Dade in the far northeast corner of the state to Haralson and Paulding, right next to Cobb and Douglas Counties.

Where to draw the line

It’s not that simple.

Given the South’s long history of white politicians who try to keep Black people from getting elected to office–or from voting in the first place–redistricting is more about chess than checkers.

Say you have a district where 55.5 percent of the population (the majority) is of one race and 44.5 percent (the minority) is of another race. For the purposes of this example, you can use any race as the majority or the minority. We’ll use green and purple.

“Packing” means drawing one or two districts to contain minority voters and keep them from winning more districts.

Say you have 360 people in a district. 160 of them are green, 200 are purple, and they tend to vote only for people of their own race, given the choice between two equally-qualified green and purple candidates.

If the purples want to keep the greens from winning seats on the 40-member legislature, purple officials at the imaginary state capitol have two dirty tricks they can play:

Of course, the same strategy can be applied to political parties instead of racial groups–or to any other political or social division with a clear majority and minority. The Washington Post reports that, in recent years, Republican state legislators have gerrymandered Black voters into “majority-minority” districts as a way of corralling Democratic voters, since most Black voters are Democrats.

How do state districts affect Congress?

Georgia is an interesting case because it has so many counties–159, to be exact, second only to Texas, which has 254 counties. That means we have a lot of politicians under the Gold Dome–and a lot of people involved in the redistricting process.

You probably remember how your elected officials took every opportunity to remind people to fill out the U.S. Census last year, pointing out over and over how quick and easy it was to do online during the height of the COVID-19 pandemic.

The meeting on June 15 is why they did that.

This year, the stakes may be higher than ever because of COVID-19. The delay in gathering Census date means a delay in getting those results out to state legislatures around the country.

Rob Strangia is the GIS manager–the mapping expert–for the Georgia General Assembly. He said that the COVID-19 delay means the data that your elected officials usually have by now is delayed. Don’t expect it to get here in time for the meeting, he said–“definitely not before August 1, probably September 1.”

As a result, Strangia said, that leaves lawmakers “a very short window to do a special session, probably late October or November.”

Meanwhile, we’re one year before the primary for federal elections on June 21, 2022, and candidates who hope to win a seat in Congress or state office in November 2022 have already begun announcing their intentions.

If you’re a Democrat, you’re probably thrilled to have both U.S. Senators Rev. Raphael Warnock and Jon Ossoff in Washington, along with Rep. Nikema Williams in the 5th and Rep. David Scott in the 13th, a little worried about making sure voters turn out despite new absentee ballot time constraints in SB202, and feel that the party is gaining ground in Georgia.

If you’re a Republican, you’re probably fired up and more than eager to unseat those Democrats and replace them with Republicans like Georgia Agriculture Secretary Gary W. Black, who says he is running for Warnock’s seat, or flip a blue Congressional district to red, and ecstatic about new signature verification procedures in SB202.

If you’re a Libertarian, you may say, “A pox on both their houses!” and look for other ways to get your party represented, such as on city or county appointed boards or local elected offices.

Bottom line: The reapportionment and redistricting process is about the two-party system of government’s constant struggle to maintain the balance of power between majority and minority. Gerrymandering often results in one party putting its thumb on the scale and smacking away any attempts to remove it. It is bare-knuckle, sausage-making politics. And it has a direct effect on what you perceive to be your quality of life over the next ten years.

See current maps (based on the 2010 Census, not the 2020 Census) for the Georgia Senate, Georgia House, and U.S. House of Representatives

See technical information about data from the 2020 Census and how states take part in the program.

Research candidates and elections in Ballotpedia.