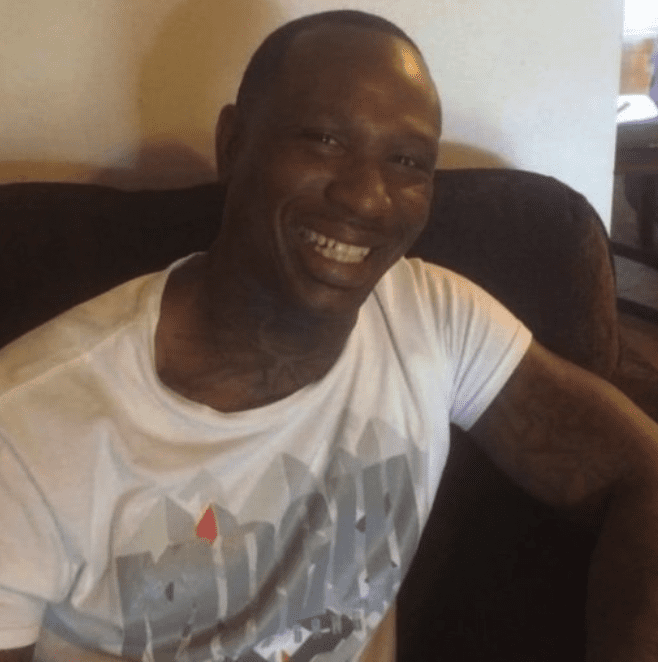 Ed. note: We are not reporting the names, ages, or address of the victims in this story because some are juveniles and all were listed as either complainant or victims of a domestic violence incident. Under Georgia’s Open Records Act, family violence records are not subject to release unless an arrest has been made.

The Riverdale Police Department has released an incident report on the pursuit and arrest of Chaka Stewart on May 11. Stewart was separated from his partner and had been moving out of their Riverdale home over three months. Two children–a teenager and a toddler–were present when an argument broke out between the two adults, then escalated. The teenager called Clayton County 911 and told them Stewart had a gun in his hand and was banging on the doors. Stewart, who fled Clayton County Sheriff’s deputies, was captured on rapper Rick Ross’ estate. Stewart made first appearance in Clayton County Magistrate Court on May 13 and was being held on $30,500 property bond plus $5,850 in fees.

CCSO has said that Stewart, who was facing numerous charges, was found dead around 7:10 p.m. May 15 in a Clayton County Jail cell. The Georgia Bureau of Investigation is doing an autopsy and investigation, the results of which will be turned over to the Clayton County District Attorney’s Office upon completion.

According to the report, Officer E. Molina responded to “a domestic disturbance with a gun call” at a home in Riverdale after the teenager who lived there called Clayton County 911.

Molina then interviewed Stewart’s ex, “who advised her and Stewart are separated, and Stewart has been moving out of the residence for approximately 3 months.” The incident report listed Stewart’s home address as being on Virgilian Street in New Orleans East.

According to the woman, Molina wrote, she and Stewart “had a verbal altercation.” She told him “to leave the residence or she will call the police,” but that “Stewart began banging on the garage door and the front door of the residence in an attempt to enter into the residence.” The woman said the teenager then called police.

Molina asked whether Stewart “had a firearm at the time of the incident in his possession, but [she] advised Stewart did not have a gun.”

However, “Lieutenant Hardeman contact[ed] Clayton County Dispatch who advised it was indeed the [teenager] of the complainant who called for police, and the [teenager] advised she saw Stewart banging on the front door of the residence trying to break in to the home with a firearm in his possession.”

Molina asked the woman “if her daughter may complete a witness statement form, but Lewis refused to allow [her] to fill one out.”

Molina asked the woman whether Stewart “placed his hands on her or made any physical contact during the incident,” but she said he had not. She filled out a Witness Statement Form and Molina gave her a Victims’ Rights pamphlet with the case number.

Molina noted that two children had been present during the incident, adding, “Stewart was transported to Clayton County Jail and charged with Criminal Trespass – Family Violence, and two counts of Cruelty to Children. My BWC was operational.”

A Facebook cut-and-paste meme describes Stewart as “a beloved son, brother, nephew, cousin and loving father to his 3 beautiful children [who] was well known and loved in his community.”

Stewart had previous convictions in Louisiana on drug trafficking and weapons charges. He had not been convicted of any of the charges pending in Clayton County at the time of his death.

If you are a victim of domestic violence in Georgia, here are some resources where you can find help.