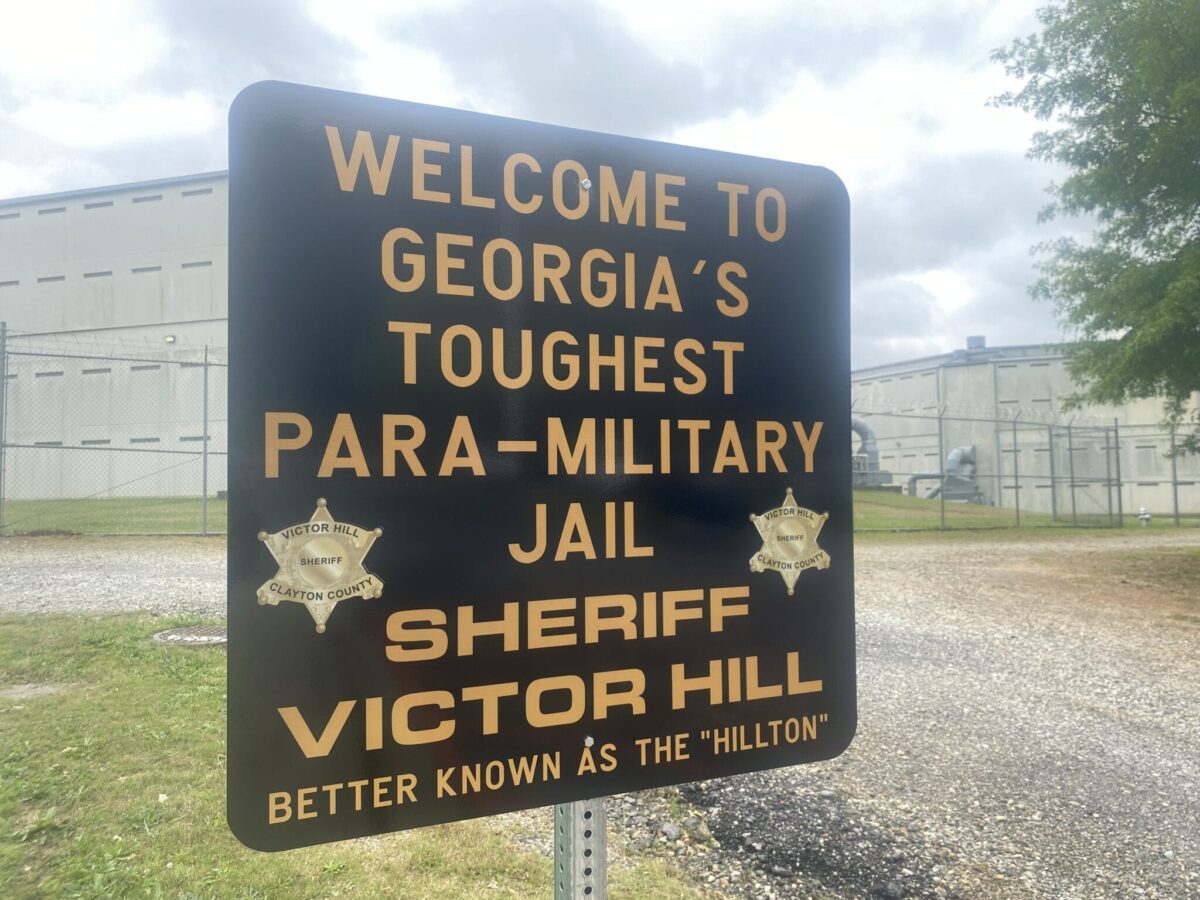 The Georgia Bureau of Investigation says it is investigating the May 15 death of a Riverdale man at the Clayton County Jail.

Chaka Cetewayo Stewart, 40, had been arrested after allegedly trying to break into a house while armed, then leading Clayton County Sheriff’s deputies on a high-speed chase that ended near rapper Rick Ross’ Fayetteville mansion.

CCSO says Stewart, armed with a pistol, fled onto Ross’ property, where he was arrested. Ross was not home at the time.

Stewart faced 13 counts at the time of his death, including violation of Georgia Controlled Substances Act, traffic violations, fleeing from officers, obstruction of an officer, cruelty to animals, cruelty to children, and criminal trespass.

His first hearing before Judge Keisha Wright Hill took place May 13 and he was awaiting a June 28 preliminary hearing. Stewart was being held on $35,500 in property bonds and $5,850 in fees, according to online jail records. Clayton County Police Department is listed as the arresting agency in CCSO’s online jail records. A CCPD spokesperson tells The Clayton News that the Riverdale Police Department was the arresting agency.

Stewart had not been convicted of any of the charges against him in Clayton County when he died.

The Clayton Crescent has filed Open Records Requests for more information from CCSO and Riverdale Police.

“Preliminary information indicates that at approximately 7:10 p.m., while a Clayton County Sheriff’s Detention Officer and a Clayton County Sheriff’s Office Medic conducted evening rounds, an inmate identified as Chaka Stewart, 40 years old, of Riverdale, was discovered in his cell unresponsive. Stewart was in his cell by himself. Upon observing Stewart, life-saving measures were immediately started, but Stewart was discovered dead. An autopsy will be performed at the GBI Medical Examiner’s Office.

“The GBI will continue to conduct an independent investigation and upon completion, the case will be turned over to the Clayton County District Attorney’s Office for review.”

According to TMZ, Stewart’’s mother, Jacqueline Smith, “last spoke to her son Friday, and claims he told her he was being mistreated behind bars. Gordon alleges Stewart said he was being beaten — unclear if he was blaming officials or other folks behind bars — wasn’t allowed to shower and was confined to his cell for 23 hours a day. Gordon also claims one of the deputies told Stewart he’d never be getting out of there … while also asserting Georgia authorities have been ducking her and her inquiries.”

Hill is facing federal charges that he allegedly abused inmates at the jail. A separate federal case, Jones v. Hill, alleges the jail neglected to ensure inmates were adequately protected during the COVID-19 pandemic. Hill has said the cases are politically motivated.

According to Sheriff Victor Hill’s Nixle page, TMZ was originally tipped off about Stewart’s arrest by a passerby who had seen law enforcement vehicles massed outside Ross’ home.

“Sheriff Victor Hill has enjoyed Ross’s music over the years, but the two did not meet today due to Ross being out of town,” Hill said at the time via Nixle. “Meanwhile, the detention facility known to all as “The Hill-ton” will have a new guest to face the wall at Georgia’s toughest para-military jail!”

A Facebook meme describes Stewart, a New Orleans native, as “a beloved son, brother, nephew, cousin and loving father to his 3 beautiful children. He was well known and loved in his community. He grew up on Dumaine St. in the 5th ward before moving to the 9th ward on Delery St. Chaka Stewart was a student at Lawless High School, c/o 1998. He later attended Southern University in Baton Rouge….His life was taken away not long after his last call to his family in which he spoke of violent and harsh abuse and threats to his life….How does a trip out of town lead to death after being detained. No gun or drugs or anything was found that was a threat during his arrest!”

Stewart was well-known to New Orleans law enforcement. He had been convicted on drugs and weapons charges but a murder case against him had been dismissed.

In 2012, Stewart pleaded guilty to a federal charge of possession of a handgun by a convicted felon. In 2011, according to the U.S. Attorney for the Eastern District of Louisiana, Stewart had been shot in the back while riding his motorcycle. “While receiving treatment at the University Hospital ER, the attending physician noticed a gun sticking out of Stewart’s back pocket. The doctor removed the weapon and notified the Hospital Police, who took custody of the gun and contacted the New Orleans Police Department. ” Stewart had been convicted of possession crack in 2003 and possession of crack and marijuana with intent to distribute in 2008.

A story on the Times-Picayune’s website, nola.com, reported that Stewart and another man, Fred Malone, were indicted in a 2003 murder-for-hire case: “The theory was that Fred “Freakie Freddie” Malone hired Chaka Stewart to kill [Carlos] Rhodes because Malone believed Rhodes was one of those responsible for a carjacking the previous month that cost Malone his beloved Chevrolet Impala and $2,300 in cash.” Rhodes was shot dead in New Orleans’ Lower Ninth Ward near a second-line celebration.

However, two witnesses who had picked out Stewart from a photo lineup disappeared from the hospital where they were being treated. A third witness later recanted, “telling an assistant district attorney that if he took the stand, he would say that police had beaten him until he agreed to make the statement. Prosecutors later dismissed the case.” According to nola.com, the detective on the case, Jimmie Turner, “was in the courtroom as Malone and Stewart pointed at him from their seats and laughed.”

Ed. note: It is the policy of The Clayton Crescent not to publish mugshots unless an active manhunt or similar imminent threat to public safety is underway.