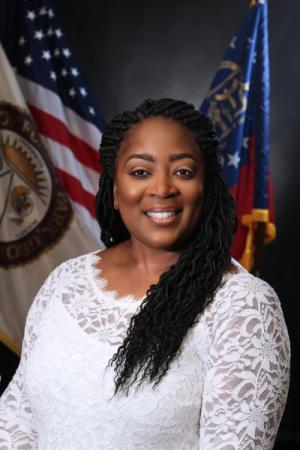 Mayor Angelyne Butler vetoed a 3-2 decision by the Forest Park City Council to hire outside counsel that possibly would have filed legal action against her in the wake of Fire Chief Don Horton’s termination.

“The proposed litigation to challenge the veto powers bestowed upon me, as Mayor, by the Charter is a frivolous waste of taxpayer dollars,” Butler wrote. “Skillful attention has been taken to ensure that ALL actions, recommendations, and vetoes are done with the sage and astute council [sic] of our City Attorney, Michael Williams. I proudly stand by each veto I sign.”

At its May 17 meeting, after the council returned from executive session, Councilman Héctor Gutierrez made a motion, seconded by Councilwoman Latresa Akins-Wells, to retain the law firm of Bondurant, Mixson and Elmore for possible legal action against Butler. Also voting in favor of the resolution was Councilman Dabouze Antoine. The majority said it thought Butler could not overturn a personnel matter under the city charter.

Voting no were Councilmembers Kimberly James and Allan Mears, who also said the effort would be a waste of taxpayers’ money. Mears said the funds would have come out of reserve. James said she told Antoine the effort would be “a lose-lose” for the city no matter how it came out.

James reiterated Wednesday that she thought the effort would have been a waste of money. She added that it is the council. not the mayor, who has the power to overturn such decisions, because every item the council passes is either an ordinance or a resolution. James said that it is up to the council to change the laws if it does not like the way they are written.